The problem itself is common and discussed very often - a webserver behind a reverse proxy has no direct connection with a client so additional reverse proxy config is required to show client IP within application. This is achieved by adding so called http headers X-Real-Ip and/or X-Forwarded-For which are only used by Nexctcloud if this header come from know TRUSTED_PROXY. So the config in general is not rocket since and was working in my setup with traefik reverse proxy and Nextcloud Apache image for ages…

Apache Docker image is expected to use X-Forwarded-For header by default in Docker (given the fact docker networks are by default in 172.16.0.0/12 range)… If this doesn’t work there are two more variables to add trusted_proxies and APACHE_DISABLE_REWRITE_IP=1 which worked good with container running root mode.

Assuming some fail within docker or maybe traefik proxy I changed the logging directive for Apache2 server in the container (mount /etc/apache2/apache2.conf config file as shown above) - added [%{X-Forwarded-For}i] [%{X-Real-Ip}i]at the end of the log line:

And now the final thought - the problem must be related to the Apache mod_remoteip module… Reading through the docs show the config used by Nextcloud docker is not ideal!

this is how it looks by default:

the idea is to accept proxy headers from system within IPv4 private address range (RFC 1918)… The problem is RemoteIPTrustedProxy does not accept IPs from private networks!!

The solution is to use RemoteIPInternalProxy directive:

The RemoteIPInternalProxy directive adds one or more addresses (or address blocks) to trust as presenting a valid RemoteIPHeader value of the useragent IP. Unlike the RemoteIPTrustedProxy directive, any IP address presented in this header, including private intranet addresses, are trusted when passed from these proxies.

changing the file (thankfully we have it local on the docker host): to

Hi, I’m finalizing my nextcloud installation with docker on my Pi4. Everything is running fine. The only problem is that the nextcloud log always displays the IP of the reverse proxy (172.18.0.4) instead of having the real IP. I added the IP in config.php as a trusted proxy. 'trusted_proxies' => ['172.18.0.4'], I also configured the following according to the manual: php occ config:system:set overwriteprotocol --value="https" php occ config:system:set overwritehost --value="cloud.mydomain.…

Hi together, About a year ago we have noticed, that our nextcloud cannot be accessed any more by the adroid client, when the smartphone was using a few specific, mostly small privat WIFI networks. A long error search brought us to the point, that this may be caused by the app trying to access via ipv6, but the host not responding on that channel. We are running the nextcloud using the DNS service inherent to our router (myfritz domain), so it is accessible from the web on some weird port (6971)… 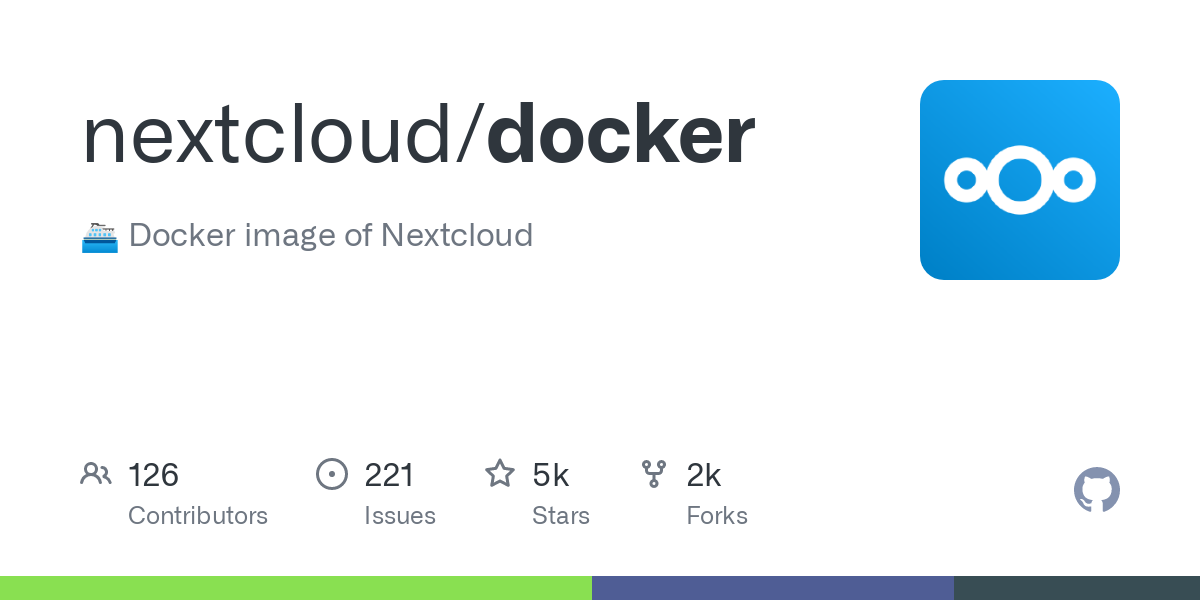 How to get the real IPs in logs 📦 Appliances (Docker, Snappy, VM, NCP, AIO)

I run Nextcloud in a docker container (:latest, currently 18.0.4). I access it via a reverse proxy. When looking at the logs, I see one single IP address as the source (the docker network gateway). It seems that the logs display the IP address of the proxy and not the one from the header X-Forwarded-For, which is the real one (and the only one interesting). Per the documentation, I updated my configuration file with 'trusted_proxies' => array('172.18.0.0/16'), 'forwarded_for_headers' => array…

Oh man, finally, real client IPs in the logs! Thank you so much for sharing.

Also, I wasn’t aware of Allow to run with custom uid by J0WI · Pull Request #1812 · nextcloud/docker · GitHub - that is wonderful!