What will be the default Note app?

What will be the default Note app of Nextcloud ?

Is there a need for one specific note app to be default? I’ve used both of the ownCloud notes apps quite extensively, and both are good… for different usecases.

Zaclys, ownCloud provider, don’t know what note app to use.
I recommend them this one “Notes” but they used this one “ownNote” previously.

Good integration with OneNote would be nice

Good integration with OneNote would be nice

Integration with MS Office and LibreOffice is a must. Even if it is just launching the file in the application; not that I have any idea what is involved in this.

Is there a need for one specific note app to be default? I’ve used both of the ownCloud notes apps quite extensively, and both are good… for different usecases.

I think this is exactly what op was referring to. Wouldn’t it make sense to have one official note application that can be focused on and highly developed, instead of multiple options that only meet some requirements? Nextnote maybe

I agree with @nullnvoid when I was choosing a note application for OC each version had different features, I needed the mix of both.

Edit: if we have one application this will eliminate the problem

To me, the two apps target different use cases. One is ultra quick and simple. The other is more comprehensive in terms of allowing pictures, markup etc. Personally I love the simplicity and speed of my current notes app, and would actually consider it less effective for my needs if they started making it include formatting, pictures etc (and thus using html/markup etc instead of direct editing .txt files).

Even if you had an app that could act either way based on whether you were editing a text document or html file, then you’d still slow down the process for straight text notes versus what I have now, by making users have to choose what kind of note was being created every time a new note was created etc.

If you prefer the more comprehensive style of note taking, then I’d recommend requesting any missing features of that app, rather than trying to limit Nextcloud to only having one type of app in each category.

I would argue that they should be combined, with basic and advanced tabs. Multiple apps doing essentially the same thing is not a good idea, IMO.

The trouble is, in this case, more options actually does away with the key value that the current notes option provides to me, namely that creation and editing of notes is made ultra fast and easy by the lack of needing to choose between whether I want an advanced or a basic note, or having to learn different interfaces based on whether I’m editing a note that doesn’t allow formatting versus one that does, or having to remember when I look at the locally synced file, whether my note was an html file or a txt one. etc.

In other categories of software, you don’t try to combine all of them into one. You look at the categories of different use cases are, and create products that support where they overlap. For example, Apple produces both iMovie and FinalCut Pro, because one group needs something quick to learn and use, where the other group requires precise control and a wide range of creative possibilities able to optimize complex commercial workflows. Trying to combine both of these video editing apps would provide a disservice to both groups, who would both get an app less suited to their needs.

If you like features of the more advanced note app, but it’s missing something from the other app, I submit that you’re better off asking for the missing features in the more complex app, and keeping the benefit of the more streamlined app by excluding extra features that interfere with that streamlined workflow.

I currently use ownNote because it is able to store each note as a simple .htm file in a folder of my choosing within ownCloud, as well as in the database. That provides a lot of flexibility for editing notes using external applications if you don’t want to use the (already pretty good) in-browser editor.

If Nextcloud settles on one “default” notes app, I’d love to see a similar storage method for the notes implemented!

Interesting discussion. We have seen some problems with parallel development of apps that do quite the same (calendar/contact-plus-apps). Having the choice between a larger number of similar apps can be confusion and requires a lot of time to test each app thoroughly. However, if the functionality is really different as in this case, you can point this out in the app description.

This doesn’t mean that you can’t ask for more features of the ownNotes app or make it become an official NC app.

I realise I may have (had) a pretty unique use case for the ownCloud notes app, but apart from normal testing I (ab)use(d) ownCloud and MarkDown to write and edit posts for my blog in addition to mere note-taking.

So my requirements for a note app are that it:

Even if my original blogging hack can’t be achieved, I’d at least expect a notes app to sync between my desktop and mobile. In my workflow, the browser is mostly used for reference and fallback, not as the main work tool.

a notes app to sync between my desktop and mobile

Same here. I sync ~100 .md files between laptop and two smartphones in the /Notes folder, with two levels of folders and subfolders as categories and subcategories.

I use the same methode, only with more subfolders. I would love that the normal nextcloud app would include a markdown viewer. And the ability to create (.md/.txt) files.

And don’t forget, we have a third app in development witch looks very interesting for me: 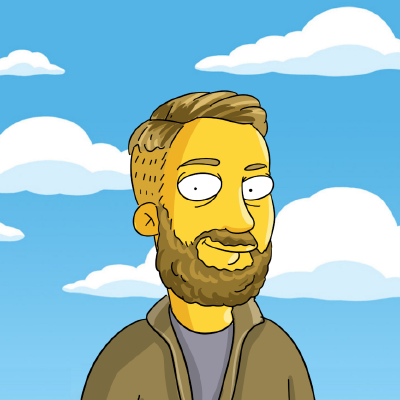 nextnotes - This repo is inactive for now!

Although, it is not a nextcloud app, I want to advertise hackmd. It is just so powerful (live rendering, realtime collaboration, ton of import/export/inegration), so that I use it know, instead of any Nextcloud notes app. Maybe nextnotes / notes could integrate some ideas or we work on integrating it as an app.

I am searching for a notes app, but I can not find one in the apps list?
Previously used owncloud Notes, is there something similar?