Trust in Musk or go federated with Nextcloud Social!

Originally published at: Trust in Musk or go federated with Nextcloud Social! - Nextcloud 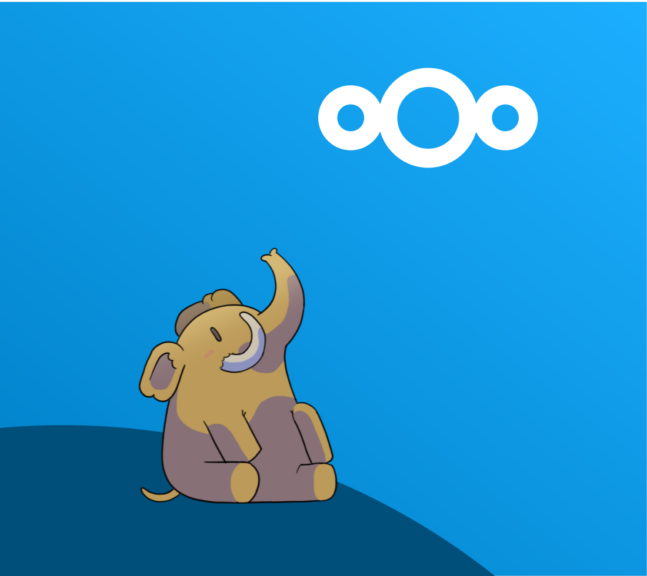 Earlier in the year, when Elon Musk first talked about taking over Twitter, Nextcloud founder Frank Karlitschek already tweeted that Nextcloud would work on an alternative. Having monopolist tech billionaires own the platforms people communicate, connect and express their opinions on is unreasonable and unacceptable. Communication is too important and sensitive to be controlled by a few.

That is why we began working on Nextcloud Social, to make sure there would be a credible alternative by the time the deal closed. We will ship Nextcloud Social, a decentralized, federated social network app for Nextcloud, in Nextcloud by default – reaching our over 400.000 servers with many tens of millions of users.

Nextcloud Social and the fediverse

Through Nextcloud Social, users can share their thoughts on an activity feed and subscribe to the feeds of others. The activity on Social shows on the users’ profile page and users can easily share photos and other documents from within other parts of Nextcloud.

“The Mastodon project is excited that Nextcloud users can now join the fediverse, potentially growing the decentralized web by an order of magnitude”

The low barrier to entry offered by Nextcloud, combined with the hundreds of thousands of servers already online and offerings of major hosting providers create a large user base that give the fediverse the critical mass it needs to be successful.

Without oversight by one large corporation or a single government, rather implementing policies unique to each server, the critical need for moderation is provided for while distributing and decentralizing the decision-making power.

Nextcloud Social is available as an alpha version for earlier releases, with an update to Hub 3 coming soon. The team at Nextcloud is working with the community to add new features and give users a way out of the Big Tech sandbox. We will make the updated Nextcloud Social a default part of Nextcloud later this year.

Nextcloud Social is available as an alpha version for earlier releases

Couldn’t find any link to the alpha release.

Yeah, Social has been abandoned by Nextcloud some years ago, I remember vaguely that it never really worked. It exists as alpha for NC 21 and older, so we cannot use it at all right now, weird announcement indeed see Social - Apps - App Store - Nextcloud

“The Mastodon project is excited that Nextcloud users can now join the fediverse, potentially growing the decentralized web by an order of magnitude”

Actually he was excited … 4 years ago

Originally published at: Nextcloud introduces social features, joins the fediverse - Nextcloud [image] Today, Nextcloud 15 has been made available. As there is so much new and improved in this release, we have dedicated separate blogs to each main area of improvement. This blog covers a preview of the the brand new Nextcloud Social app, introducing social networking to Nextcloud. Download now! [image] The Mastodon project is excited that Nextcloud users can now join the fediverse, pote…

Twitter has been relentlessly persecuting and silencing people for years. While it’s nice to see some changes being made, a platform where such prejudice is impossible would be great. If it can be done.

Guys, could we please take this announcement as what it is?
It’s an announcement that social-app will be back. It’s not abandonned and never was.

Stop complaining and give it a chance.

Fair enough, but a tad opportunistic nevertheless.
Tried to install the beta and it unsurprisingly doesn’t even install. Tried from source but doesn’t run (I assume it relies on 3.0, there)

There will be a release of the social app in the near future, we’re working on it.

This post was flagged by the community and is temporarily hidden.

This is a complete waste of resources. I don’t know why people fear the freedom Musk promised. But If you are a bamboon hating against Musk you should really have your mind set checked.
Twitter (and any social media) is in hard contrast to what next cloud is, by nature. So please do not spend any resources making bad solutions to things already solved as good as it ever gets.
Next cloud still is limping in comparison to Google and Microsoft solutions. So focus on that!

That is the advantage of free software. You write what is fun to write. Even if it might already exist. See for example the comparison of Google Maps and OpenStreetMap. Nobody needs a second map project … like Google Maps

Can you create GPX-tracks (not GPX-route) with Google Maps without registration like Graphhopper Maps for your tours? I think not.

And Nextcloud Social will also have nice and bad features.

@bug-hunters beta release of the Social app is available for testing and breakage. Please do not use in production.

And Nextcloud Social will also have nice and bad features.

I fully agree that it is up to any software developer to where he want to spend his spare time. Next cloud has a mission. This mission in my opinion not yet full-filled. Let me give you one example. Video talks have become a major thing ever since (we all know why). So especially corporations but really just anyone likes having them with custom backgrounds. Next cloud has no desktop App for easy management or any feature that companies are looking for. So where should development time go to?
This is a very specific example, I know. But I just lost the opportunity to have two companies join next cloud because of it.

Next cloud has no desktop App for easy management or any feature that companies are looking for.

Well that depends on the company I guess. Keeping the client devices up-to-date and secure is one of the biggest challenges for any large company. And especially Electron based video call apps like Teams and Zoom are a security nightmare. So the fewer apps that are installed on a client, the better. Ideally, everything would run in the browser

Ideally, everything would run in the browser

I think the desire existed 10 or 20 years ago. Firefox OS failed because of this, and iOS and Android are also dominated by apps and bad browsers. It’s not much different on the PC.

I feel like I hijacked the thread, I am sorry. But while it is true that keeping software up to date is very important, you missed two things:

Yes, of course, it’s not quite as simple as I described it, and browsers have security vulnerabilities too. But especially Electron apps like Teams or Zoom are often based on outdated Chromium versions with bugs that have been already fixed in the Chromium browser engine and thus also in Google Chrome and Edge. Also. other apps, such as office applications and file synchronisation clients, will certainly not go away anytime soon, and that’s okay. Nevertheless, it is much easier to keep the clients secure if there are as few apps installed as possible.

It is an important note. Look at how successful Google Chrome and ChromeOS are. If everything “just works” you can stay focused on your job to complete the next task. The network effect is a real thing, which is why it is difficult to move people out of services like Slack and the Google Suite. Even if a product is just as good as the one you are already on, you likely will not change.

It is a very difficult mission to fulfill, plus everyone claims different functionality is critical (schools, home users, healthcare, etc).

It is a very difficult mission to fulfill, plus everyone claims different functionality is critical (schools, home users, healthcare, etc).

Thats for sure. But on the list of critical feature that would sway someone to choose NC, how important is this social stuff… I mean really!

Thats for sure. But on the list of critical feature that would sway someone to choose NC, how important is this social stuff… I mean really!

Good question. I personally use the fediverse and could care less about Talk backgrounds. So,

Apps like Teams and so on can update themselves

Yes, if the vendor keeps it up to date and uses best practices in the implementation. But Zoom in particular has not covered itself in glory in the past and often used nasty workarounds to implement certain features.

Nevertheless, every additional app is potentially an additional security risk. And it generates additional work, especially if there are a lot of changes. You have to track the release notes, you have to package it, you have to test and distribute it, you have to check if all the clients have received it. And then something crashes on certain clients or doesn’t work as expected, and then the amount of support increases or in the worst case you have to deploy an uninstall package to 1000s of clients.

EDIT:
But yes, this is fairly offtopic in this thread

Just one more thing: Not sure how easy it would be, but If someone would like to package an Electron app for Nextcloud Talk, Nextcloud Social or Nextcloud as a whole, I guess the Nextcloud GmbH wouldn’t mind