Results of the Nextcloud Community Survey 2021

A few weeks ago many of you took part in our Community Survey and you probably know how you answered, but not how everybody else answered. The following are the results of our inquiry about the feelings and attitudes but also some hard facts in connection with people’s use of Nextcloud.

If you have additional questions that could be answered with this data, you can contact @daphne . She will try to help you further and update this wiki accordingly with the results!

I refrained from analyzing these results, but do hope to spark a conversation about how to interpret them within the community – What do you think this means?

How many participants answered the survey?

1015 people participated in the survey. It is currently unknown what fraction of the total number of nextcloud users this represents.

The first question was about user satisfaction on a scale scale from 0 to 10, where 0 means ‘not at all’ and 10 means ‘very likely’. 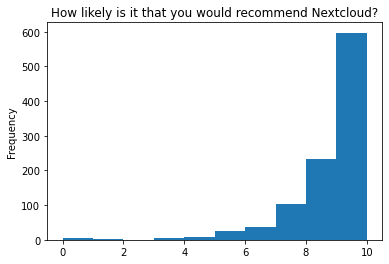 On average, respondents rated their likelihood for recommending Nextcloud as 8,8.

Participants were asked to describe why they chose the score that they chose in a free text field.

The following graphs list the most frequent words used in the justification for the score that respondents gave in this question, split by whether they chose a score above or below 7. 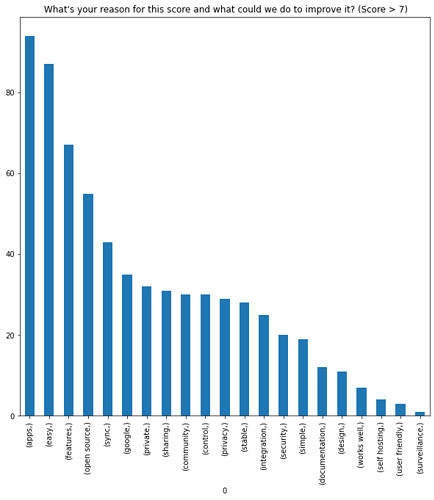 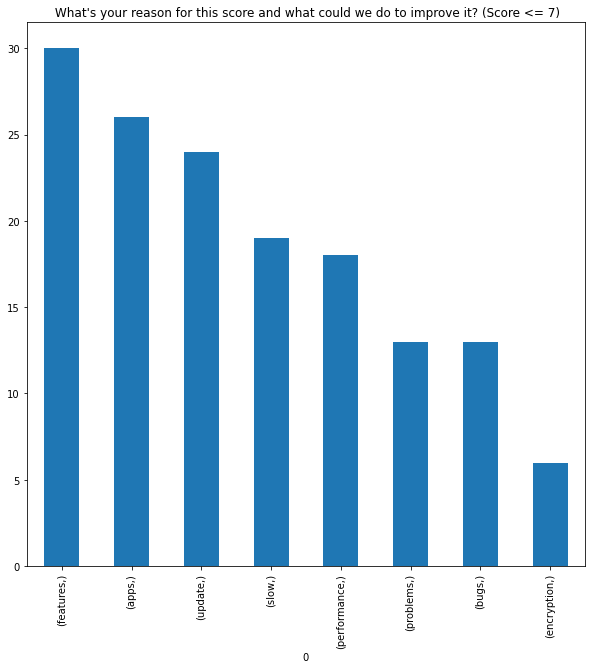 We selected quotes from these free text answers categorized by the keyword they mentioned, representing the most frequently mentioned issues and sentiments.

Participants were asked about their motivation for installing Nextcloud. The Graph, again, shows the most frequent keywords. 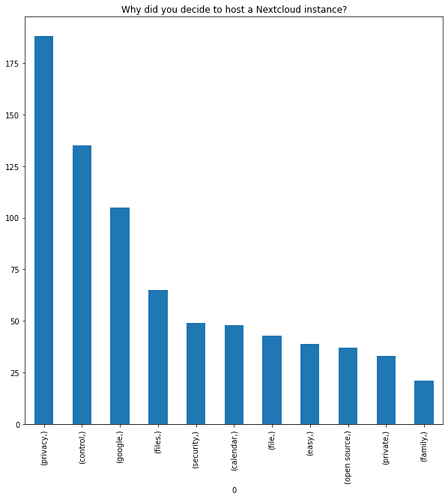 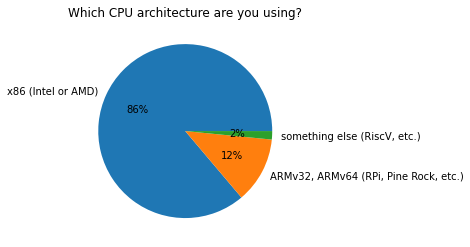 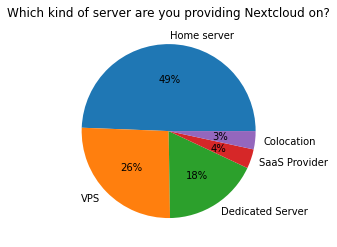 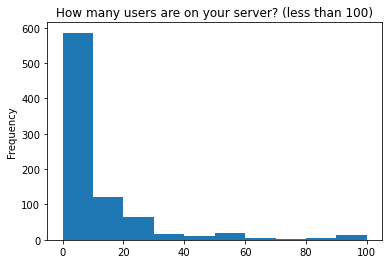 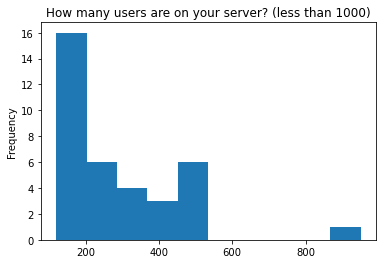 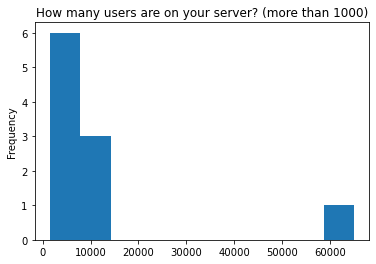 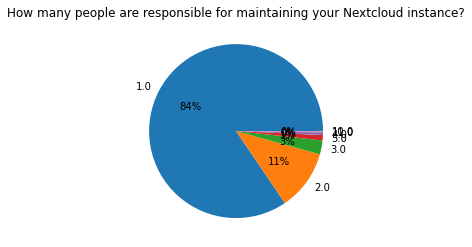 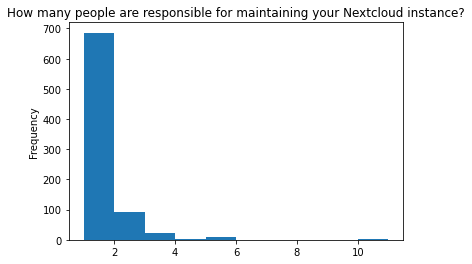 Participants were also asked which apps they have installed, which ones the enjoy most and which ones they have lost interest in. The graphs show the most frequently mentioned apps in the free text field. 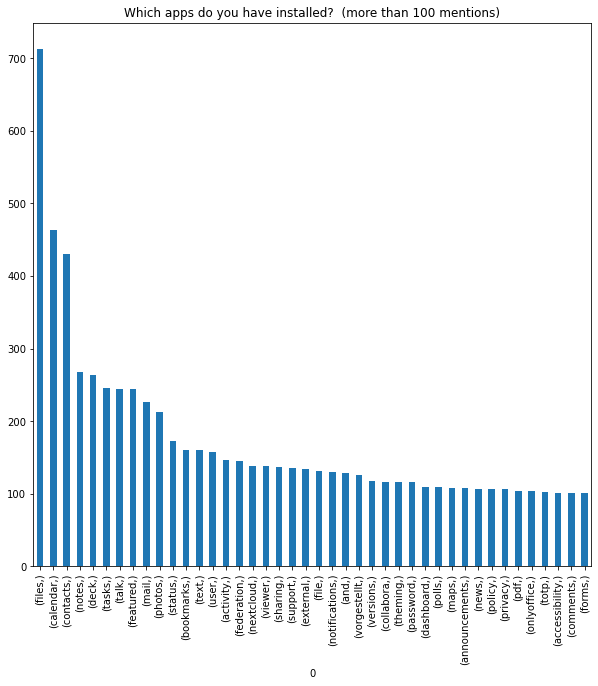 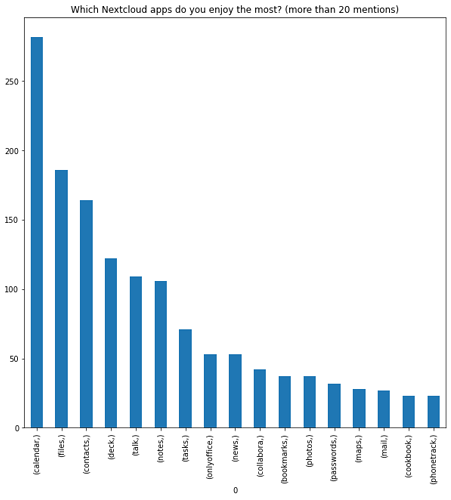 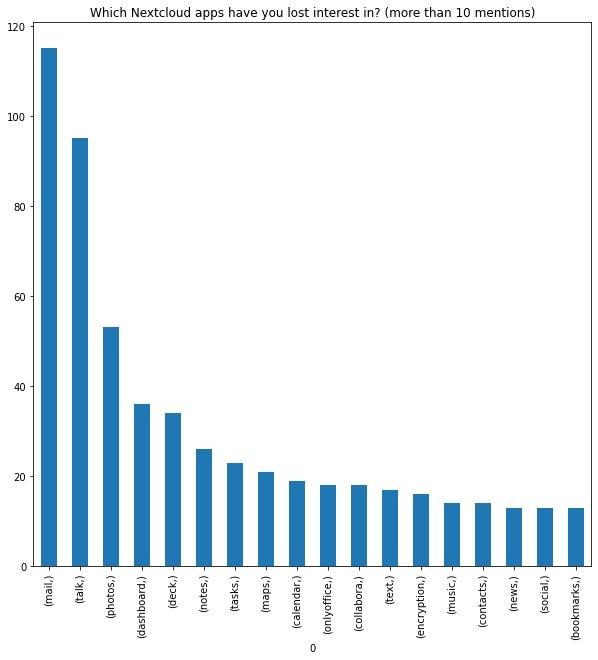 This graph shows the most frequent mentions in the free text field. 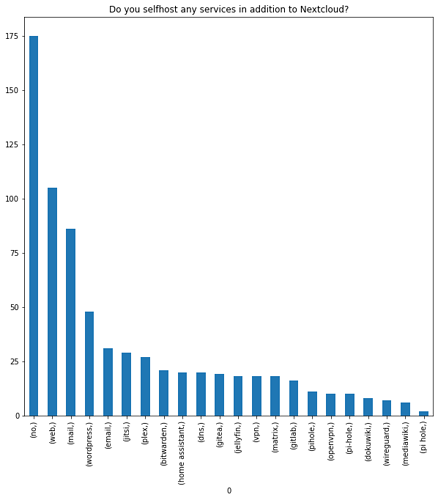 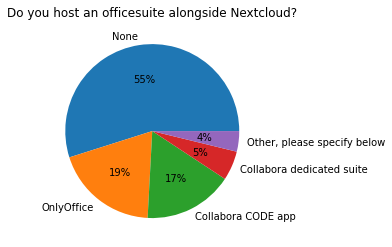 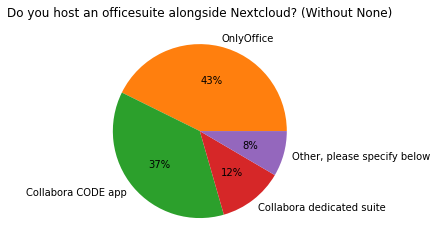 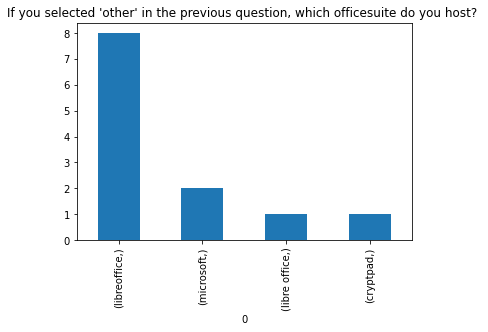 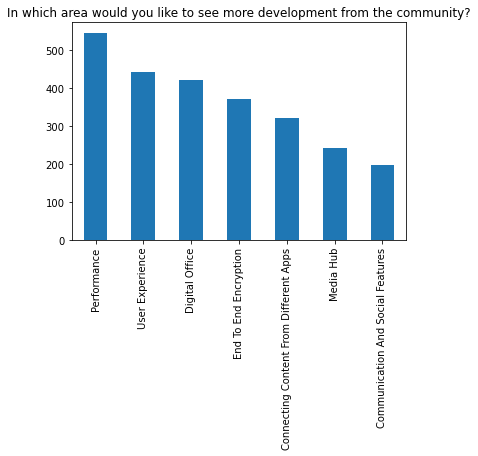 Hmmm. I think the list of installed apps needs a review. What are the apps ‘and’ and ‘vorgestellt’?
Also ‘file’ and ‘featured’ seems strange.

Very interesting results. Matching my personal use case, the classics files, calendar, contacts, tasks is what is still most used and most enjoyed, followed by talk and the newcomer (just among those) deck, which indeed does a great job for organising professional tasks/projects/events in teams or even only self-organisation in a simple and well integrated way. The desired development direction and free text comments for fixing old/long standing bugs and concentrating on performance and user experience of the core instead of developing new features, matches these apps preferences.

But the survey contributors mostly won’t know about the development time vs outcome ratio for the things they have in mind, so there may be bugs/limitations or performance limits that are deeply related to core depths which cannot be addressed or overcome without a huge rework, backwards incompatibility or other downsides, so that at some point it is more reasonable to explore new fields, cover more use cases, than doing a huge time invest for a tiny performance increase elsewhere. That just needs to be kept in mind.

A few technical comments about the presentation of the results:

Hmmm. I think the list of installed apps needs a review. What are the apps ‘and’ and ‘vorgestellt’?
Also ‘file’ and ‘featured’ seems strange.

Indeed, the list is based on a text field, so some normal words crept in.

After inquiring about the Usage survey app, I was made aware that data collected from this app is not available at the moment.

I hope local/offline office suites were not meant

I believe online services were meant. Also, both LibreOffice and Microsoft Office have an online version. Whether people who mentioned those actually meant the online versions – I don’t know.

–
Thanks for the heads up(s)! I may apply the mentioned fixes when I have time – creating this version was already time-consuming.

This. Please, oh please stabilize this software. Each and every update I meet with dread. Too many unresolved issues for years all while including new features. It isn’t actually bad not to include new features.