I was out and about in town and I got two weird notifications from my nextcloud instance that said this: “NEW_NOTIFICATION”. The next day, I received another. What is this? Have I been breached? Was this a bug? Or a widespread test accidentally sent out? Version 20.0.4. 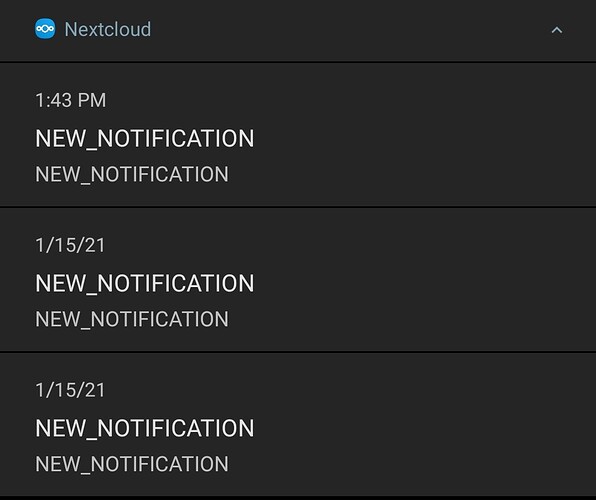 Same here. Any solution from someone? I found several bug reports which are just closed without a solution provided.

Not from me. A year later, many new versions, no response and I still get them. Not too often though thank goodness. At first I was afraid it was a security issue, but at this point, I assume not.