OCR 2.0.0 does not recognize deu-frak

Note that i also installed tesseract-ocr-deu-frak, but it does not appear in the drop down list of installed languages: 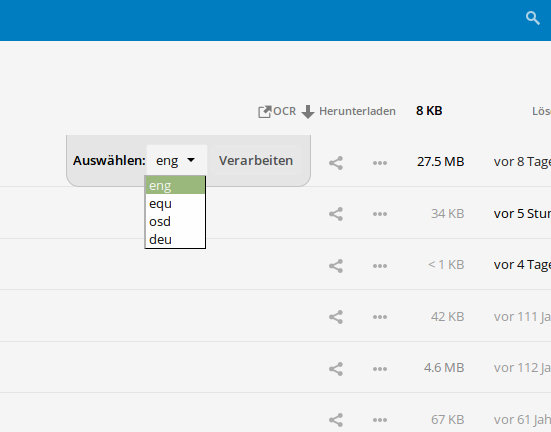 Please use the appropriate issue tracker for issues like this

The forum isn’t the best place for feature requests / bug reports. Otherwise I can’t track, list and plan these tasks.

This issue has been resolved.