MySQL DB Taking up a lot of space - how can I connect to it to see details and clear it out?

Git ticket: MySQL DB Taking up a lot of space - how can I connect to it to see details and clear it out? · Issue #1742 · nextcloud/nextcloud-snap · GitHub
Reddit discussion: https://www.reddit.com/r/NextCloud/comments/njwqab/mysql_db_taking_up_a_lot_of_space_how_can_i/

The Nextcloud MySQL files are taking up >30GB for ~90GB worth of data. I can’t figure out how to connect to it to actually see which tables are taking up room and potentially clear them out.

I noticed that my filesystem was nearing max, so I added 15GB but another MySQL file was made within a couple of hours and took it all up instantly. You can see the drop in storage usage in this graph and then the sharp/sudden rise. 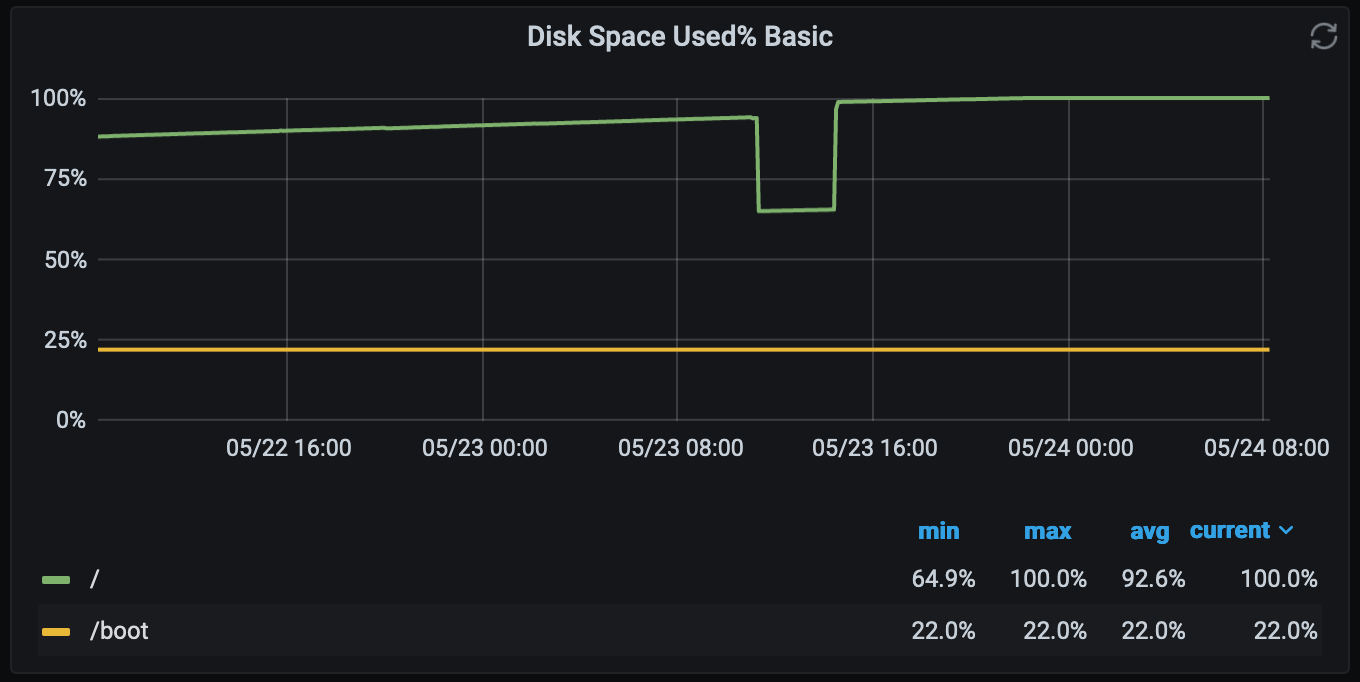 Steps to reproduce the behavior:

Uncertain. My usage just started climbing rapidly in the past couple of weeks:

I don’t expect MySQL to be taking up so much room for such a small amount of data.

If applicable, add screenshots to help explain your problem.

What OS and version are you running? Please also include the output of the
following commands:

I can’t figure out how to connect to it

there is a mysql cli client integrated in snap.

☁️📦 Nextcloud packaged as a snap. Contribute to nextcloud/nextcloud-snap development by creating an account on GitHub.

It seem that we are on the same boat. See my post:

Hello Nextcloud Snap did upgrade itself to 21.0.1 successfully a couple of days ago. Everything is running fine, sometimes a bit slow, but not a problem for me. The issue that I have, is that the free space available is shrinking by about 1GB every hour. I did some digging and found that in the directory /var/snap/nextcloud/27920/mysql a new sequential log file of about 1GB get generated every hour we are now at logbin.000049 I have approx. 24GB left, and therefore 24h to solve the issue…