We recently went through multiple steps to upgrade from Nextcloud 15 to Nextcloud 18.0.1. We have been using the LDAP/AD integration since we started using Nextcloud. We have used AD groups for sharing folders without issue until recently. Currently, when users get added to an AD group Nextcloud is not recognizing these users as members of the group. 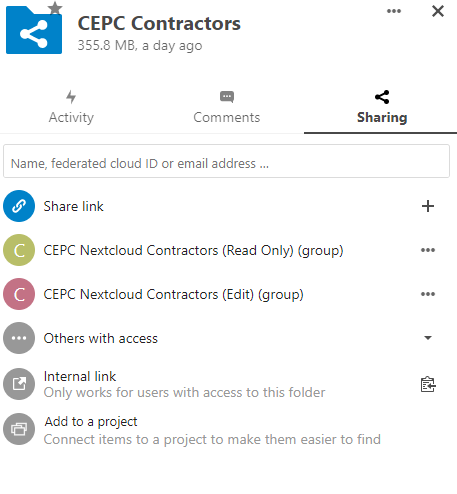 In addition to that we notice that when members are added to an AD group the oc_ldap_group_members are not updated to include the newly added member.

The issue you are facing:
LDAP/AD group membership not dynamically updated. When users are added to AD group, Nextcloud not recognizing these new users as members of the LDAP/AD group.

Is this the first time you’ve seen this error? Y

The output of your config.php file in /path/to/nextcloud (make sure you remove any identifiable information!):

Hello,
I have the same problem, have you found any solution ?

I’ve found a script on this page.

We have since migrated to Nextcloud version 19.0.3 and still see the same behavior. To work around the issue, we’ve discovered that if we update the accepted field on the oc_share table from 0 to 1 on the group, nextcloud will grant newly added users to the group access. We’ve also discovered that when using a universal group for a share, Nextcloud is having an issue with members across domains. It will recognize members that are in the parent domain as part of the group, but not the members of the subdomains.