I recently moved to Nextcloud and so far the experience has been great! Migrated documents from Google Drive to NC instance already and now in the process of transferring photos from Google Photos. What I love about the Google Photos apps is its ability to automatically sync photos and at the same time resize/compress the images.

Although the Nextcloud android app does pretty well in auto sync’ing but I do feel it is missing the latter part i.e. image compression. Is this something the developers are considering for future releases or has this feature been left out deliberately.

Likely just not a super frequently requested feature. I’d imagine it could be a heavy task for lighter systems too so not something to just set and forget.

Well, this has afaik never been request and also not discussed by the developers in general. Personally I rather like to have it as it is since this is a true backup then because the original file gets backupd on the Nc server instance because else one would “loose data” due to compression. So I doubt that such a feature would be implemented but I can’t speak for the other developers of course. We try to keep settings at a minimum and this feature would then have to be an optional setting which would add settings complexity to the app.
May I ask for the motivation behind having compression/resize on the client side?

When you say “lighter systems” you mean delegate the responsibility to the server and let it perform the compression/resize or the android device running the app itself? In either of the case performing the said optimisation should be possible if done for one image at a time. I could be wrong though.

Motivation is quite straightforward, I am not really a big photographer especially with mobile phone and thus the pictures clicked from my android device can be easily resized to a respectable size say 768 x 1024 (133 KB) without sacrificing much in terms of quality, instead of original size of 2448 x 3264 (1.9 MB). Moreover this saves a lot of space as well! Now I know space is cheap and mobile data is not an issue but why carry additional data when I can live without it!

Hello,
I don’t know if it can be useful for you but I’ve developed an app that lets you scroll through and review all the photos on a Nextcloud account without needs of download them on the smartphone. So you can keep files on server at original size/quality and view photo on the smartphone without taking up space…
It works on gallery app api so it’s faster than webdav solution.
If you like to give a look this is link. 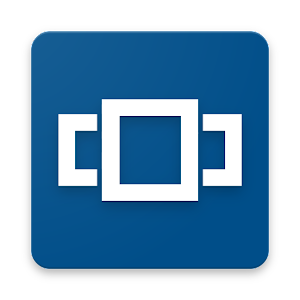 Cloud Gallery is the app that allows you to browse all the photos stored on your Nextcloud account without having to download them on your smartphone first. You can look at your favorite moments and share them quickly and easily, without taking up space on your smartphone.Functionality:* Simple and intuitive interface* Download previews in the background* Share your photos with friendsNextcloud is a private server synchronization and sharing files and images. Learn more about https://nextcloud.c...

Advices and comments are welcome

Thank you for sharing. Looks like a nice app. I looking for a built in image optimiser of sorts.

A post was merged into an existing topic: Cloud Gallery - Nextcloud photos on Android