We are happy to announce the release of Nextcloud Deck Android 1.15 #apps:deck !

After version 1.14 this release brings some polishing for various parts of the app. 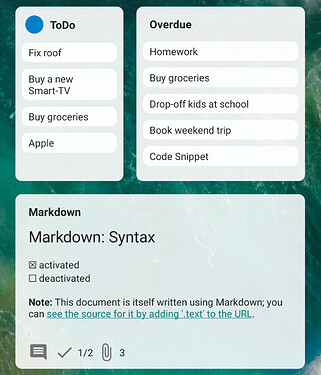 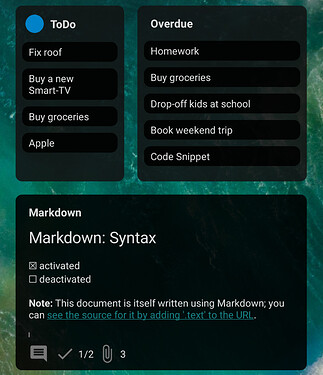 The release is rolled out in stages (at time writing 5%), so just be a little patient if you can’t see the update yet or switch to the beta channel.

To prioritize our free time we wanted to understand how people are using the app to focus on the important tasks. Some answers to the survey have been just as expected, others have been really surprising for us.

From the people who responded to the survey, 68% got the app from F-Droid. It makes us proud to be part of the free and open source software ecosystem and we encourage everyone to get those reproducible builds and spread the word. Half of all responders are using one account, the other half makes use of the multi account support. 2 insane people apperently use the app with more than 5 different accounts.
55% of the people use the app only for personal boards, 13% only for shared boards and 30% for both types of boards.

We plan to improve the experience for multi account usage by applying the account color instead of the board color to the global elements like the sidebar header for a better orientation.

Well, this was a big surprise for us! Maybe we haven’t been clear with the possible responses, but we definitely did not expect that one of the most important features of the app is to manage boards. I can only assume, that a few responders interpreted this as manage cards, but it’s definitely interesting and we have some improvements for this in the pipeline.

… are only used by 28% according to the survey. For this reason we decided that we will implement the “Upcoming cards” view (known from the Web UI) also in the app directly at some point in the future.

16% are using the “Upcoming cards” widget right now, 9% are using the list widget and - the next surprise for us - 10% are using the “Single card” widget. The last one was initially meant as an experiment to get some more experience in developing widgets before starting with the complicated ones. While a few people at the Play Store think this widget type is useless, it seems that some of you actually have use cases for it

Maybe for some kind of Epics? Task lists?

Few people adjusted settings at all (which is good, looks like we chose good defaults) with one exception: Dark mode has been explicitely enabled by 62% of the responders. Guys, the default for this settings is “Follow system default”. I really don’t get why you don’t set the dark mode in the Android setting globally, which will apply it everywhere automatically?

This was the very first survey we did, so we see now what we can do better next time. I’d like to address a few of the free text responses:

Done in this release

Well… I haven’t found this article in english, but i am sure you can google that yourself or just have a look at the screenshots…

What actually does the compact mode

It will display the cards more compact by hiding comments count, task count, attachments count, assinged people and display tags only as a colored line without the actual text.

Well… this is the Deck Android survey. If this bug exists in the Android app, please open a new bug report filling the complete issue template. But i guess you refer to the bug in the Web app.

In theory it’s just enabling a plug-in. The problem is more that we have to maintain this stuff. Maybe we will secretly activate it at some point (ssht!) but we will probably never support it as an official feature.

I know its an Android survey, but i care more about gtk phosh stuff.

You are absolutely right. This is an Android survey

Corresponding issue already exists. Just waits for someone to pick it up - maybe you?

On the Upcoming cards I miss a column, where cards are displayed which have their due date exceeded and are labeled “completed”. For overview reasons I don’t want to archived these cards.

Of course there was the one question which is always there. Like, at every conference, hackweek, blog post, issue, … We have been asked so many times, that i decided to add a dedicated section to our FAQ.

We also got a few interesting ideas and proposals for new features which we will consider to add. Please use our issue tracker to create feature requests and bug reports and don’t forget to fill in the issue template - it’s there for a reason