Dear folks,
I would like to use nextclouds calendar and tasks function to organize some people (let’s say 5-7) in some project.
I understand that nextcloud will not be extended to have project management (PM) capabilities (see https://help.nextcloud.com/t/tasks-calendar-extended-to-be-used-as-project-management-tool/1274).
However, I am searching for a solution to create the project in another software (desktop, mobile or web based) adn be able to asign the tasks to the people on my nextcloud. This should/could happen via CalDav sync.

Do you know of any software that can handle this?

Am I thinking too complicated and there is maybe another better solution to this problem?

The thing is, I don’t want to bother the project people with PM stuff and just present them a digest or their respective tasks, giving them the ability to complete them and “check” them on nextcloud.

Thanks for your input!
Cheers

Yeah, you have a point.

But I would still miss the possibility to have a view over all tasks and ressources (in this case people) over the project timeline, like in a GANTT chart or something like that.

Actually, it would also be ok, to store/manage the tasks in nextcloud and view them in another software as a GANTT chart.

What do you think?

This is something that I have been looking for for years already: simple project management that is compatible with CalDAV for events and tasks (and why not also for notes?). If the CalDAV standard allows for native hierarchies between tasks and/or events, then I guess this should be possible. If not, another storage medium (SQL-based?) would need to be used to record the ‘umbrella-information’.
I will be testing the “Let’s Chat”-application in the next few weeks, as this looks simple enough for my needs, but it doesn’t integrate with CalDAV AFAIK. Maybe this application can be ‘wrapped’ within the Nextcloud interface to still present the same user interface.
Slack-killer?

Maybe something like jQueryGANTT can be done as a Nextcloud app? 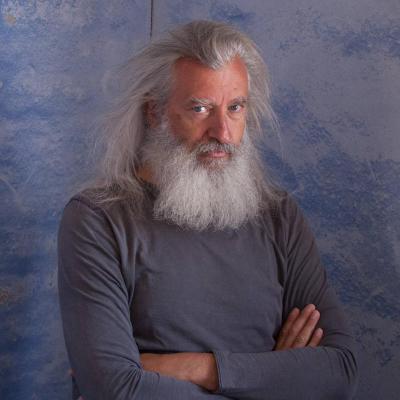 This Github has several forks. But all do miss a CalDav binding

jQueryGantt is apparently a part of the twproject.com project management application. Integrating that application (if it were free, which it appears to be not), would be a huge task

If I read you correctly, your definition of a light project management app is a more visual representation of grouped tasks. Maybe this could already be established by creating a new view for the tasks app.
Whereas I would find such a view (very) interesting, I would like to see some sort of Slack-like conversations integrated as well, and ideally ‘projects’ are mere tags that are attached to either a task, conversation or file. If then a general view would exist to group the conversation, tasks and events that belong to 1 tag, then that would constitute my understanding of a light project management app. Of course, this could be elaborated more, f.e. adding a file to a conversation would automatically apply the relevant tag to the file, etc.

Maybe it’s a good thing to brainstorm in here, and then see whether we can file for a few feature requests. If those feature requests are not too complex, maybe we are lucky

Thanks for your input Vincent. You have definitely a point regarding the conversations.

However, I am personally more interested in the ability to visualize and edit relationships of tasks and subtasks graphically. While we can create tasks very nicely in Nextcloud, there is no good way of showing there relationships, yet assignement of them to users.
While I would also be able to add/edit single tasks and assign those to users/groups.

Let’s have a look at these githubs 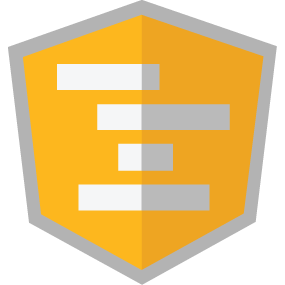 I just found about the app ‘Deck’ in the appstore, and it looks quite promising: it’s a kanban-style project management app that is still in early development phase, but from the roadmap, it looks like it will be integrated with Nextcloud Calendar, Tasks, Activities and Files. Looks like a winner to me if it would succeed in doing that.

Thanks Vincent_Van_Houtte
You are right, the Deck App looks promising.
Though, Tasks-Deck combination is not yet functional but planned.
What Deck would be missing then was the relationship between tasks. Maybe another view could be implemented in deck, showing a GANTT chart?

(if it were free, which it appears to be not

only if you are non-profit https://twproject.com/customers/twproject-for-non-profit/
In that case using NextCloud as File Storages could be an option

@PackElend you sure resurrected an old thread!

We now have Projects supporting Talk, Files and Deck apps as of version 16, so adding Calendar and Tasks to projects could be possible within Nextcloud!

We now have Projects supporting Talk, Files and Deck apps as of version 16, so adding Calendar and Tasks to projects could be possible within Nextcloud!

I’m aware of these tools and can say, based on own experience, that using a common platform for collaboration is really a game changer but IMHO collaboration tools of NextCloud are still limited, see below how I have sumerized it recently in another context.

So, collaboration is somehow incomplete for full scale collaboration but good solution to start with. There is reason for optimism as they introduced Projects etc., hope that other apps will be integrated soon.
I hope that it will play a more promenant role in NC 17, what is not far away, see release schedule.

Moreover, Rocket.Chat is pushing NC integration, what has much more features than NC talk, see
GSoC 2019.

I’m wondering why NextCloud is trying to reinvent the wheel.
For example there a create apps for decks/kanban -> Taiga and notes -> Joplin out there.
So instead of reinventing, why not integrating them, could save time and efforts, what can spend on other things.

Deck wasn’t developed by the core developers, but rather a personal project. Only after it become quite complete it was adopted by the official team.

So the critique isn’t really valid. However now that it is official it would be nice if more effort was given to interoperability both with the caldav system and also external 3rd party kanban software.

So the critique isn’t really valid.

it would be nice if more effort was given to interoperability

that would be great. NC should be more of the dashboard, see all at a glance without cluttering the UX. If I want to go into details I jump into the 3rd party app, right away from NC. The integration of Onlyoffice / LibreOffice or draw.io (although it misses some features compared to www.draw.io) are very good examples.

https://www.group-office.com/ is a warning example of what happens if you starting to take care about too many features.

Can you explain what you mean by warning example please.

they have done an update recently, I missed that.
UX locks much cleaner now, before I felt somehow incomplete, a bit of anything but nothing designed/feature-rich to replace single purposed apps.