<1st world problem: So I'm a sucker for speed and responsiveness

I love it when my computer and everything I do feels snappy and responsive, the worst thing for me is delay that is noticeable. I’m running a Intel NUC10 i5 with 16GB RAM with proxmox. I installed nextcloud into a linux container there and it works “fine”. But when I’m on my mobile devices or in the web browser there is a noticeable delay of 0.5-1s when navigating through the folders of my files. I believe that as long as I’m in my local network I should be able to speed this up to a point where the “loading delay” is not noticeable any more.

I found this “Guide” Nextcloud web interface is slow - #24 by reborn579
and also I did not yet install the “new” Rust file handler (I don’t know the correct term).

Before randomly trying out stuff, I wanted to ask you guys what might by the bottleneck in my case or if you think, that this is simply the best nextcloud can do and I will have to settle for it.

…this is simply the best nextcloud can do and I will have to settle for it.

I have not tried the HPB for files either, but would say this (~0.5 sec) is as good as NC access can get…

I’m using NC as docker on older i3 and it feels responsive for me. I was using it as docker on Qnap NAS with Celeron ans it was noticeable slower. I would say <1sec response time for loading/refresh of the page is OK. Nexctloud consist of huge number of scripts - this is the bottleneck. I would bet if your system is connected well (>10Mbit/s in bot directions) there is no difference if you speed up your connection.

HPB is cool thing but it doesn’t help with the web UI itself. this helps a lot when it comes to Talk and other notifications - they arrive instant on the clients (rather up to 15sec delay with old pull method) - but this doesn’t improve website performance while browsing…

I would say the only really working way to reduce loading of your web interface would be to put everything apps, DB and data on SSD - this should improve your browsing experience… but nobody can predict how it works - you need to find out on your own…

… the only really working way to reduce loading of your web interface would be to put everything apps, DB and data on SSD.

One of my NC instances runs as VM on all-flash vSAN on a VMware cluster.
The only difference I “feel” is the update speed and snapshot creation.
No other noticeable differences in regular file-based NC usage…

Everything is on a SSD NVMe M.2 even.

I built myself a gigabit router on a HP Thinclient so as long as I only connect to my nextcloud from my local network I should have that speed. And still the loading time of the website is not desireable the first load (after logging in) takes about 5sec til its built up completely this is with browser cache. And when I navigate through folders in files I have almost no delay (can’t really see the loading icon) when the Folder contains <5 items, it gets slower the more items are in a folder 12 items + 11 folders for example takes ~1sec which is long enough that you see the small grey loading animation make it a bit past the first half rotation, so maybe its even a bit less than a sec assuming that one rotation would be 1sec.

I have no idea… my NC as Docker (apache) on magnetic disk takes 3-4 sec for initial load of “Files” app… further navigation is <0.5 sec - tried different folders with some files and many, huge and small files - always the same… even folders with hundreds of images initially load in less then a seconds… but they keep loading image previews for quite a long time… but this doesn’t stop you from further navigation and even start viewing the pictures…

For reasons outside this discussion, I install Nextcloud often… Different configurations, VM and bare metal, old and new hardware, etc.
I also use ownCloud again… If you need nothing but Dropbox functionality - very big if! - ownCloud is better because it’s faster.
Non-scientific comparison shows page loading in ownCloud is done in less than half the time. Running them side by side shows the (time) penalty NC’s feature avalanche introduces.

I believe the guide I used is not the best and my configuration isn’t good.
I installed https://webmin.com/ to get everything I need and then simply unzipped the nextcloud instance in var/www and adjusted the ownership from root to www-data + create an empty mariadb beforehand and spcify it in the initial dialogue of nextcloud. I raised the php memory limit quite a bit to 1 or 2gb. I have no nginx, but isnt that just a reverse proxy so not needed when run in a container?

also all my measurements are guesses, how can I check loading time of a website in chromium?

In terms of speed difference of nextcloud/owncloud: I disabled/uninstalled(if possible) everything I don’t need tho, I would have expected it to get fast due to this fact.

I tried owncloud 5-10 years ago and it was shit I really didn’t like it so I went for nextcloud this time.

I only use it as a file cloud to have the same files on all my devices. The ones that don’t have enough space don’t really sync, but only download the files they need/edit/open (mobile devices).

My “file cloud” is not that big just a few hundred GB.

And I want to use the calendar feature of nextcloud, but this wouldn’t be a dealbreaker

I’m not a Linux pro, so I use guides, like this for example 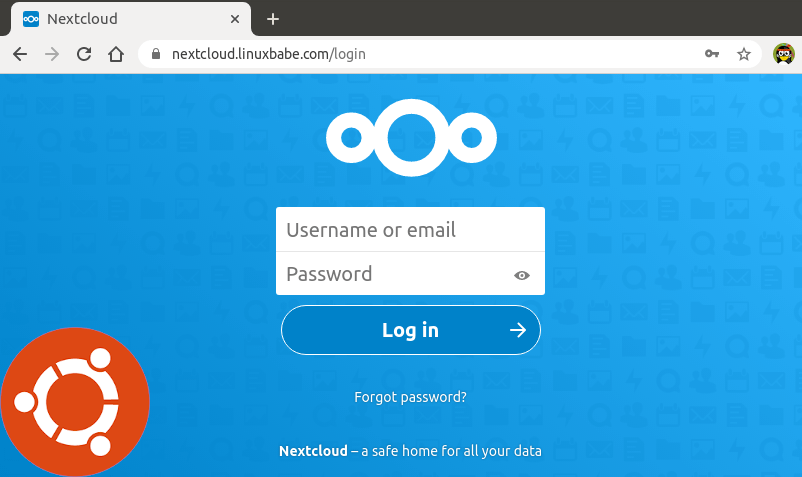 This tutorial will be showing you how to install NextCloud on Ubuntu 20.04 LTS with Apache web server. Ditch Dropbox and take back your online privacy with open-source cloud storage.

If you have the option to run VMs, this is probably the most optimized

The Nextcloud VM (Virtual Machine) provided here is the easiest and fastest way to get up and running with your private cloud. The appliance was created to make the installation process much easier - so

Yeah sorry for that one, I was lazy there… I knew about F12, but I couldn’t find “total” load time anywhere.
I investigated further and when running ctrl+shift+e in the F12 performance tab the following behaviour of my nextcloud instance surfaced.
According to the screenshots of the perofrmance tool everything is loaded in <200ms then the inner contents of the page disappear again and are being reloaded once again which then takes >4s. So the sidebar on the left (when on the files tab) stays aswell as the blue header, but the menu on the top inside the blue header aswell as all the “file tab” contents are being reloaded.

Does anyone have an idea why? + if this is normal and the 4sec is just long on my instance or if this is strange behaviour and needs further investigation.

then you see every 5 sec a SYNC request (but I don’t recognize any change in UI). I know it’s not rocket fast but it’s good enough for me… I fhave 17 folders and 2 files stored at root level… with “disable cache”=unchecked “finish” value reduce by 1-2secs (hard to catch)…

This is my initial load time from the Network tab:

If I go to the performance tab, there is a checkbox to take screenshots of the page automatically (low res hardcoded in dev tools sadly).

But you can hover over time timeline in the performance tab if the checkbox for screenshots is set and you can see how the site looks in each point in time.

So for me it looks like this in that time line:

and a bit later the loading circle disappears aswell (I overlooked it and its a pain to get those tiny screenshots I stopped saving the screenshots from the webdev tools and aparently I stopped one screenshot too early) and then the site is “loaded” after ~3.71s (according to sceenshot of the Network tab)

So for some reason it looks like it is loaded after 300ms and then the contents disappear and get reloaded again which takes another 3.4s.

Don’t know if you already have them up and running…