I have a question/issue using the Windows Sync Client. We have a small company with a couple dozen PCs located in different offices. I wanted to backup each user’s Desktop, Documents and Downloads folders to Nextcloud.

During my first test, while installing the client, I choose not to set up the sync folders by clicking ‘Skip folders configuration’ button. After it was logged in and ready, I then selected to add the Documents folder from the local computer to sync. All was well. I noticed there wasn’t a Nextcloud folder doing it this way: 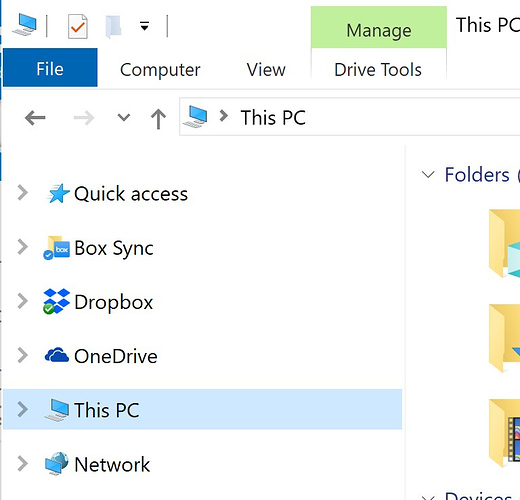 Next, I decided to create a Group folder through the admin portal for all users to share. I then added another user and installed the client on another PC and this time I chose to leave the sync folder defaults and just clicked ‘Connect…’. Now there was the ‘Nextcloud’ folder as well as the default files and folders, including the Group folder I created. So far so good. THEN, I went to add another folder to sync (Documents/Download/Desktop), and doing it this way, it now seems it adds the folders and files into the Nextcloud folder: 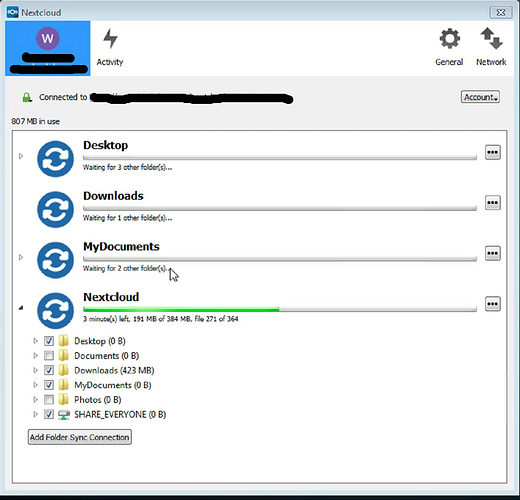 So, now on the PC, there are duplicates of the synced folders I chose to sync. I have:
c:\users\admin\Desktop
AND
c:\users\admin\Nextcloud\Desktop
They have the same files. Twice as much disk space is used now.

It’s kind of confusing. I hope I explained it correctly.