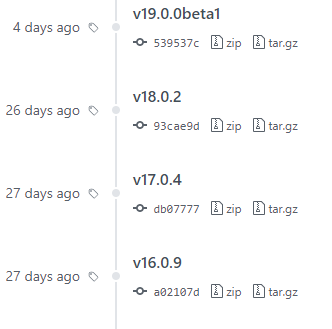 Canceled? still recommended for the installation ?

Why are you installing from github instead of the nextcloud website?

@sinichi19
18.0.3 (and 17.0.5) are security releases, intended to resolve a vulnerability that Nextcloud typically do not disclose publicly for around two weeks after the update has been pushed. To ensure that their customers have plenty of opportunity to update before the vulnerability becomes widely known and could be used in attacks.
I assume, they have held back publishing to GitHub for the same reason, and will do so once they make the vulnerability public.