In China I was surprised how Nextcloud has a real opportunity. It is difficult to use GDrive. As Weixin alias WeChat is used by all Chinese could a bridge be set with Nextcloud ? That would be a strategic good move. Chinese will trust an app that is linked w/ Europa

Nextcloud already has a chat and communication solution that can be hosted on your own server:
https://nextcloud.com/talk/ (full communication/chat solution requires more components)
or:
https://apps.nextcloud.com/apps/spreedme (just for a direct Video conference via webrtc)

Using 3rd-party centralized chat solutions is not the preferred method. But someone could write a client that works within Nextcloud.

Please note that Nextcloud is not just an app. You need to install it on your server or use a trusted provider that runs Nextcloud for you.

Thank you @tflidd I know Talk and plan to use it. I like the way NC makes chat and communication from the real work at the opposite of Slack that is not well synchronized to the working files. But Weixin (WeChat) is so very popular in China that nearly everyone use it. This is about 1 billion people who will not switch to the chat and communication solution of NC. But I saw several people and enterprise in China showing interest in the file management of NC. One important thing they pointed out is that no VPN is needed as opposite to Google Drive.
So yes a client that would work within Nextcloud could be a strategic move toward the Chinese community.
WeChat is becoming a world giant as it is now in China one of the 2 ways (the second being Alipay) of paying even a single fruit in the street. Hardly no one use the paper money or the plastic cards today. I suppose that for for security, the chinese entreprises could make a good use of NC. But the Chinese user will always use anything from WeChat now.

It might already be possible to enable logging in with a Wechat account through the Social Login app using Oauth2 / OIDC.

There doesn’t seem to be a good chat gateway for it, but some projects seem to exist to bridge it, like this one: https://github.com/Chatie/wechaty
And also some Telegram and Slack bridges. Edit: https://github.com/huan/matrix-appservice-wechaty
Edit2: https://github.com/MaskRay/wechatircd
Thus with a bit of work it might actually be possible to get an XMPP to Wechat bridge working and then you could use the really nice JSXC addon (new much improved 4.0 version currently in the unstable branch).

And where is the benefit. It will take some time to write such an app but everybody could just use a normal client of wechat that probably already exists. Perhaps some sort of gateway for notifications, 2FA or something like that but just for chat?

There are still so many open tickets on the bug tracker with great ideas, a desktop client that needs some love (finish implementing E2E encryption properly, get the virtual sync running, delta sync, direct sync between clients, …). These are things directly related with file syncing and sharing, that is just essential. That’s my personal view on what to focus (that said, I’m using apps myself that I wouldn’t say is really required and just nice). And luckily it’s not me who decides and everyone can contribute and write apps they prefer.

Very correct @tflidd to point out the benefit.
What could it be ? Naturally, I think is to address to a large Chinese market that need security on their files. Chinese use GDrive but with the cost of using a VPN in order to pass over the great Chinese wall. That is not very comfortable. Plus the VPN are no longer available in China without an agreement with the central government.
There is a professional file server that is being built on WeChat. I will start to test it. Still it will not offer the high security level of NC.
But @Krischan you are right : that is a very sensitive subject for the administration that loves to offer a universal controlled cloud to everyone in China or abroad.
This is then far too touchy to address this market when there is security issues.
We can close the threat

China has the same Nimbyism that the US and Europe do when it comes to software. When Google enforced the Huawei ban, they had every opportunity to use Sailfish OS. They didn’t because they wanted to use their homegrown app. Further, the Chinese privacy market is already served by Seafile and Nihao Cloud. Open Source projects don’t make it far in China because of a different cultural goal and language barriers (there are no Chinese support departments for FOSS apps). IMO
Nextcloud spending any resources to accommodate China would be a waste. I know you ended the thread I just wanted to chime in that FOSS apps in China from outside of China is a fools errand.

Hello, thank you for your feedback, I would like to say that you are right with Nextcloud Talk as it is officially integrated, however, the Android app uses Google Cloud Messaging (GCM) to work, and as it is suggested in the first post, China don’t use Google.

Currently in the FOSS version, let say Jin and Racheed both must call each other at the same time to allow a call, otherwise one of them will never know that the other is calling them. If Racheed send a message to Jin, she is not notified, she shall open by herself everytime to check if Racheed has contacted her. You can easily understand that the Talk application is useless in its version without Google blobs.

People were happy when the Nextcloud team member informed that they were working on a solution and that it was taking a little time, but since then, no news at all despite reminders or other duplicates trackers (newcomers who discover the bug). And there is no information on the progress since April.

I would like to remind that this answer should not be considered as a troll (sorry if it is so), I am just informing about the deplorable situation of this application (which without Google, would have a very strong advantage over other Messaging apps).

There is a professional file server that is being built on WeChat.

Ok, I didn’t know that and I assumed it’s only a chat solution. So it could be used as external storage? However, the current support for Dropbox and Gdrive as external storage is not working really good either (I haven’t checked on it for a few months) and these services are much more popular throughout the world.

Perhaps, something else to notice, the chat clients, external storage connectors, webmail … many of these features were developed by the community and not the Nextcloud company. At some points they (NC company) can help, give support and a few ones even got full official support. So it’s more up to the Chinese community to get active. A cooperation with a university or large company might change things. It’s the best to reach out to Nextcloud GmbH directly.

Please note, that this is the community forum and only share our thoughts here, we do not represent the Nextcloud company.

I think you meant Not invented here syndrome (NIHS)

But I agree, Nextcloud can only succeed in China if there is uptake from within, with Chinese speakers taking up some sort of community support.

But a few small steps could be taken to make adoption easier… like setting up a Chinese language category here etc.

Nextcloud can only succeed in China if there is uptake from within, with Chinese speakers taking up some sort of community support.

I don’t know if Jingtao Yan who is Chinese speaker, can provide community support but he is producing a great app Mind Map that might be important for the NC eco-system

Ok, I didn’t know that and I assumed it’s only a chat solution. So it could be used as external storage?

Chinese people use Weixin (WeChat) to do anything, they use it along w/ AliPay to pay anything : from the highway toll to fruits in the streets. Some friend in Shenzhen explained that after losing bank cards a few years ago they didn’t even bother to renew !
So about the external storage, it goes through the professional app of Weixin : WeChat Works (mobile as iOS, desk as MacOS) .
I haven’t used/test it yet. I much prefer NC 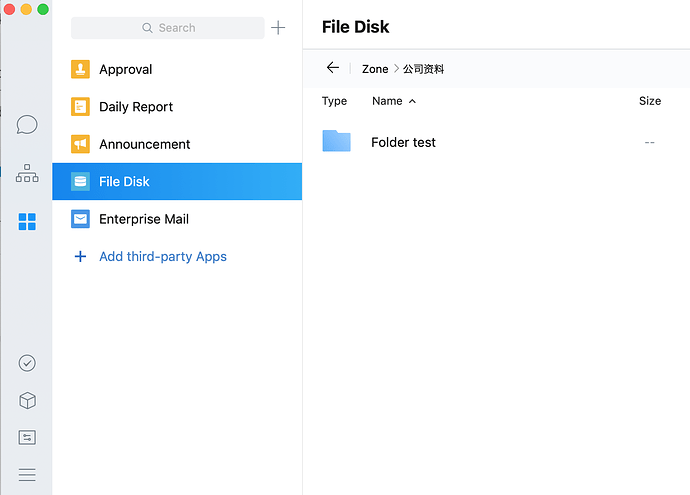 Apart from the fact that in China there is no political desire to enable such a service EVER. The government aspires to have 100% control of most data on the web in China. They started decoupling China-Net from the Internet years ago and they are just increasing the process lately.

A Nextcloud service that is not under direct access by the Chinese security services is absolutely not in anyones interest in the current administration. VPN’s do exist but they are either owned by Chinese companies ( approx 30-40% ) or it is a constant arms race.

Apple was only allowed to operate their iCloud with the caveat that all the servers saving iCloud data from Chinese users, are actually IN Mainland China. Every operator who offers web services in China needs to have a permission by the Ministry of Safety and Security.
Although not slavishly enforced, but using and owning messengers like Signal without a special permit is technically illegal too.

So if you want you would need to do that illegally. There is a top layer application that rides on WeChat while hiding the communication, but again, that is something that might get you into trouble ( check out LeakZero ).

I had a NextCloud server running in Germany on a fixed IP and eventually the “Great Firewall” got hold of it and shut it down. I can operate via VPN but that is pretty much it.

@marchofer
Many thanks for this very detailed technical functionalities of the Chinese OS. It is indeed a proprietary application not very much an open source one.
The top layer application seems to be an interesting fork to cross custom regulations.