Trying to install nextcloud on synology nas, cant find the folders I specify

Hello, currently trying to install through synologys docker app, but once I get the webpage open it can never find my data folder, i have them all seprated (html, custom themes, ect), have the mount paths set correctly in docker, and yet its never able to use them during install, any idea why?

Sure, my folder are created like this, in the way that separates each part for easy management 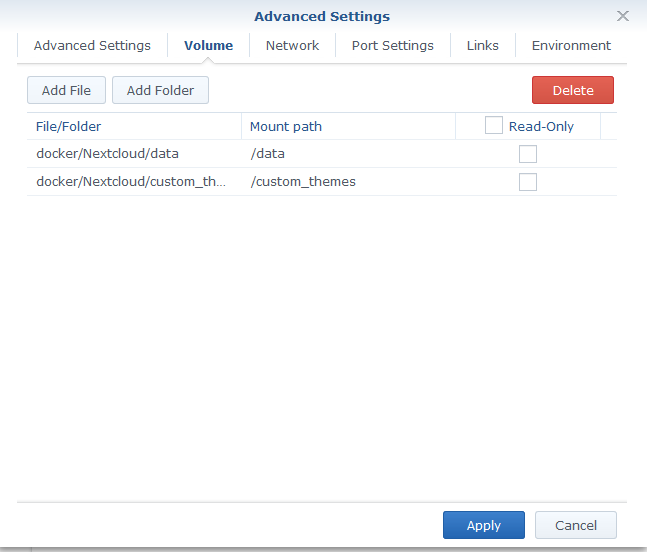 Everything works fine until I get to the setup screen, it wants a path for my data, no combo of “/nextcloud/data, /data” ect, works, other apps like jellyfin only see the folders I made for it in the docker set up, and work just fine (example: “Docker/jellyfin/meida” but all jellyfin needed was /meida

No idea what im doing wrong.

Filenames are case-sensitive. Have you test “/Nextcloud/data” or is it is typing error in your post? But perhaps there is another error.

Which docker version are you using?

Got it working!, issue was that I had to fully set the paths in docker, so while my folders are docker/nextcloud/html, I had to set the mount path in docker as /var/www/htmlthanks to those that commented!

Maybe you even would like to map some files. E.g. I mapped
/usr/local/etc/php/php.ini
to be able to modify the file from outside of the container.