That’s a Wrap! The NextGov Hackathon was a success, learn about what got done!

Originally published at: That’s a Wrap! The NextGov Hackathon was a success, learn about what got done! - Nextcloud

This post was adapted by the European Commissions blog here.

From April 25th to May 10th, Nextcloud and the European Commission’s DIGIT team joined forces in creating the NextGov Hackathon.

There were three main goals of our hackathon:

One, to add new features and improvements to Nextcloud Hub. We have a large team of developers working hard every day, however new ideas and talent from our community and beyond are much appreciated.

“As developers, it’s really nice to see other people working on Nextcloud who make new applications.”

Two, with new, additional enhancements and features of Nextcloud, we hope to attract public administrations and government entities to use our cloud solution. The more Nextcloud improves and develops, the more it will be seen, shared, and used by these important administrations who also share the values of data privacy.

Three, to bring people together from around the world in the name of coding and software development. As what are hackathons for but to bring likeminded people together to achieve a common goal. In the end, it’s about you!

We are pleased to have met these goals and to achieve overall success.

Between 60 participants from 33 different countries were phenomenal ideas, inspiration, and talent, as well as a lot of effort yielded. As announced in our live streamed video, we have 5 lucky winners who won prizes from €500 to €5,000.

Our first prize winner (€5.000) was for a contributor from Germany, who created an extension to the maps application with loads of exciting features.

The collaborative map allows you to create, organize, and share a map which is ideal for collaborating on trip preparations.

For example, you can tag locations on your map for places you want to stop at like viewpoints, restaurants, and landmarks. These show up as picture icons directly on the map which makes it easier to visualize your trip. Then, you can immediately share the map with your family and friends and they can even comment in the space.

“We expect there will be a lot of demand for this. This feature is very helpful for both private and organizational use, and the developer did great work implementing it.”

Stay tuned next #AppTuesday for a very special feature about the first prize!

The second prize winner (€3.500), comprised of a group from Malaysia, Spain, and Greece, worked on an extension to the contacts app that brings a cool, new organizational chart feature.

Directly in your Nextcloud contacts, you can create a visual organizational chart fast and simply which is ideal for companies and organizations of all sizes to keep track of your always changing organization.

“This is a wonderful idea that will make even our own HR-team super happy. I can see how this is useful in pretty much any organization deploying Nextcloud.”

Nextcloud and the European Commission are pleased with the results, and a huge thank you goes out to all the contributors whether an individual or a team, the moderators from Nextcloud, the organizers of the event, and those cheering on from afar. We couldn’t have achieved so much without you!

Hope to see you same time, next year!

Nextcloud and the European Commission have been working closely together for years, as they share our mission and values regarding data sovereignty, and making EU institutions, governments, and businesses be able to take back control of their data.

About the Directorate-General for Informatics (DIGIT)

The Directorate-General for Informatics is the Commission department responsible for providing digital services that support other Commission departments and EU institutions in their daily work and that help public administrations in EU member countries work better together. DIGIT’s mission is to deliver digital services to enable EU policies and to support the Commission’s internal administration. Follow DIGIT on Twitter @EU_DIGIT. 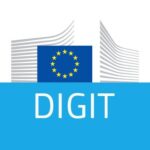