Spring of Code, Spring into Code

Guest post by Arati, who together with Jessica makes up Team Popcorn that has applied to RGSoC2018 with Nextcloud.

Lessons from Applying to RGSoC

The very first lesson to take away from Rails Girls Summer of Code is that it is not in fact limited to Rails developers. Once I figured that out, I realised it would be a great next step for me. I heard about it after completing the Women Techmakers Berlin JavaScript Crash Course, and at the time, I was having trouble figuring out which technologies and personal projects to focus on next as there was so much I wanted to do. What I knew for sure though was that I wanted a career in development. The program, three months of intensive work contributing to an open source project over the summer, seemed like great training for my goal. Additionally, I was excited to be working with open source, a concept I am fascinated by. It’s still two more weeks until admission letters are sent out, but I have already gained a lot from the program.

Speed up learning and results with teamwork:

The first step of the application process is to find a teammate who is interested in applying with you. With two short weeks until the application deadline, Jessica and I had to decide very quickly about working together and start coordinating as a team immediately. [caption id="attachment_3896" align="alignright" width="480"]

at work during a meetup[/caption] As we started working on our first issues together, I discovered how valuable cooperation can be. As someone who has mostly been working on her own, seeing how teamwork can balance out weaknesses and amplify strengths has been a revelation. For instance, while working, my head fills up with a million different ways of carrying out a project, but working with Jessica, I have only experienced the benefits of this trait. I get less fixated on analysing different options and can let my imagination go wild when it is actually needed. This is just one of many advantages I am discovering. It’s also helpful learning techniques from someone who is at a similar point in her programming journey as what is taught is naturally adjusted to the level of understanding of the learner. Additionally, Jessica has really inspired me. She is constantly going to meetups and also helping as an organiser. Seeing how involved she is in the Berlin tech community has made me want to go out and explore as well. I was so grateful to have discovered WTMB, but now I know that the organisation is fortunately not a unicorn. There are many other wonderful groups out there.

Seek out community support simply by asking for it:

Another part of the application process is that teams have to enlist coaches to help them succeed during the summer. The process of seeking out help has been empowering. The responses we have gotten have been overwhelmingly positive and it has shown me how much help you can get just by asking. Additionally, it’s been heart-warming to see total strangers share their time and experience to help us succeed. Of course, this positive reception also comes from being applicants to RGSoC. A large community has grown around the program over the years and people really care about it.

The third component of the application process is figuring out which open source project you want to contribute to. Jessica and I picked Nextcloud because it was a good fit in terms of our programming backgrounds, it has a strong community presence in Berlin, we are inspired by the way it gives control back to users with self-hosting and we just plain and simple like it! While taking classes and following tutorials online is definitely a great way to learn, I wasn’t sure what “real” projects were like before. I didn’t know whether I would be able to handle them or if I would enjoy working on them in all their mysterious complexity. I remember wishing for an internship so that I could see how developers interact with the code of a living, breathing application. Turns out you don’t need an internship for that. While I had heard of open source projects before, it wasn’t until researching RGSoC that I understood that I could interact with them at my current learning stage and how to go about it. It has been unbelievably exciting to see that I can successfully work with the code of a monster project like Nextcloud. [caption id="attachment_3895" align="alignright" width="300"] 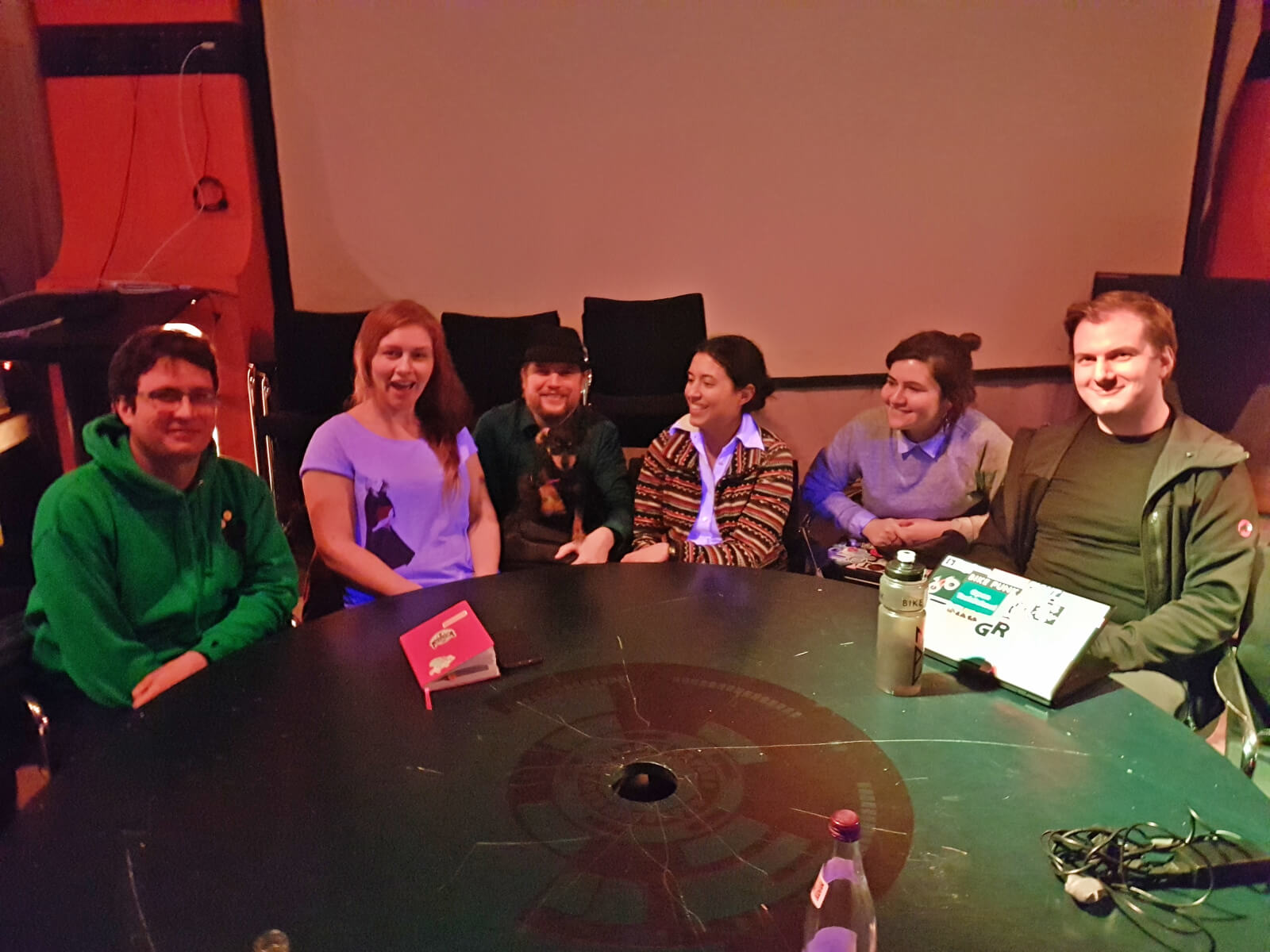 Another meetup in Berlin with the inspiration for the team name in the middle[/caption] Additionally, RGSoC encourages you to reach out to project mentors ahead of time. Seeing all the other applicants commenting on issues and knowing that the seasoned contributors of the participating projects were primed to have newbies around definitely made it easier to start contributing.

Without a doubt, I have grown a tremendous amount in the six weeks since I first heard of RGSoC. I believe this is because of the holistic way in which the program has been designed. I can only imagine the valuable lessons ahead for those who will be participating during the summer months. Go here to donate and do think of participating in future years as students, coaches or projects! In the meantime, Jessica and I will be making our own mini-RGSoC experience this spring as we will be taking part in the Nextcloud hackweek starting on the 9th of April.