I followed this tutorial and my Nextcloud Hub has been working flawlessly ever since. Shout-out to the author: Great Job!

This is the error message I receive as I try to start the docker/Nextcloud:

The last couple of weeks I have received a warning by e-mail that my certbot Letsencrypt certificate was going out of date. Today I thought I’d do something about it.

What can I do to fix this problem?

Thanks for your help!

PS. I am not sure about my IP-configuration in my WAN-settings on the router. There is a Service Name called TURN with the External Port 3478. I cannot remember setting that up.

I went to the certbot page where the instructions I previously had followed were found. I followed them and I get a “Congratulations!” in the terminal window.

The real question here is, your certbot was obviously set up and working before, so why did it stop? If you run certbot again from the CLI does it renew successfully?

I tried to enter Nextcloud in Firefox and received this: 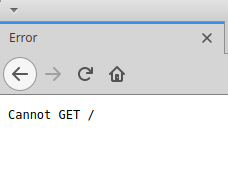 There are several things that could be going on here. Make sure your Docker containers are all up and running and that your disk isn’t full.

At some point I tried to update the Nextcloud installation to a newer version. From 20.0.4 to 20.0.8? I clicked “open updater” but nothing seemed to happen. Clicked that several times. I also downloaded the Nextcloud update files. (I do not get how I will go through with the update).

You don’t update using the normal procedure when using Docker. You update by pulling new versions of the containers.

There is a Service Name called TURN with the External Port 3478. I cannot remember setting that up.

This is for coturn. It’s used by Nextcloud Talk.

As always, I owe you a great deal of gratitude for trying to help me out. Thanks!

Here is what seems to be the problem:

Yep, that last line shows you what the problem is. The Nextcloud Docker container is configured to use TCP port 8080, but something else on your system has the port in use, so Docker fails to start the container.

To find out what it is, you can run: sudo ss -4tnlp

Thank you for getting back on this!

I got this output:

I used another command (sudo lsof -i:8080) and got the following result:

Could the spell checker be the disturbance? Or Apache2?

Could be. You can get a list of your Apache sites and listening ports with: sudo apachectl -S

If your system has netstat installed, you can also try using that: sudo netstat -lntp

Here is the output for apachectl 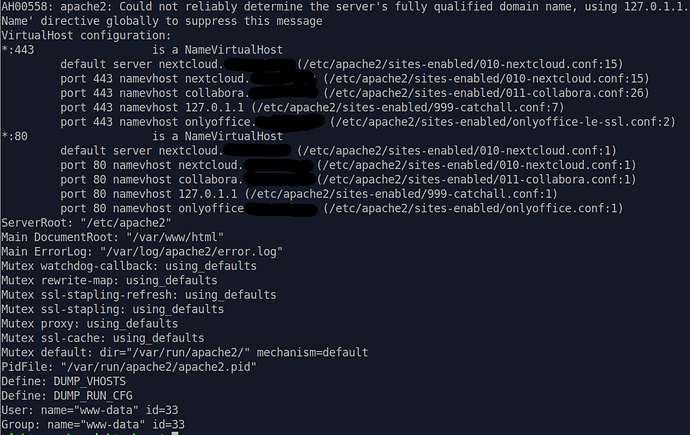 Here is the errorlog

Here is the output for netstat

Seems like the spellchecker is on the 8080 port. Should I try to just uninstall that or is there anything else I can do?

I have now tried to kill the process called spellchecker but it just starts up again immediately (with a different PID). Is there a way to disable spellchecker from that port or just uninstall it altogether? I think it is the Collabora spellchecker that I tried to install but have not been able to make function properly anyway.

Now, how do I remove that?

I have solved the problem! Thanks to KarlF12 for giving me some pointers!

All in Terminal below: