Our company has product brochures, catalogs, flyers, and pricelists for companies that we represent. We want to put this in our sales peoples hands in an organized constant fashion. We would like a way to store the files as a record that could have multiple directory paths.

After looking at the examples below- Continue Reading.

This approach would save space and make maintenance over the system easier. For our use. We would like a system that has ACL like group access at a file level (Like Access or Customer, Inside Sales, Outside Sales Groups). We would also like to take advantage of offline syncing for Mobile use.

I saw that Lucene was recently implemented for Next Cloud, which is also excite. I haven’t used Owncloud or Nextcloud, I was wondering if anyone could offer their thoughts on this project. Does next cloud already support this type of approach?

Instead of file with multiple paths, I think it will be even better if we can have shortcuts for files or folders.

But about sharing files with a certain group of people, Nextcloud already has that. Just put the files in a folder and share the folder to groups. You can add people to groups in the user panel.

If you haven’t tried Nextcloud yet, give it a shot, it’s definitely worth it.

Thanks for your response, I think your suggestion could also be workable. I have thought about trying to put a web app in front of a cloud storage solution, but it just seems like allot of overhead.

Sorry, for replying to my own message. But I thought I would add some information that I have been collecting on this.

Here is a discussion on the owncloud feature request that was closed, without implementation.

Based on the lack of response, I’m guessing this suggestion will not get much traction. If it would make a difference, I am willing to contribute real money to this request and open up a bountysource.

I have been surveying other cloud file syncing apps, although I have not verified with testing. Based on some of that reading, pure OS symbolic links look like they have presented a challenge for other file sync applications.

Learn how to place a Google Drive file or folder into multiple folders simultaneously. This prevents you from creating duplicate copies of the files in Google Drive.

Link an internal folder instead of copying?

I'm looking for a way to decrease duplication. Is there a way to, instead of copying and pasting a folder into DropBox, pasting a shortcut link or similar? I have a number of files that I need to maintain both in a Dropbox folder and in a folder on...

Hi all, I have a question about an idea I had: what do you think about virtual folders? Are they possible? For example, if I have a lot of files which are not synced with my laptop (because of hard disk limitation) and I want to see one, my workflow...

I think NextCloud already have the “file icon is a link to the file rather than it’s the file itself” concept.
I had this small experiment just for fun:
I logged in using account A
I created a folder, then I created a txt file in it (txt files are editable with document editor enabled)
I shared the file itself to account B, then I shared the folder that contained the file, to account B
I log out and log in to account B
Sure enough, the txt and the folder both showed up in the home directory
I edited the txt from the home directory and go into the folder to check the txt inside
And it’s edited!

I know this experiment isn’t much use, but I just want to test that if the shortcut concept exists in NextCloud, and it does!

The only thing left is the ability to create a button and point it to whichever file we want.

I was wondering if @kmcb could get the functionality he is looking for by using tags.

In his example the file Fire Truck and Crane Chains would get the tags: “Fire Trucks”, “Cranes”, “Catalogs” and “Chain”.
Maybe he could access to the right files (e.g. the files in "Main Directory -> Applications -> Cranes) by using a WebDAV request for the files with the right tag.
I am not at all sure about this functionality, but he could dig a bit about WebDAV potentiality.

@Philip - Thanks for trying that. That was a great idea, to test it in that way. I will get a server setup, tonight, so I can play around with it also. I’m curious what happens when you move one of the shared folders in Account B. So if you create a new folder in account B, can you moved the shared folder into it? That would give some indication if there are mechanism to handle the change in path, which would be concern for this feature request. For example: If I moved a folder containing a reference file, how is that handle? My preference would be to have the original base file updated with the new path.

@Spartachetto - Thanks for your your comments. I think there is a benefit to both Tags and my proposed approach. I think the tags are most useful for the person that created them and knows which tags exist. I would like the user of this system to dig down in a systematic fashion and see the different options. I also plan on implementing tags in parallel as they learn the structure and naming convention. Also, My example is simplify. There could be a couple more levels in the directories. I’ll need to look more into the WebDav suggestion, I’m not currently familiar with that interface.

I didn’t thought of that and I just rushed over to try it.
It works!

I got the server up and running, tonight. I saw similar results to yours. It took me a little time, I had trouble getting PHPMYADMIN working. I switched to MySQL Workbench. It looks like if you add a record to the oc_filechache table it might do the trick. I took one of the stock new account files and was able to create partial (Although not working) link to it in the same account.

On another tangent: It was also interesting to see the behavior if you shared one of the stock folders between two new accounts. I thought it might create a second photo directory if someone shares a photo directory with you. Instead it looks like it makes them one folder. Pretty Cool.

Good to hear the interesting results!

I think the shortcut concept is possible, hopefully we will see it soon.

We have an interest in this idea, specifically to create sets of links to share with groups and teams, where the folders containing the files or sub-folders are already shared with the groups (or meta-groups e.g with all staff) - and potentially to build some of those links into the new user template (like a sort of distributed intranet-lite).

It seems possible that the code for making this work may be already contained in the external sites app, as the shortcuts will just be internal URLs (does that make sense @frank ?).

Did anyone open an RFE issue for this anywhere on NC repo? If not I’ll go ahead and open one.

Here is the request that I started. 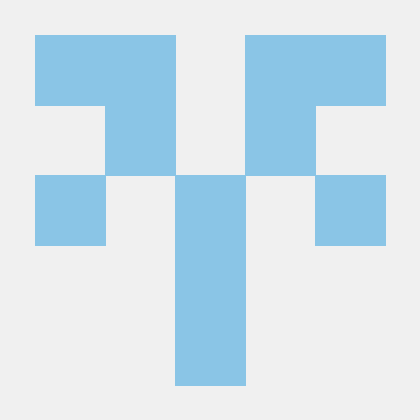