I used to have file shortcuts (like Windows *.Ink files) to link files or folders within the Nextcloud.
That was very convenient for searching and understanding their relationship in the sharing.

After upgrading Nextcloud Desktop Client to ver.3.2.1 (Windows), these shotcuts is not shared in the Nextcloud.

there is “Ignored files” setting where one can define files should be excluded from syncing. my client (upgrade from 3.1) doesn’t list *.lnk files even after “Restore defaults”, but maybe this is different for clean installation. Please double check .lnk files are listed there… Maybe some other definition matches you lnk file names? 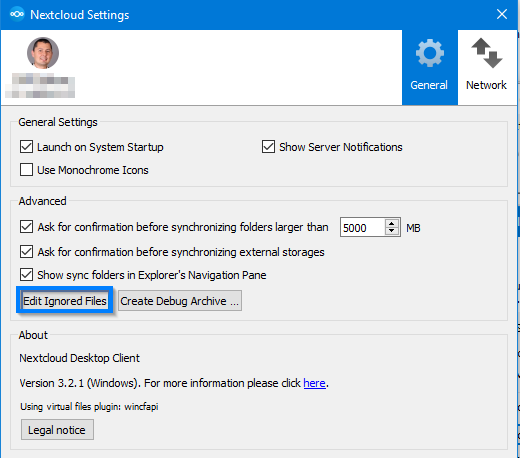 Unfortunately, I cannot specify the affected setting of ignored files from default setting of my clean installation.

Attached the setting of my ignored files. 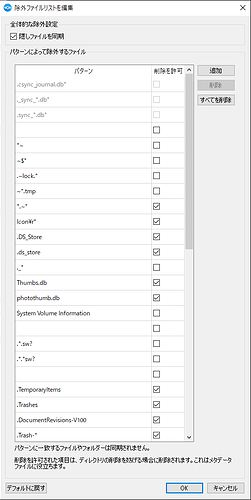 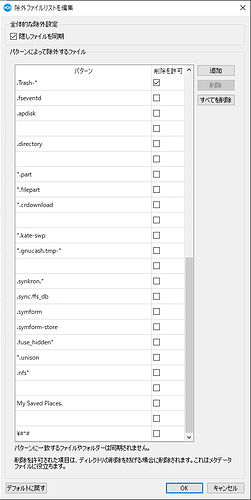 I made some tests and confirm .lnk files will not upload from Win 10 Client 3.2 to Nextcloud.

Update:
Little more investigation gives you lot of discussions been around for ages:

Hi guys, I plan to move to nextcloud as soon as it comes out. I was wondering if nextcloud has any plans for symbolic link support. I currently backup and sync my project and work folders with owncloud, and there are some internal symlinks in there. It would be nice if symlinks are also saved as is, meaning that they will appear as symlinks on other devices as well. At the moment, I have to manually take care of these symlinks which is a bit annoying. It would be nice if nextcloud has beha…

Currently when I add a symlink inside my Nextcloud folder it doesn't sync becaus…e "Symbolic links are not supported in syncing". I am trying to use Nextcloud as a home for my data, to have it synced between my PCs. Now I'd also like to be able to access my git-repositories (mostly) code via the directory-structure in Nextcloud but I don't want to sync the git-repositories via Nextcloud. This is why it would be really nice for me to be able syncing only the link to the repository which is on a fixed position on any system. eg: ~/Nextcloud/current_projects/fizzbuzz would point to ~/repositories/fizzbuzz. If I happen to be on a system where this git-repository isn't present I can just clone the repository there. This option could be optional (like the syncing of hidden files). There's also a issue about this for the owncloud-client here: https://github.com/owncloud/client/issues/1440

This is a fix for #3041 As mentioned here https://doc.qt.io/qt-5/qfileinfo.h…tml#details "On Windows, shortcuts (.lnk files) are currently treated as symlinks. As on Unix systems, the property getters return the size of the targeted file, not the .lnk file itself. This behavior is deprecated and will likely be removed in a future version of Qt, after which .lnk files will be treated as regular files." - In our case, executing any of **QFileInfo** or **QDir** functions that query the ".lnk" file internally, would result in a freeze if the ".lnk" is not pointing to a valid location (a shortcut created on another PC to a folder that only exists there). The freeze is causing the CfAPI to trigger the hydration, even though, it's not triggered by the desktop client's logic (not sure why this happens). - Another problem is - when clicking "Free up local space" the logic breaks when trying to create a placeholder for a ".lnk" file because the ".lnk" file is queried with **QFileInfo::isDir()** which does not lead to a freeze, but, the result returned is incorrect (it treats this file as a directory, while it should be treated as a normal file. This is caused by the same Qt's bug described above). The result - is a crash because of using an incorrect file handle for placeholder creation. During the discussion with teammates, we've decided to always ignore ".lnk" files on Windows. With, or without the VFS enabled (for consistency). ".lnk" files point to a real file/folder anyways, so, by ignoring them from sync, we are not losing the data.

I just installed 3.2.1 and I have the feeling that previously, .lnk files (short…cut in Windows) were synced (at least that I could remove these files from the **Ignored Files** list. On 3.2.1, I can't force the sync anymore. Am I wrong?

Thank you for your information from GitHub. I decided to downgrade to the previous version, waiting for its allowing non-VFS mode.