Thanks for your patience

Note that this project skipped Nextcloud versions 18 - 21 and there will be no backports for these versions.

Version 3 is a rewrite and brings changes to the usage:
There is no button in the share menu to rename the share anymore because the app now has its own tab in the sidebar, where the links can be edited. 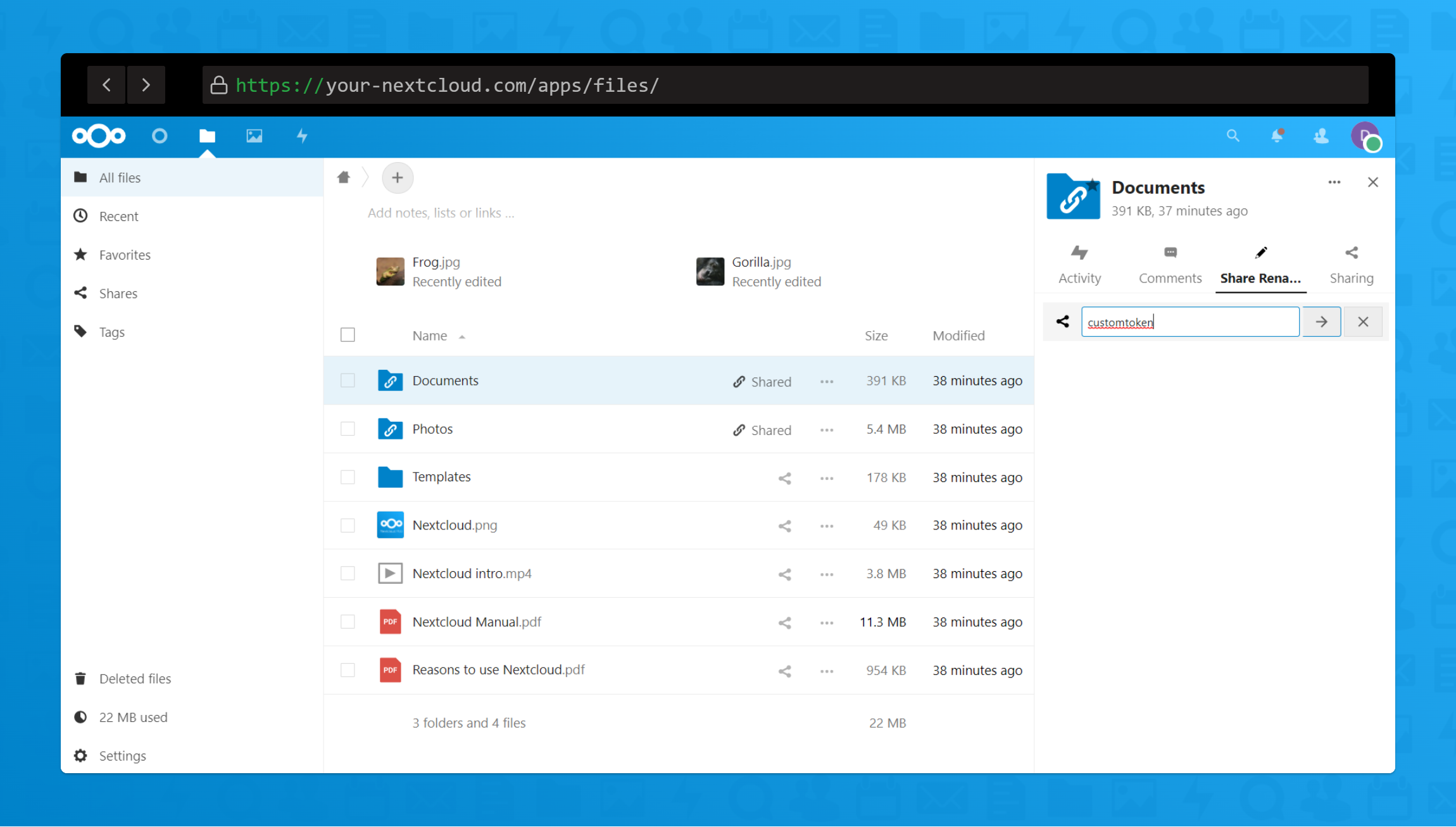 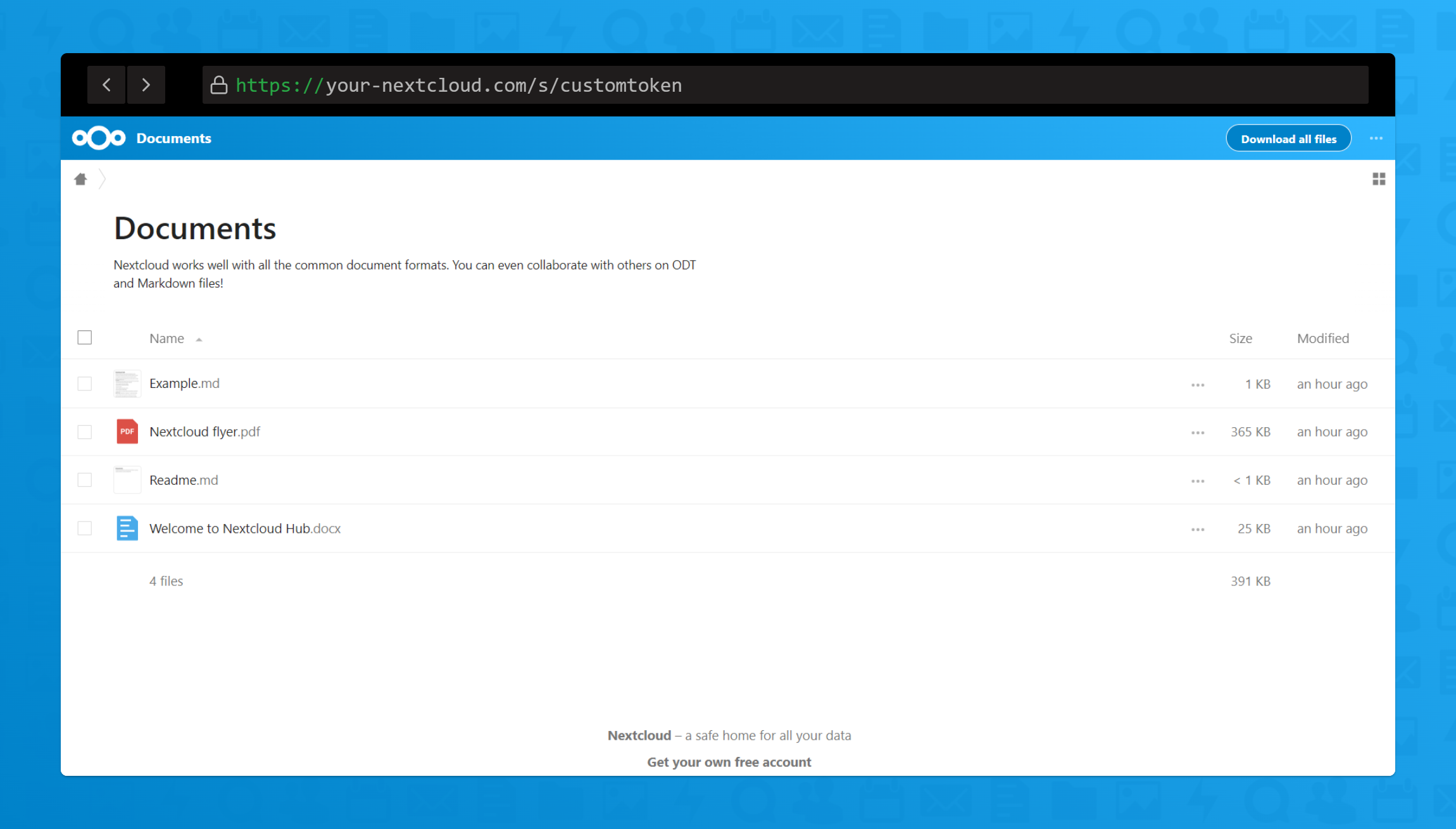 Known issues will be addressed in later releases.

Finally the app is back.
Just downloaded the new version on NC 23.

Thanks you very much for update this app!! (and DecaTec for the original app)

I was expecting all this time this new version. I use it a lot to share easily links with my friends and work colleges