Restore data from a BTRFS snapshot - path doesn't exist (But it does!)

I was confused that Nextcloud Pi tells me that the file path doesn’t exist for the snapshots, because it does. It does the automatic and manual snapshots just fine, I just tested it. If I check my “Backups and Snapshots” it does not show the Snapshots though, also in “Restore data from a BTRFS snapshot” it tells me the path does not exist, which is a lie, as you can see clearly on the screenshot with the opened path in filezilla.

Has anybody got an idea what makes Nextcloud Pi behave that way? Why does it say the folder does not exist when, actually, it does exist? 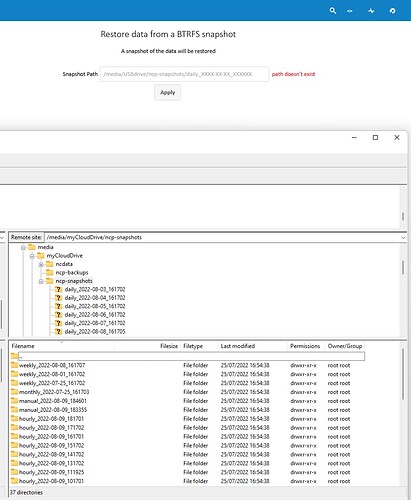 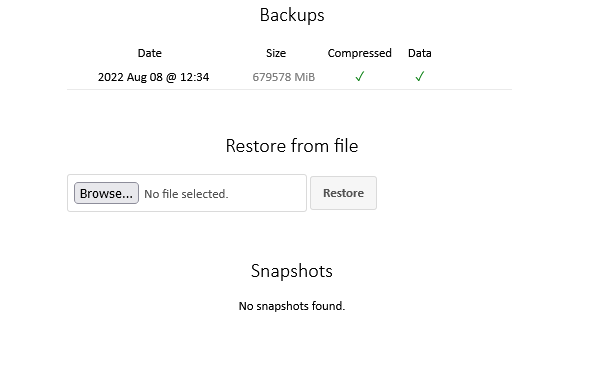 Thanks for your input and suggestions!

Hello Philipp, unfortunately I don’t know what is causing this behaviour but does it do this even if you manually write in the full path to the snapshot? Including the complete name of the snapshot (with the dates) or just the directory path?

Thanks for the reply. Manually setting the folder does work, he then says the path exists (but can’t load it, since the folder is not a snapshot:

Manually typing the snapshot’s name (which is a workaround, albeit a meh one) could work, but I don’t really want to reroll to a snapshot right now.