The possibility of your Google account being blocked forever?

It’s more likely than it may seem.

And Google will do nothing about it. 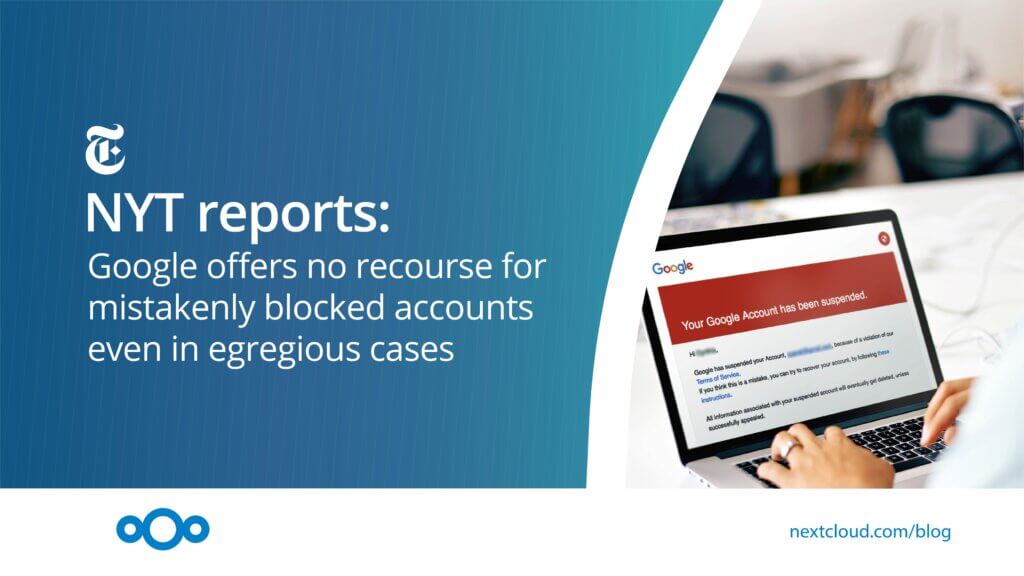 As seen in the New York Times article, two individuals from California and Texas have been permanently blocked from their Google accounts due to a mishap with Google’s automated child abuse algorithms.

The mishap being nude children’s photos intended for a doctor’s diagnosis.

Mark, a San Francisco dad and avid user of Google products, discovered his infant son was in pain in the groin area and immediately scheduled an online emergency consultation due to the COVID-19 pandemic. Mark and his wife were advised by the doctor to take a photo of the affected area in advance and upload it to a medical portal. The photos were taken on his Android Smartphone and were backed up to the Google cloud. Two-days later, the Google algorithm mistook the sensitive photos of his son as child exploitation and his account was disabled.

As a former software engineer, he was familiar with similar algorithms and Mark thought that there would be someone who would intervene and he’d get his account back, no problem.

He was wrong. Even after explaining his situation in a follow-up form, Google responded that they would not return the account, with no further explanation.

In an almost identical incident, Cassio, a Houstan, Texas dad who was in the middle of buying a house, also was requested to take a photo of his sick son in an intimate area. He too took the photos for the doctor’s diagnosis on his Android phone which was synced to Google Photos, sent to his wife via Google Hangouts and ended up in the same misconstrued situation.

Mark quickly realized the true detriment of the situation, like a domino effect.

Without access to his Google accounts, he lost his:

🔏 Security codes for other Internet sites

👨‍💻 Most of his digital life … 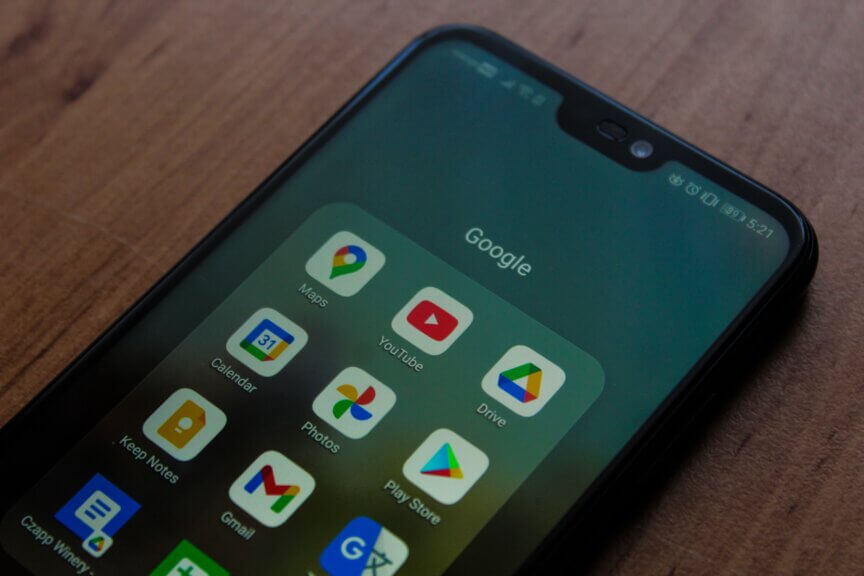 “The more eggs you have in one basket, the more likely the basket is to break.”

This everyday family man got locked out of most of his digital life that he’d acquired for over a decade.

Think about how this affects his personal life, family, job, career and more. All the information is intertwined and traces back to each and every Google product.

As such a loyal Google customer, you’d think the company would have at least looked into his case and reinstated all his accounts. After all, he did nothing wrong and was merely at the fate of an algorithm.

In both cases, their “violation” against Google’s policies turned into a police investigation, at first without their knowledge. However, both were dismissed after a simple explanation. It was clearly an instance where they got caught under a false trap.

However, even after the police got involved and both cases were proven innocent, Google was not willing to re-activate their accounts or return their data. Both individuals, who for years have relied heavily on Google’s applications, were punished by a big tech corporation for something they were not guilty of.

Nextcloud has written about this in the past, and now that it’s hit mainstream news, it’s even more relevant and a critical call-to-action than ever before.

Using Google Photos for instance is very simple for the everyday user, but unfortunately you’ll pay the price in privacy. And this can have consequences, even if you think you have “nothing to hide.”

“I knew that these companies were watching and that privacy is not what we would hope it to be… I haven’t done anything wrong.”

It’s important to come to the realization that we live in a world where even your most private parts of life could become public and be used against you, at no fault of your own, and have dire consequences.

2) Big tech does not care about you

As seen in this story, even after such a highly publicized event, Google to this day has not rightly owned up to its faults and downfalls. Surveilling thousands of accounts with the intention of protecting children against exploitation is justified, however when the system fails there should be alternative procedures in place. Google does not return accounts even after a case was proven innocent, even for being a loyal customer, or for any other matter. Why? They are more concerned about following government regulations and making money. Truth is, the individual is not protected.

“Companies need a ‘robust process’ for clearing and reinstating innocent people who are mistakenly flagged.”

3) Never put all your eggs in one basket

For the victims of this case, both used Google products and services for the better half of their daily lives. To do that with any company is never wise, as you can never predict the consequences of what could happen. Read more here.

Do you really want to worry about what you save on your not-so-private photo album? Is it worth the possibility of wrongly getting turned into the authorities? How about losing all your data for good?

There’s a lot of wrongful and unfair play currently happening at Google and I’m sure you don’t want to get on the wrong end of the stick. Turns out, it really can happen to me and you.