Then I tried to use the btrfs auto sync feature to copy the snapshots to the second HDD. But nothing happened. [Should I report a bug about this?]

I now can mount the data HDD with -o recovery,ro, but the ncdata dir still shows an I/O error when I try to open it. However, the snapshots seems to be alright.

So … I think I need some suggestions before I go on running into issues.

Does someone have experiences with a similar setup?

How can I figure out if the power supply is really causing the issues I faced?
Does the raspberry or HDD provides information about low power (in the logs)?
I guess somewhere there are the technical specy how much power the RPi can provide via USB …?

As btrfs is the default FS suggested by NCP, I expect that it is kind of robust. And AFAI understood, btrfs should be quite robust against failures due to journaling and file chacksums etc.

So, I’m a bit surprised that the FS crashed in a way I cannot mount it normally, and with I/O errors in recovery mode (The error msg in the log is “BTRFS error (device sdb1): parent transid verify failed on 54788096 wanted 658 found 130”).

Any idea how to recover?

Or, would you recommend to use btrfs for this setup?

Should I generally take a different approach?

Any suggestion what I could try to make the really robust?

I solved all the power supply problems in my setup (Pi4 + 2 HDD) with this:

If your HDD’s are fine and your USB hub it doesn’t have enough power this or equivalent solves the problem.

Is better to test the disks in a laptop or desktop and if they work properly you have a low power USB Hub.

Also, you can see the low power symbol with a monitor attached.
The power led (red) on the pi sometimes goes out. Need to be always on.
You need to be sure the Pi power supply the correct one. This can also cause problems. I’m using the official power supply for Raspberrypi 4.

Btrfs raid1 works well for me, check this guide: https://askubuntu.com/questions/1026334/convert-a-single-drive-btrfs-disk-into-a-raid1-with-a-second-disk

Good to hear that this setup works for you. I’ll give this USB hub a try. Both HDDs work fine when attached to my notebook. I tried to copy several GBs of data from one to the other without problems.

Currently, my Pi gets its power via an attached HifiBerry AMP; maybe not an ideal solution.
I guess I’ll change this as well.

Also good to hear that you have good experiences with a btrfs raid1. In fact, I think I followed this guide, but it might be that the power issues caused the crashing of the fs.

So, you never experienced issues that the FS was broken due to HW problems?

Do you use any (active / passive) cooling for the Pi (4)?
Mine was getting pretty hot, but I didn’t check the temperature yet.

Yeah, sufficient power supply is mandatory, i use self powered 3,5" hdds, there it is no issue, also these ironwulf drives are built for 24/7 usage which most of the 2,5" drives are not…

I use that case on Nextcloud. 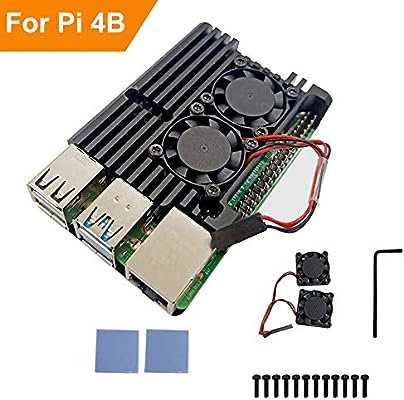 
The fans are a little noisy. Depends on the environment in which it will be installed or your preference.
Idle temperature: 30ºC to 35ºC

On a raspberrypi 4 Pi-hole I use this: 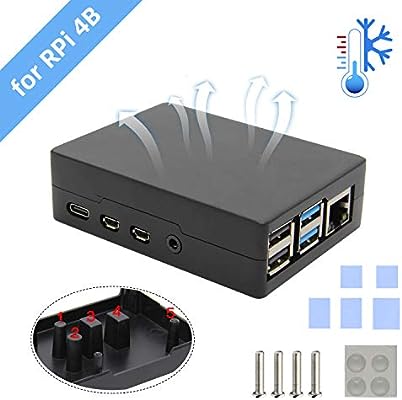 Thanks again for your hints. So I’ll go ahead and play around with another case and USB hub.

so you mean that they have their own power supply?

Exactly, the pi is not delivering enough power for two hdd’s you could however also use a powered usb hub to connect two 2.5" drives without their own power supply

If found in the documentation that the Pi 4 can supply 1,2A for USB (depending on what else consumes power).

USB-Power Supply: From the Raspberry Pi 3 onwards, the total power supplied to all USB ports in aggregate is 1200mA. See Power for more information.

But I didn’t found yet, how much a WD Elements HDD is consuming.