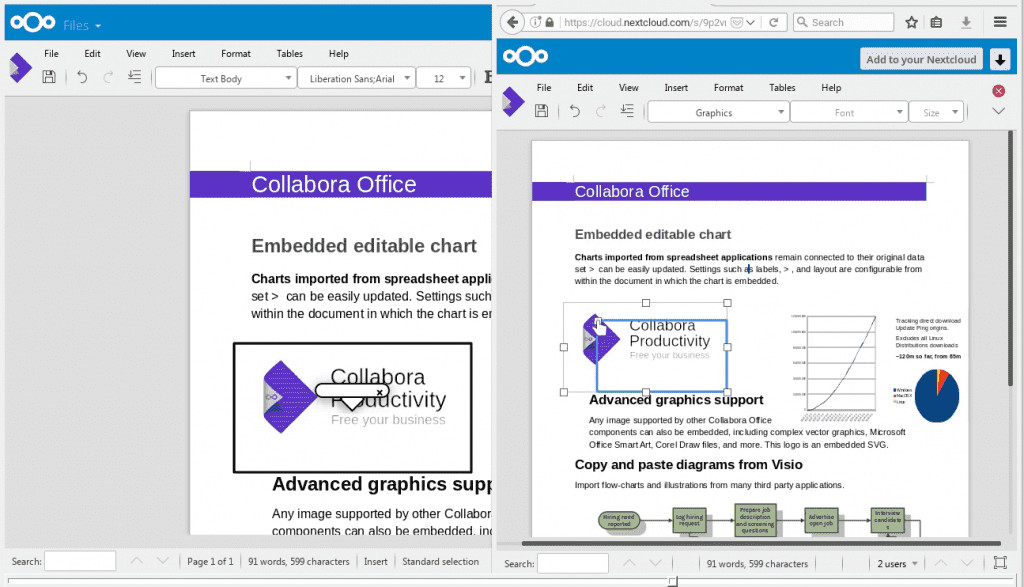 Collabora-Public-Link-Editing-1024x587.png1024x587
Last week Nextcloud 11 was released with a number of improvements to Collabora Online integration, notably a significant performance improvement and collaborative editing over a public link.

As part of the significant scalability and performance improvements in Nextcloud 11, changes were made to reduce the time it takes to open documents. With this release, small documents open almost instantaneously, delivering a much nicer and snappier experience to users.

Watch this video to see how it works:

Editing in the public link does not work. Only the viewing of the document works. Are there any solutions? Docker Image: collabora/code:latest

It does work, but only when sharing a folder (and include editing permissions ).

yes, in the next version of Nextcloud we’ll make it possible to edit a file without first having to put it in a folder and making that folder writable

Hi!
I’m testing and seems to be an issue with Google Chrome, this feature works fine with Firefox.
Testes with:
Firefox 54 (Windows/Ubuntu) - Working

That could be a bug - it works here on linux with Chromium without problems… Nextcloud 12, though, Nc 11 doesn’t support this I think.

That could be a bug - it works here on linux with Chromium without
problems… Nextcloud 12, though, Nc 11 doesn’t support this I think.