with User migration, much improved Office and Talk

Nextcloud Hub II is the world's most deployed collaboration platform, used by tens of millions of private users, governments, and fortune 500 companies alike to regain data sovereignty and privacy. With Nextcloud, users can share, discuss, and collaborate on documents, track and coordinate work, or organize video calls.

As one of the Open Source community's most active projects, Nextcloud Hub II v24 integrates improvements from several hundreds of contributors through over 4,000 commits in 1,300 code merges since our 23 release last December 2021. 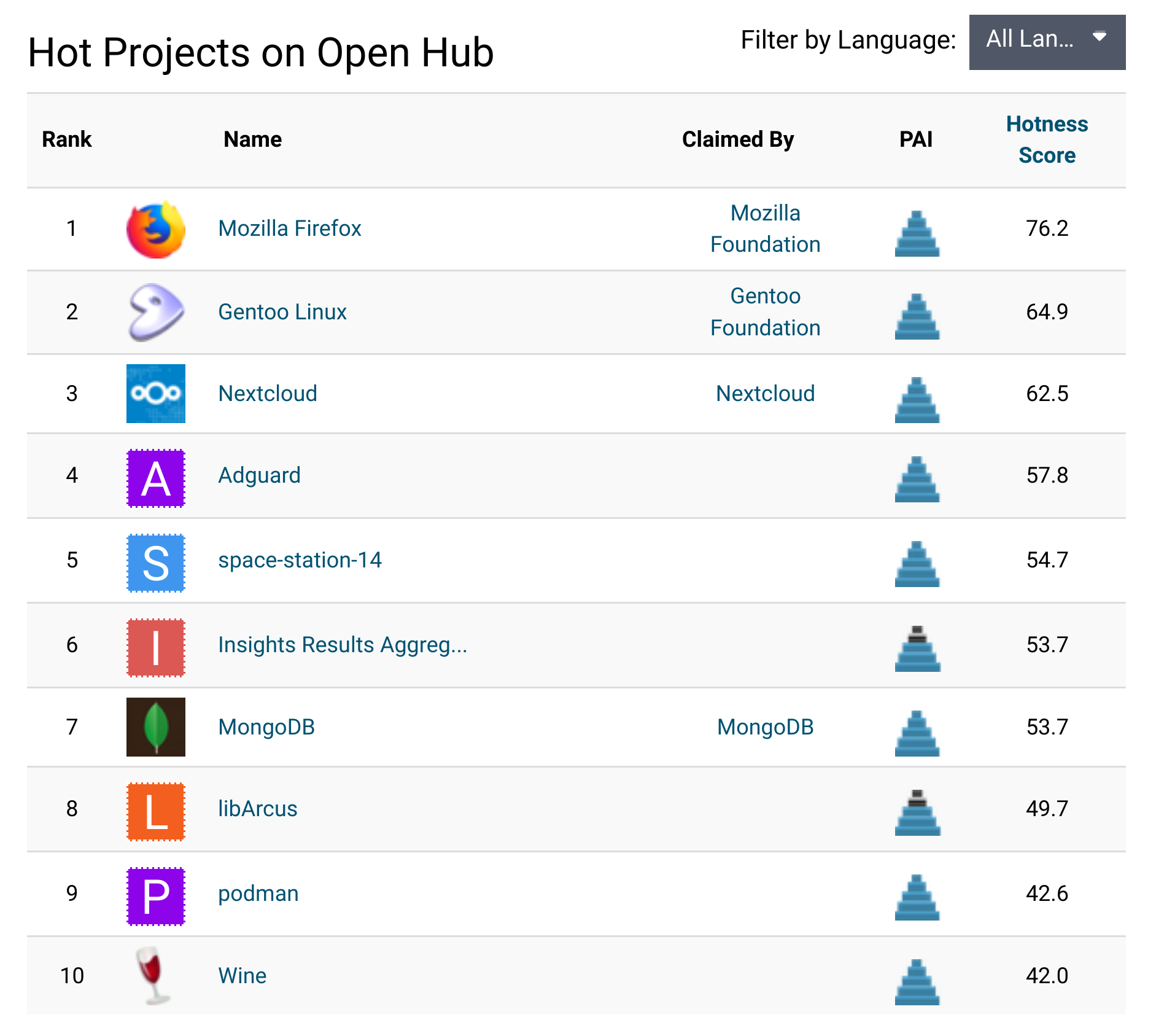 We'd like to thank all those contributors and everybody else who's helped make Nextcloud better, be it through code and app development, translations, or participating in our community forums.

Since the Swedish Government marked Nextcloud as the key solution for digital collaboration, the Nextcloud user and customer base continues to grow quickly. We recently shared customer success stories with the City of Geneva, the local bank in Munich, 15K teachers in Luxembourg, over 35K middle school students and teachers in France and 750K students and researchers in Sweden.

Not only the Swedish government recognized our platform as leading, so did Capterra, together with the GetApp and Software Advice platforms by Gartner.

We are grateful to all our users and customers for their incredible support!

Our goal is to give you, as an individual or business, Digital Sovereignty, that is, to put YOU in control of your data. It is why we provide a special privacy screen and extensive personal privacy settings, why we don't collect any user data, and of course why you can decide to host your Nextcloud wherever you want. With this release, we are introducing the next step: User migration. 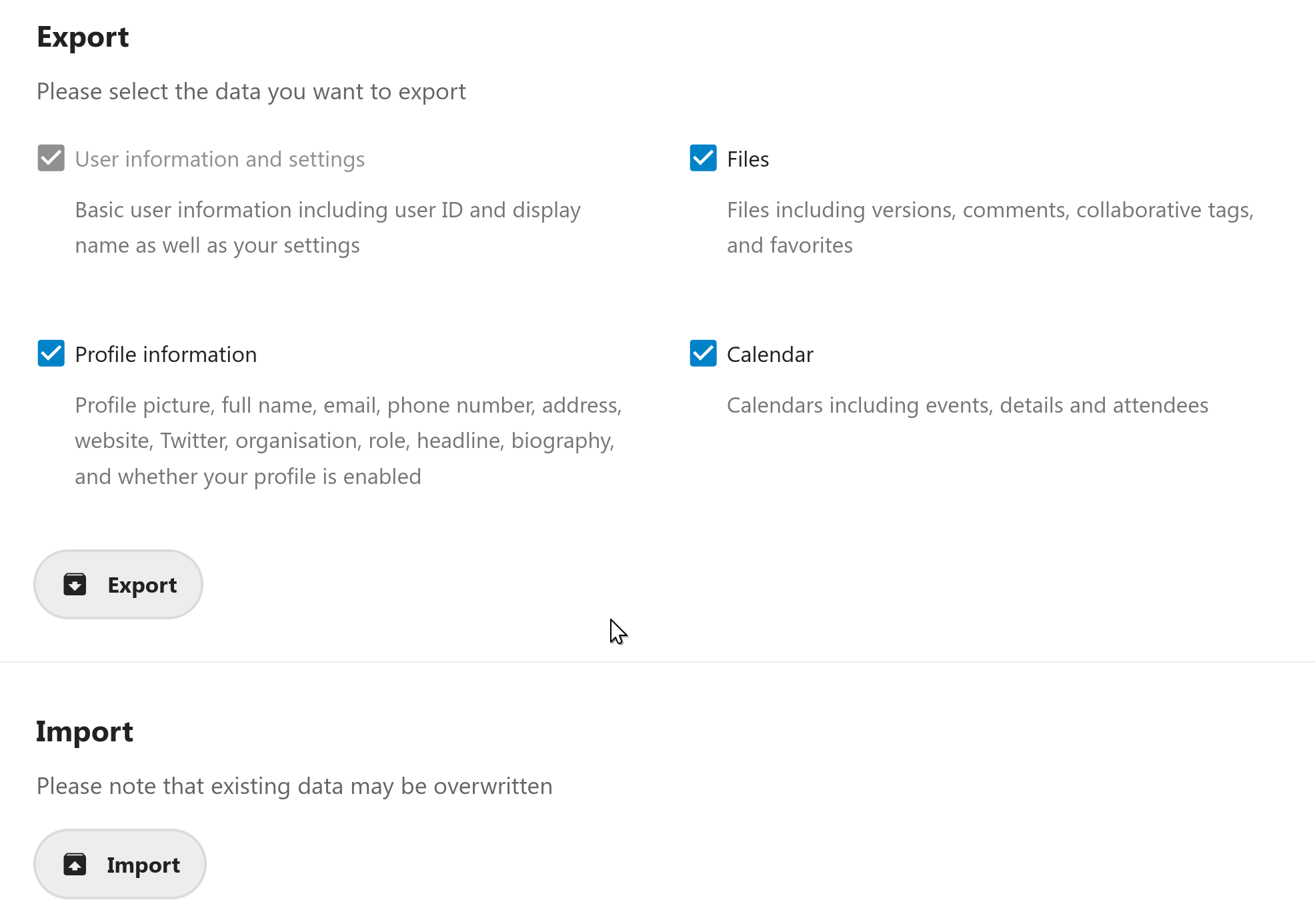 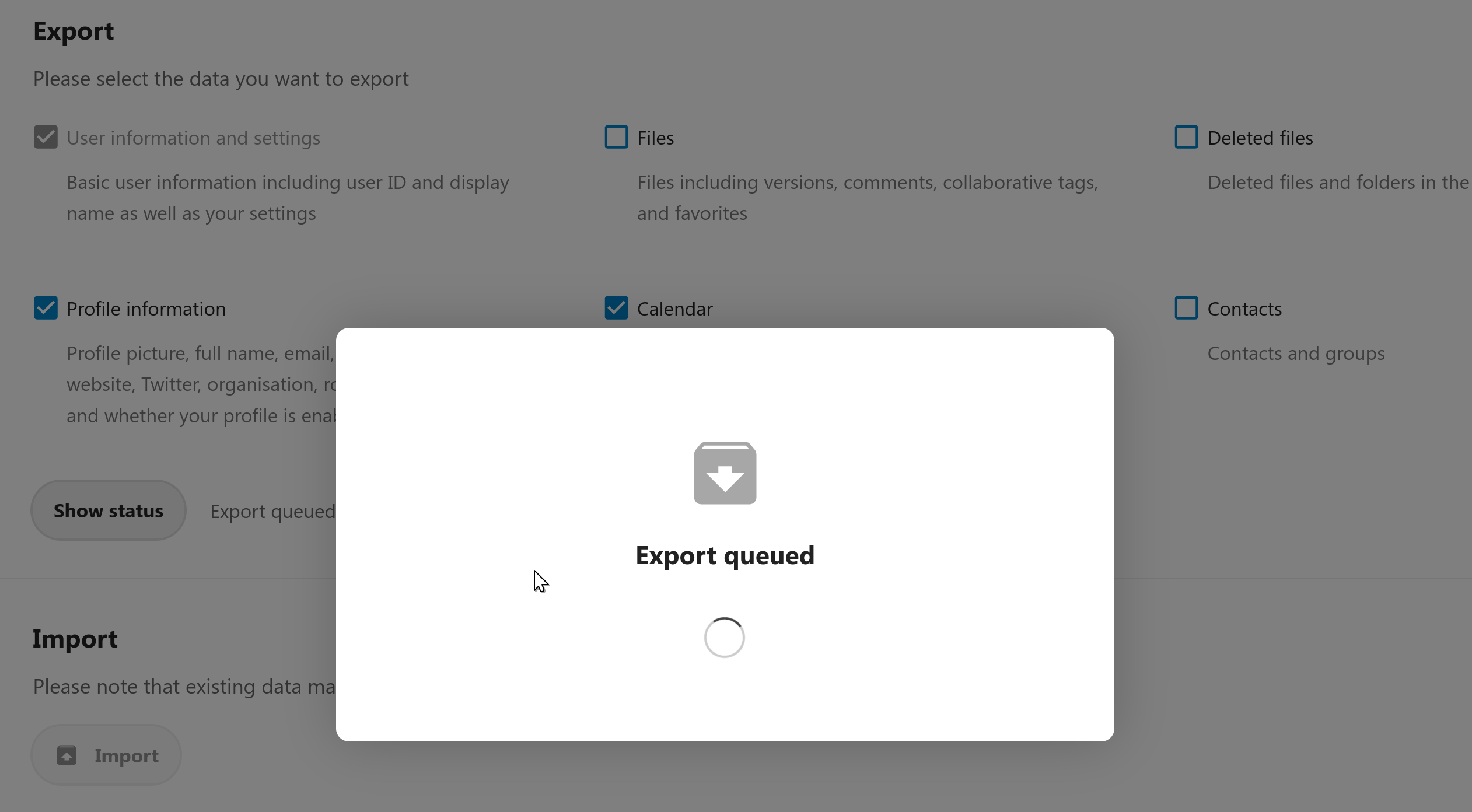 User migration allows you to export your data from Nextcloud into a single archive and import it into another Nextcloud instance! This includes user and profile settings and data from the Groupware and Files apps, like calendars, email settings, comments, favorites, and more. An API allows any app to add support for migration, enabling users to take all their data with them.

You are in control! 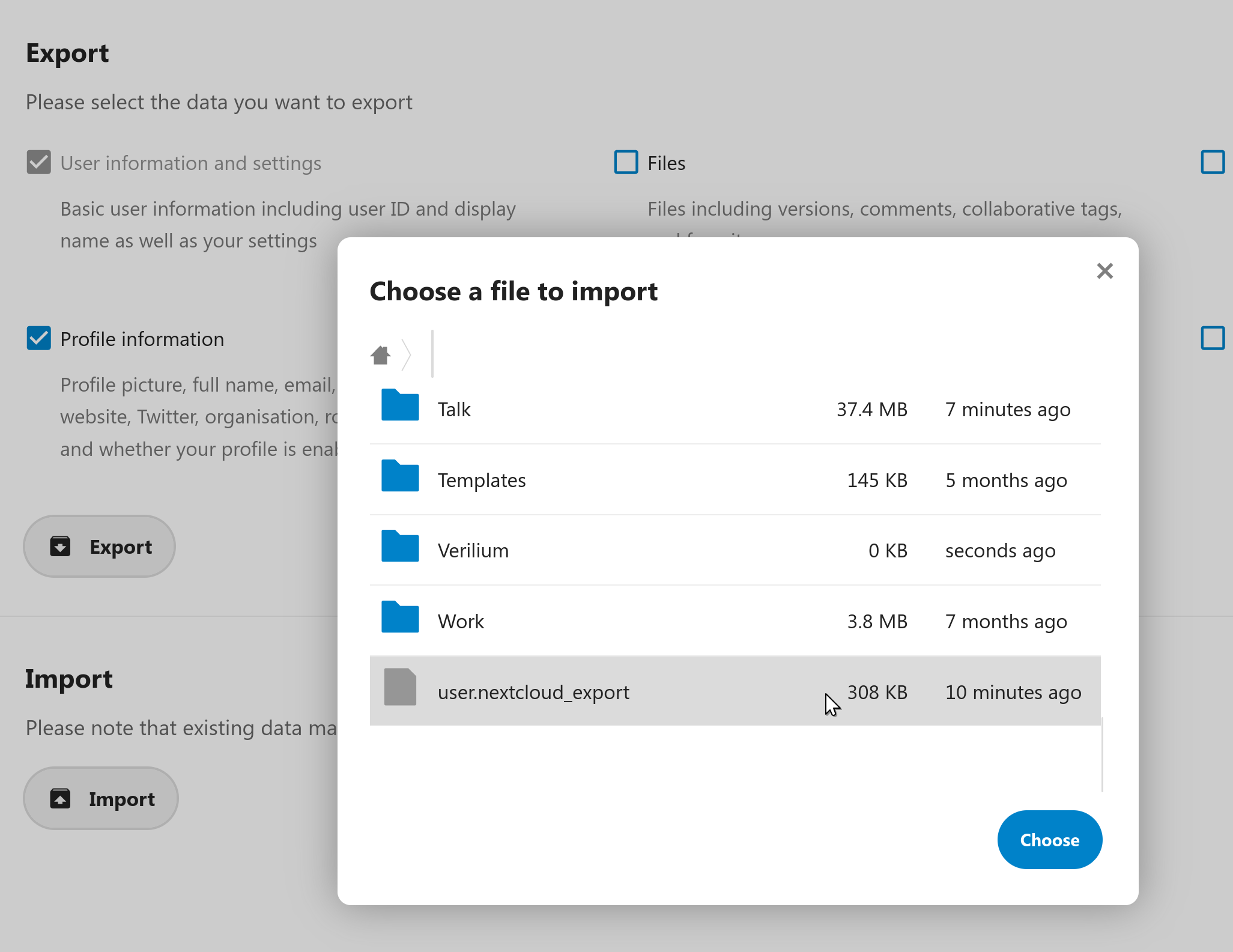 Where the big tech players like Google, Microsoft, and Facebook aim to lock you into their platforms, we want to give YOU control. Thanks to user migration, you can decide where to host your data – and change your mind! You can upgrade from your Raspberry Pi to a hosted solution, or bring your data back home again.

For businesses, this provides an important compliance benefit as more and more privacy regulations require that users are able to easily export their data from hosted services. For large enterprises, the migration feature enables us to provide a series of new, powerful features, information on which will be made available over the following months.

Nextcloud Files has been polished and brings performance and scalability improvements in the back-end. More visible are:

For this release a lot of performance work was done to help scale Nextcloud to larger instances and improve the user experience.

Many of these lower both the load on servers and increase the responsiveness for users, like the smarter handling of file system access that can reduce the database queries for a folder view by 75%. Another improvement is to allow admins to configure when maintenance background jobs are run, so they run at quiet times instead of during peak activity hours. And avatars are no longer generated in many different sizes but in only two, making caching easier and more efficient.

This release also makes it possible for large servers to use a separate Imaginary based docker service to generate thumbnails, both improving security and performance. All in all, users will find this release improves responsiveness while admins will notice a decreased load on servers, especially in large scale installations.

In Nextcloud Groupware, much work was done on the user interface and regarding performance improvements.

The calendar app now shows an 'accept/deny' for invitations in the calendar item view so you can change your status right there in the web interface. The Mail app introduces two important features:

The Mail team is asking for user feedback for the Mail app, to help set priorities! If you want to participate, please use this form. The survey is done with Nextcloud Forms so no data is stored besides your input in the form. 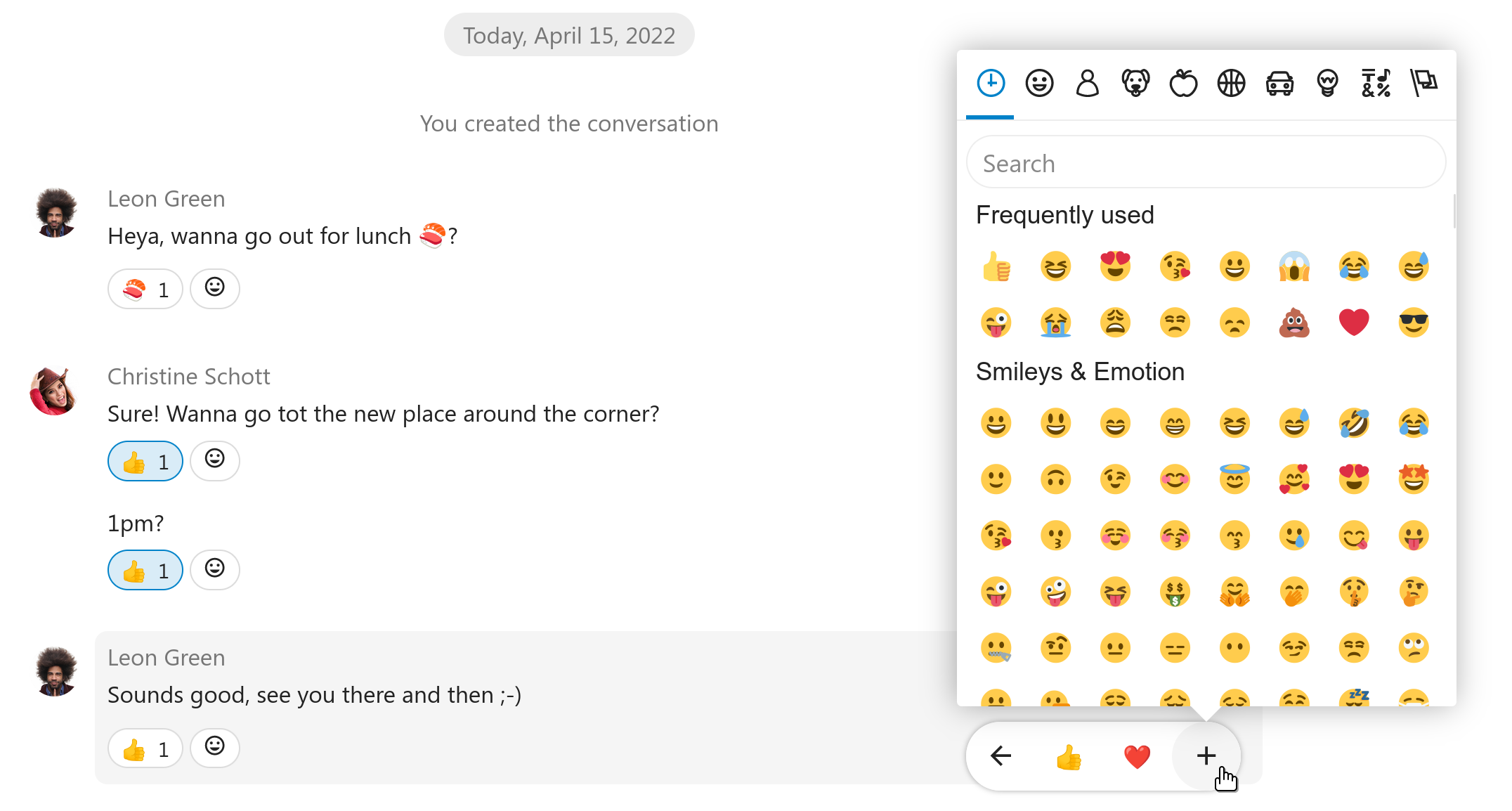 Nextcloud Talk makes a big step forward, introducing a series of reliability and performance improvements as well as some nice, interactive features:

Reactions: now you can react to any message, with any emoji! See others' reactions to messages. 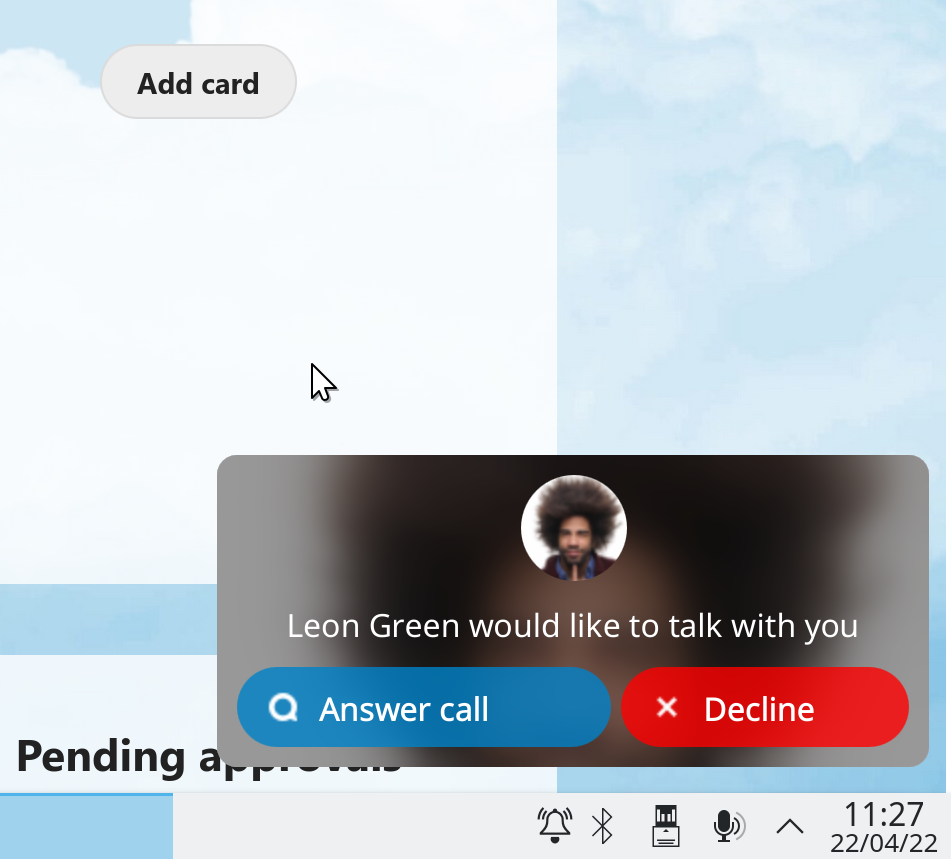 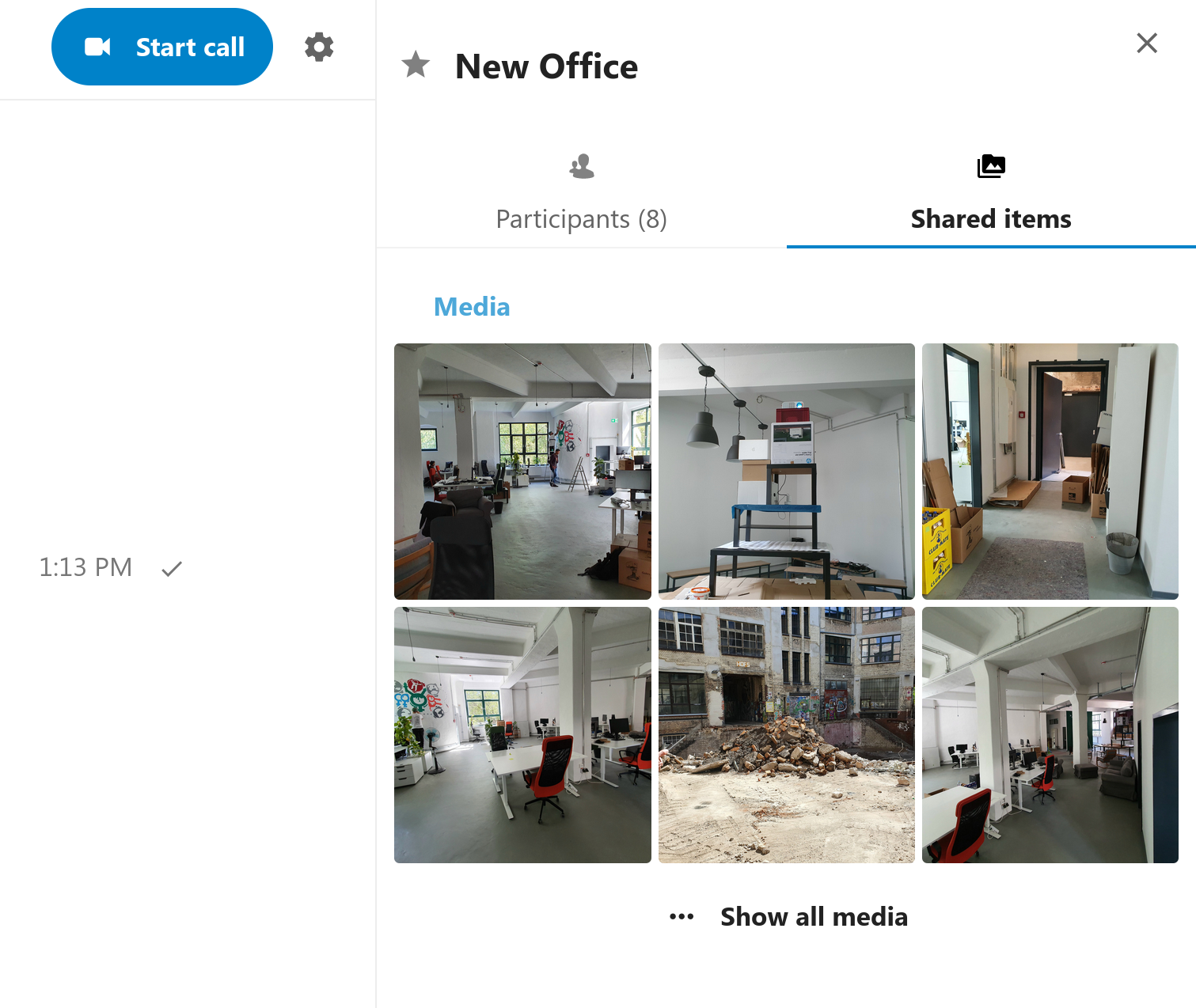 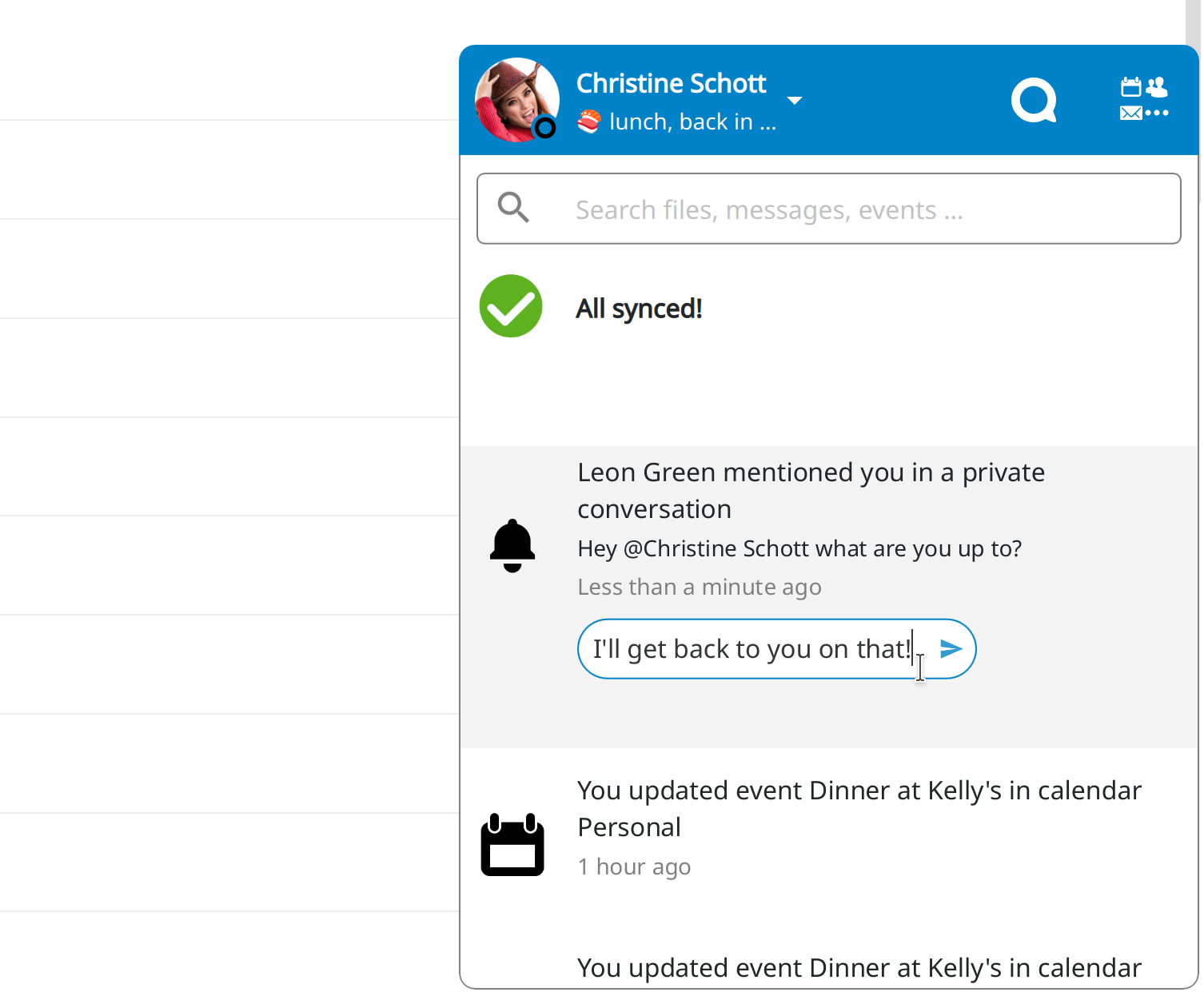 A media tab: this enables you to quickly and easily search for and see all the media shared within your chat, perfect for when you know someone sent you that one image, but you'd have to scroll back ages to find it!

Much improved desktop integration: direct message reply in a notification and a screen to easily pick up a call

Other improvements were made, like lowering the server load generated by calls with many participants, user interface polishing and more.

Nextcloud Office makes a major step forward in this release, introducing a new, efficient, and easy to use tabbed menu interface that will be more familiar to users.

To facilitate collaboration, the existing file locking feature in Nextcloud was enhanced with the introduction of automatic locking by the Office apps (Text, Collabora Online) while editing. The desktop and mobile clients also support the file locking:

These features are also directly benefiting the knowledge management app Collectives, which also introduces share permissions that allow sharing a set of pages through a public link and defining access rights more finely.

The User Migration feature is currently available as an app in the app store, enabling rapid iteration over the coming weeks and months. It is expected to be integrated into the core of Nextcloud in a future release.

Nextcloud Enterprise users can expect enterprise builds after a few months of additional testing, hardening, and improvements being implemented.

This release is available right away, as are many of the most popular apps on our app store which have been updated by their app authors in the past weeks.

Following our incremental release model, over the coming weeks, the Nextcloud developers will enable the updater to offer Nextcloud Hub 24 to a steadily increasing percentage of the installed server base.

Users can upgrade right away by enabling the 'beta' channel in the updater and reloading the page or manually executing the upgrade steps. Nextcloud will tell you if your installed apps have newer versions available, and alternatively, you can also force enable apps that have not yet been tested and released by their author for the latest Nextcloud version. Typically, apps will work with occasionally minor functional limitations.

We're very grateful to all the contributors and private users who have helped make Nextcloud the most popular collaboration platform globally!

Before closing, we'd like to give you an opportunity to get involved and contribute to Nextcloud, too. 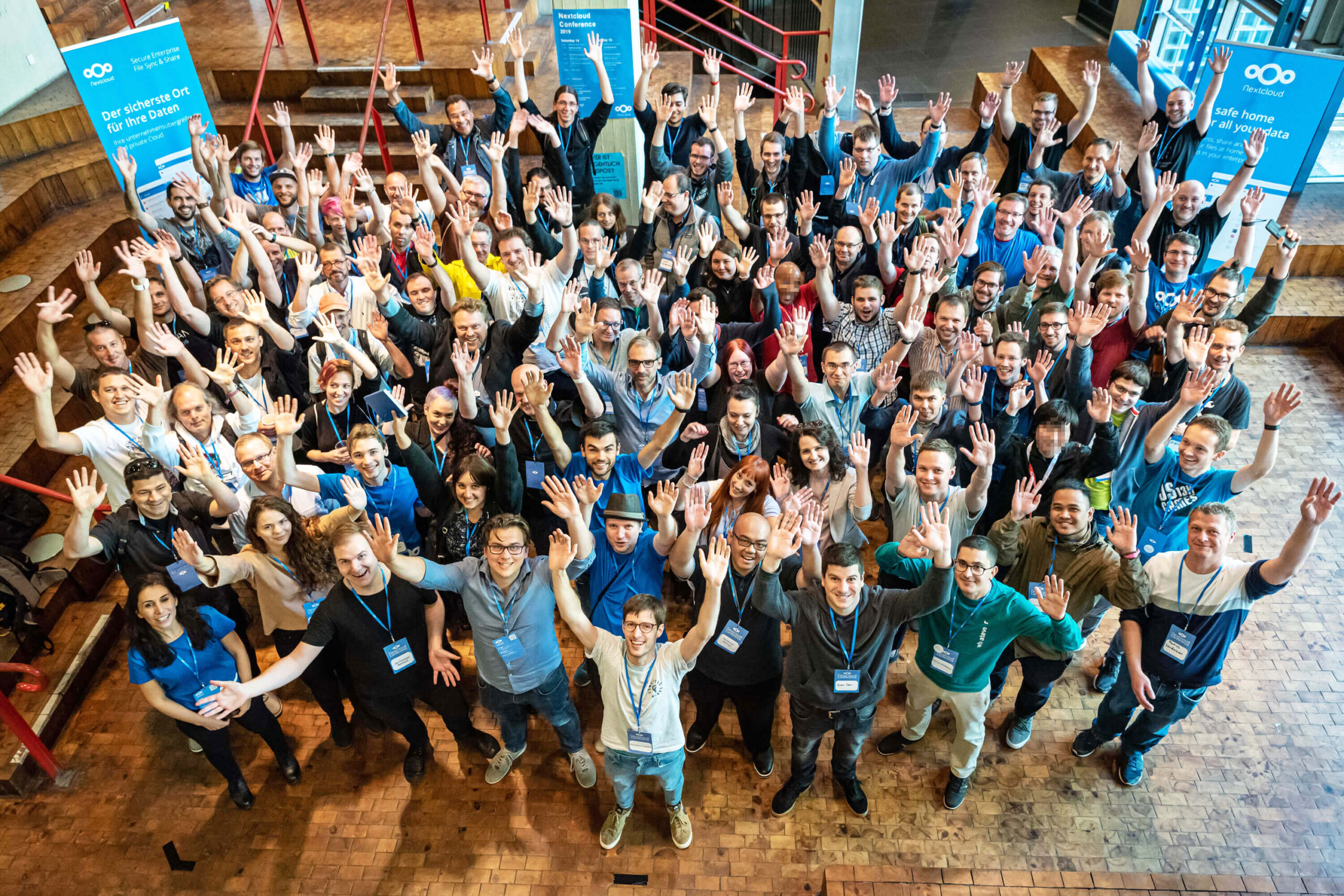 Nextcloud has become a game-changer for the industry, offering a third way between staying away from the cloud or losing control over your data!

We hope you enjoy our latest release.