Nextcloud for Windows Mobile is ready for testing!

Originally published at: Nextcloud for Windows Mobile is ready for testing! - Nextcloud 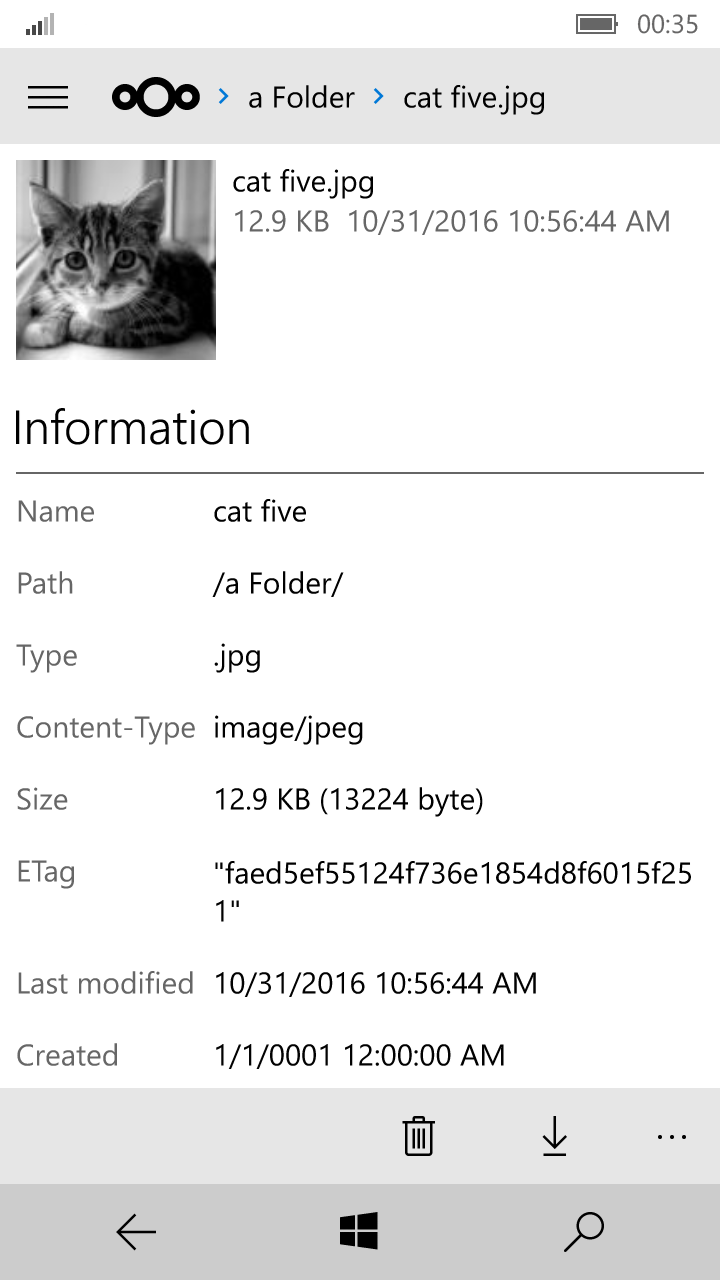 Today we’d like to announce that the Nextcloud community (by way of André “SunboX” Fiedler) makes available a client for Windows Mobile! The application is in alpha testing for now because it still has a limited feature set and would benefit from more input, testing and contributions from users. You can find the app in the Microsoft store.

André has published version 1.0.2 which can up- and download files from Nextcloud, create folders and retrieve information like available storage. The client was build to seamlessly integrate with other Windows Mobile apps. Everything should just look and feel like you are used to. It also uses the colors of the Windows Mobile theme you defined.

The best news: the client is fully Open Source and is available on Github here.

André is already working on the next release – version 1.1.0. It will bring some more features, like renaming and moving of files and folders, you can pin files or folders to the start screen and it will also include some security enhancements. For a detailed list, have a look at the milestones.

There you can also see what’s planned for future releases. Already planned are features like creating and managing of shares, syncing of selected folders automatically in the background and multi account, multi server support. 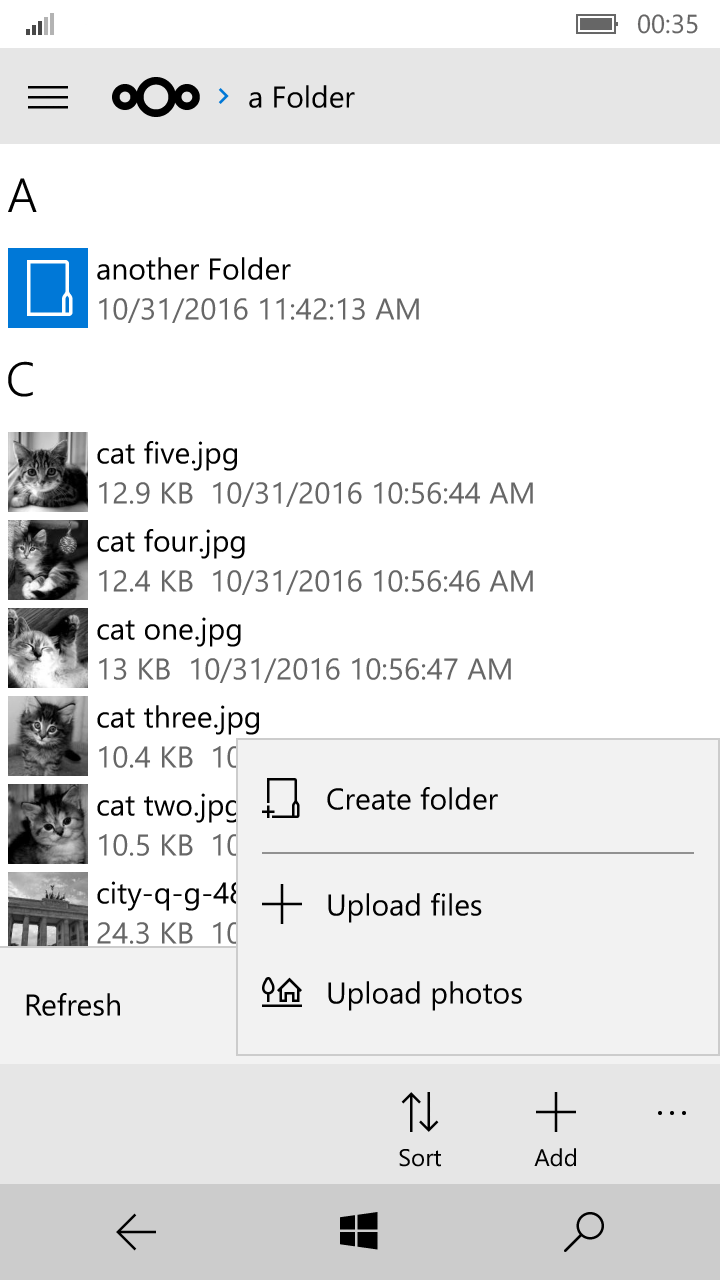 And there’s even more to come! As you can already see in the repository name on Github, we are working on universal windows platform (UWP) support. That means, you can not only run the app on your Windows Mobile device, but also on any other Windows device that supports UWP apps. And additionally, if you connect your Windows Mobile to a bigger screen, the app will make use of the available space by switching into the “desktop” mode.

You are a Windows developer and want to help?

Great! Pick a open issue from the Github project or contact us using Gitter chat. Join the conversation and make a difference!

I’ve been using it all day. Instant upload is sorely missed but it already fills me with glee

I didn’t mind the £1 cost on the Store version either, but only because I knew the client was also on Github and I chose to pay for the convenience

I also created an app for Windows 10 Mobile, which synchronizes the files from my phone via webdav to my nextcloud. It still has some issues but automatic background synchronization is very stable for me (there still might be some issues with renaming/moving stuff).
You can checkout my source code if you are interested or want some ideas for your implementation: https://github.com/pestotoast/OwncloudUniversal

Hi, it is strange I have two nextcloud servers running same OS same version 11.0. With the Windows Mobile client I can reach one and it works fine…when I try to reach my second one it always says not reachable, but I can reach it from anywhere else…any ideas? Is there any issue with self-signed certs? Thanks