In both Owncloud and Dropbox, there is a command line client which allows the user to connect to file shares on a headless server. Dropbox has a tar file which you can extract and run which then offers up a URL allowing you to “link” that computer.

Owncloud has a debian package (owncloud-client-cmd) which offers a single use client which can run and synchronize an entire file share or a subset of those files.

In Nextcloud documentation, I can find nothing of the sort. Was it the choice of the Nextcloud project to omit this feature? Or does the Owncloud client work with Nextcloud? Are there any options available?

The reason I’m asking is that for my particular use-case I’m sharing server management tools and log files across a set of small server instances. Dropbox works pretty good, but they just implemented a limit to the number of clients one can connect in a free account. I don’t mind paying, but if there was a way to make use of Nextcloud in this way, I’d prefer to do that.

The latest discussion post I can find about Nextcloud supporting command line client access is from May, 2018, and it appears that this is a non-priority. However, I thought I would bring up the use case again to see if anything else has been reported which I’m not finding.

Note: trying to install nextcloud-desktop-cmd forces me to install a GUI (x11) which hopefully I can avoid doing.

Thanks in advance for any information I can learn about it.

is rclone.org an option for you?

Thanks for the reply. That looks pretty interesting. Using rsync to get the files. I’ll give it a try.

Both clients were very similar, it’s possible that owncloud fixed the dependencies for the packages and Nextcloud didn’t. You could point that out in this existing bug report: 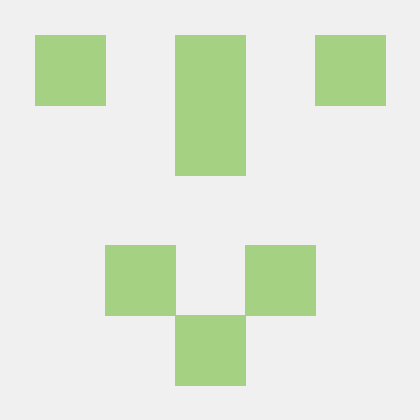 Thanks for the reply. It may be that either the dependencies weren’t fixed, or it needs an entirely new package altogether. The “desktop” in the package name makes me think it might be designed to work with a GUI. Owncloud’s package is “owncloud-client-cmd” which makes no reference to the desktop. Hopefully I’m on to something.

Edit: Actually, I just noticed that installing owncloud-client-cmd also requires X11 – not sure how I missed that before, but it looks pretty much the same.

I tried using this feature and it works very well. The main problem is that permissions for some of the files are modified by the “rclone” program. It is something I could work around in a shell script, but I’ll keep investigating.

btw: what exactly do you try to do?

copying logs from a server to nextcloud?
copying files from nextcloud to a server?

p.s.: for linux desktop on a server - if needed - i use x2go or nomaschine.

Thanks for your reply. Each of the servers that connect to Nextcloud are running some processes (backups, copies, restores) which write to log files. These files are consolidated in a Nextcloud Logs folder. Also, the processes that are running (shell scripts, etc) are passed around to each of the servers in a shared “bin” directory so that if one of the scripts gets edited or modified, all the servers receive the updated copy.

I don’t need to use a desktop, so probably x2go or nomaschine are probably not what I need at this time. I just need an open source solution which is similar to how Dropbox headless client functions. I’ll keep researching ways to make it work.

wouldn’t a simple nfs share do the job? if so and your only need for nextcloud is a “friendly frontend” you could add that folder with the “external storage” app to your nc.

Thanks again for the reply. An NFS share would be OK, but it might be overkill for what I’m trying to do. I’ll look into it, though. Thank you.

Ideally, a headless Nextcloud synchronization client which runs on a server would be the ideal solution with the ability to manage those connections in the web interface. I realize I have no leg to stand on here, but if I never ask no one would know this is something people might be interested in. Happy to defer for now…

Let me wake this thread up; the answer I think you want is right in the Nextcloud docs. We use Nextcloud-desktop-CMD all the time and it has been a rock-solid way to sync our servers to command-and-control in the datacenter. Have a look HERE (https://docs.nextcloud.com/desktop/2.6/advancedusage.html#nextcloud-command-line-client).

Ideally, a headless Nextcloud synchronization client which runs on a server would be the ideal solution with the ability to manage those connections in the web interface. I realize I have no leg to stand on here, but if I never ask no one would know this is something people might be interested in. Happy to defer for now…

Thanks for the reply and the link. I’ll give it a go!