I’ve created a user survey for the Bookmarks app and a survey specifically for floccus to collect some feedback from people who do not necessarily frequent github to give feedback.

I’d appreciate if you could participate if you use the app and perhaps share it with your users or other people that may want to give feedback.

Hi Marcel
I guess this app is for saving web-adresses and adding tags to them. I think it would be useful. I have not used this app previously. I installed it but could not find out what to do with it. The user interface was not intuitive. Is there a manual somewhere?

You can watch this video. 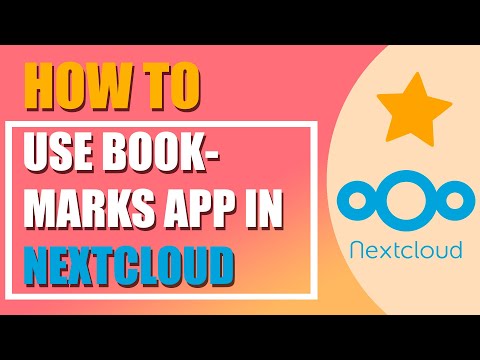 I don’t know if it makes sense for me to fill out the survey, since I have the app installed though but hardly ever use it. The main reason for this is that I can’t sync the tags with Firefox, so I have everything organized in folders anyway. Also, I always found it a bit “clunky” UI wise, but as I said, haven’t really used it for a while, so can’t really say anything well founded about it!

What I do appreciate very much though, is Floccus! I use it on multiple devices with Firefox and the Android app on my mobile phone. Finally an app that is decent to use on a phone! A big Thank You to @marcelklehr for making that possible!

What I do appreciate very much though, is Floccus!

I guess I will create a separate survey for floccus, then

I’m happy you find the App useful even though it’s quite young. Thanks for the feedback!

I guess I will create a separate survey for floccus

I tried to install it on my two servers. (both NC21.0.8 - one is Ubuntu18, php7.3 , the other Ubuntu20 php8.0). On both servers I just get a blank page. At one moment I got some menue-items but missed a button for adding new Bookmarks. Sorry. It does not work for me.

Just guessing, but maybe not all of the reqired PHP modules are installed on your server…?

Maybe. I will check that.

darn I forgot to enter this one here as my wish on the survey:

mh. Care to specify? Sharing bookmarks with other users as well as publicly is already possible.

You can only share folders, though, maybe that’s the problem

So, let me sum up the feedback gathered in these surveys here a bit.

85% would recommend the app to a friend.

I will investigate these reports and try to fix them if I can replicate them.

Feedback that was unintelligable, had unclear wording or out of scope was not considered.

All in all, I’m thankful for everyone’s feedback. The results have been quite illuminating and I hope to improve on the points that were mentioned under criticism.