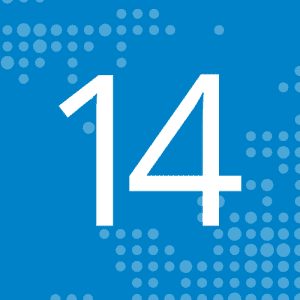 Today, during his opening address at the Nextcloud Conference, Frank Karlitschek announced Nextcloud 14. We have currently our first release candidate available and expect to release the final version in September. Nextcloud 14 comes with many improvements you will feel in your day to day workflow! That includes security improvements as well as collaboration features like adding a note to a share. Of course, we made many improvements in the platform, making Nextcloud ready for a new level of sharing with Federation 2.0! Read on to learn what Nextcloud 14 will do for you.

This is not the only big announcement today! You can watch a live stream and get recordings on our YouTube channel of what is happening at the Nextcloud Conference.

We also announced that thanks to our collaboration with NEC millions of routers in Japan will run Nextcloud and our Simple Signup program.

We know you use a private cloud to keep your data yours! With every release, we bring new technologies, visible and invisible, to secure your files. For Nextcloud 14, two main features are new: [caption id="attachment_4458" align="alignright" width="300"] 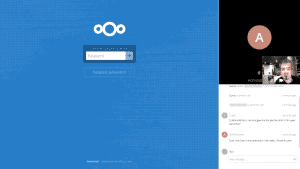 So what is Video Verification? We asked Daniel Calviño Sánchez, one of the developers who works on Nextcloud Talk:

When a share link is created for a document or folder, users can opt to receive a video call on their desktop or phone when the recipient accesses the link, giving them a chance to verify the identity of the recipient before telling them the password.

Let’s make this more concrete. Say, your docter wants to share the results of a test with you. Now sometimes, they only do that when you come in, or over the phone. Sending a public link share, even with password protection, through an email or mobile message, still risks that your spouse or one of your kids opens the link!

You would need a way to make sure only YOU can open it. This is exactly what this does: if you receive a link with Video Verification, you have to make a video call to the person who sent it to you to ask access! They can pick up the call on their browser or the phone (we have mobile apps, after all) and talk to you. Then they give you the password!

A new 2-factor authentication provider named 'gateway' was introduced which allows users to use the secure messaging apps Signal and Telegram as well as various SMS gateways as second factor to secure their authentication.

Note that especially the Signal one relies on a third party docker container, so take some care and perhaps help us to whip this further into shape! Your feedback, testing and code are, of course, extremely welcome. That’s what a community project is all about!
[caption id=“attachment_4453” align=“alignright” width=“300”] 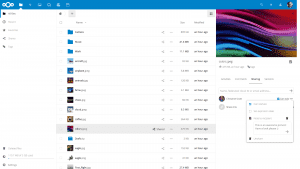 Adding a note to a share[/caption]

File sync and share is evolving - working with others is becoming more and more important. You don't share a document simply for somebody else to download it, you want them to give you feedback on it, or make changes! Nextcloud 14 makes progress in this area. You could already comment on files, but a share can now have a note attached as well. And you can search for files by content of comments, so if you don't remember the name but something you said about it, it will pop up!

If somebody shared a file with you and you accidentally deleted it, you’ll now be able to recover it: there is a new overview of shares in the side bar, also showing those you deleted.

Talk and Groupware Talking of video calls, there have been a lot of improvements in Talk and some big new improvements are still coming. Here's an overview of what is new and better:

The Nextcloud Groupware suite introduces resource booking in the calendar app. A major area of improvement has been the Deck app, a digital Kanban board, which has now officially been added to Nextcloud Groupware. It features integration with Nextcloud Files and offers an easy to use tool for teams to plan their projects.
[caption id=“attachment_4452” align=“alignright” width=“300”] 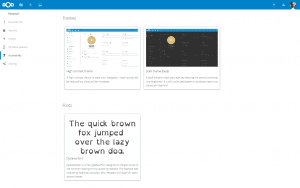 Major user interface and design work was done in this release, introducing accessibility features with a dark theme, a high contrast theme and a dyslectic font set as well as making Nextcloud more accessible to users with vision impairments thanks to keyboard and screen reader navigation improvements. An updated first-run wizard and a variety of small changes to the files app makes Nextcloud even easier and more fun to use. 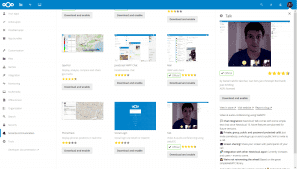 App management sidebar[/caption] The system administrator area has received a restructuring and app management was improved with more detailed information, cross-category search and an easier app update process. The Nextcloud user management interface was optimized for larger installations the upgrade process received many improvements. System administrators are now informed about the changes which will be executed by the updater and if compatible versions of all apps are available before upgrade. Nextcloud now supports logging to the systemd log and users are notified of major changes in a new release with a popup on first login. 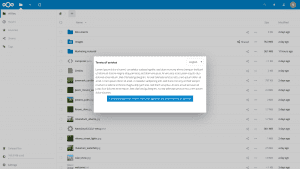 GDPR - terms of service app[/caption] Nextcloud solidifies its position as the easiest file exchange solution to achieve compliance with regulations like the European GDPR and the upcoming California Consumer Privacy Act. This release introduces a Data Protection Confirmation app and separate audit log file, complementing to the existing Impressum/legal notice and data request apps available in the Nextcloud Compliance Kit. Using the applications in the kit as well as extensive documentation, supported by our compliance expertise accessible through their Nextcloud Subscription, Nextcloud customers can ensure full legal compliance with a minimum of effort.

Enterprises will also appreciate improvements to the storage subsystem of Nextcloud, improving compatibility of automatically generated ZIP files on download and adding Swiftv3 compatibility. New is also optional integration of the Nextcloud log in the systemd log.

Thanks to a collaboration with the TU Berlin it is now possible to authenticate to Samba servers while using Kerberos authentication, the Nextcloud SAML app was updated with support for multiple Identity Providers and U2F via NFC is now officially supported for 2-factor authentication.

You can learn more about some of these features in an earlier blog. 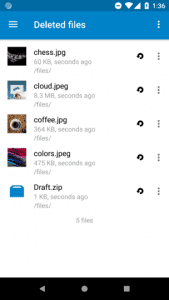 For developers: versioning, federation 2.0 and more

For developers, Nextcloud 14 introduces access to the versioning and trash features through our API, already prompting work for desktop and mobile clients to integrate these functions in upcoming releases. There is now support for PHP 7.0, 7.1 and 7.2 and we're committed to supporting the upcoming 7.3 release as soon as we can. There is now support for the new and improved ARGON2I hashing algorithm and Federation 2.0 enables developers to support exchanging calendars, contacts, Talk calls, chat and other content between Nextcloud servers in app releases over the coming months. This was recently covered in a blog post for developers.

Read our earlier blog about what is new for developers in Nextcloud 14.

You can get the release candidate at nextcloud.com/install

Lots of exciting additions! Great to have comments on shared files + group support for federation sharing! Federation 2.0 will be a big upgrade!

This did not work well. After the web updater finished, there is a never ending sequence of:

). The video verification and Talk improvements are nice as well.

One feature that I would love to see in the future is machine learning/AI for photos like Google Photos and others do it. By leveraging a GPU or TPU in the server (or the newly announced Edge-TPUs by Google) and using Tensorflow this could be a killer feature. By using an opt in to share training data in the Nextcloud network you could leverage a lot of compute power to set up a well performing data model.

But for Nextcloud 15 I hope that you will focus on performance and client reliability. As a hobby photographer I do have thousands of photos and the preview generation and browsing through the images is terribly slow (and the issue is definitely not my hardware). As the client isn’t very reliable I now use an SSHFS mount of my data folder to go through my photos and update my changes via occ file scan.

having problems after updating to nextcloud 14rc1 from 13.05
i receive integrity code error, but i cannot open it
i cant open apps, settings and even i cant see my passman data.
this are the errors which i see in logs on nextcloud app

Upgraded 13.0.5 -> 13.0.6RC1 -> 14.0.0RC1 via the web updater without any issues, nevertheless hope that the update issues mentioend by others here can be ironed out for the stable release

strange, after some hours this problem disappeared. Now the site is upgraded to 14 RC1, the cron job works too.

With Nextcloud 14 what is the status of local files encryption? Server-side encryption is buggy and end-to-end encryption is still beta software and missing features… 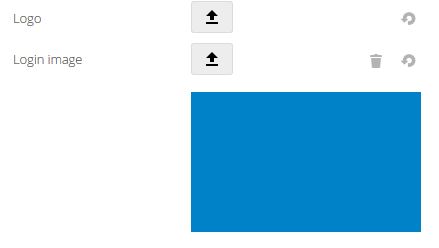 Would be nice to have an answer here to this topic (encryption) and the related issues from someone of the Nextcloud core team… Anyone?