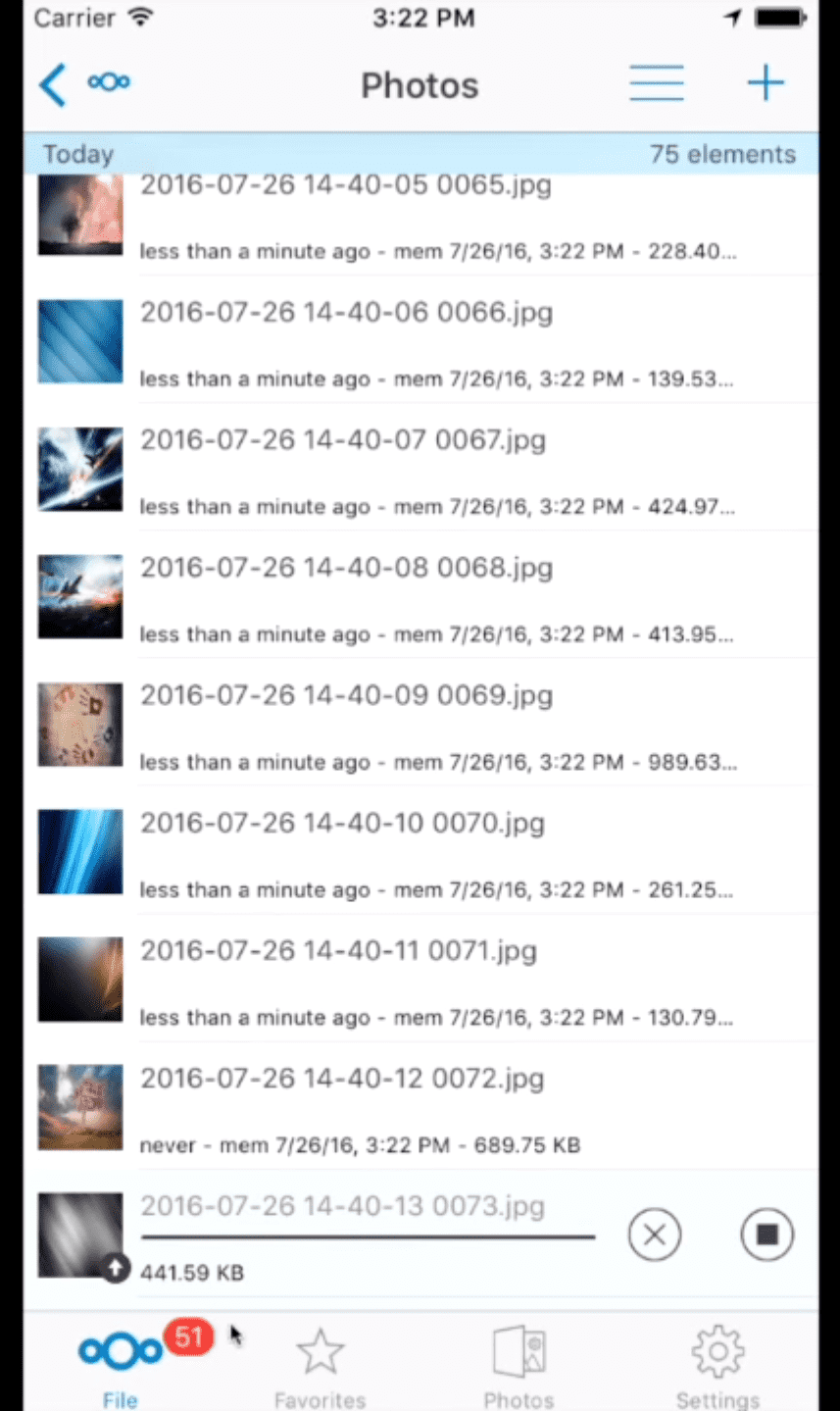 Today, a new version of the Nextcloud iOS app was released with some big improvements! This update adds 3D touch actions and the ability to automatically upload images taken with your camera in the background. It also comes with a number of bugfixes. German translations are removed for now, thanks to a big community effort in that area we’ll have far better translations with an update soon.

Mew is the addition of 3D Touch Quick Actions and the ability to upload images in the background. This option requires the use of GPS to trigger the detection of new photos in the camera roll once the location changes significantly as iOS has no api to get notified of new images taken.

You can also upload all photos and videos on your device to your Nextcloud in one go.

Go get it and enjoy!

Mew is the addition of 3D Touch Quick Actions