The NextCloud iOS app is complaining that my LetsEncrypt certificate is invalid all the time even though no other application is complaining about this (NextCloud Desktop App, Firefox, Chrome, Edge).

I suspect a bug in the iOS app.

Can you check your SSL setup with SSL Server Test (Powered by Qualys SSL Labs), perhaps some intermediate certificates are missing. If you open in your mobile browser, the certificate is accepted?

Yes, the test was successful. All intermediate certificates were included.

The only thing that could cause this issue is that more than one certificate is sent, where one is self-signed. But a properly configured client should be able to pick the valid certificate automatically. 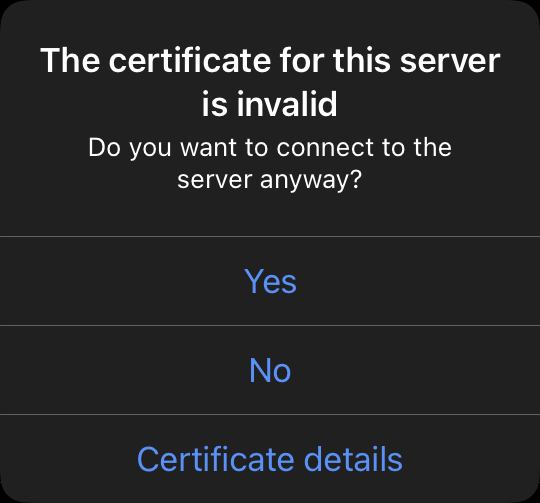 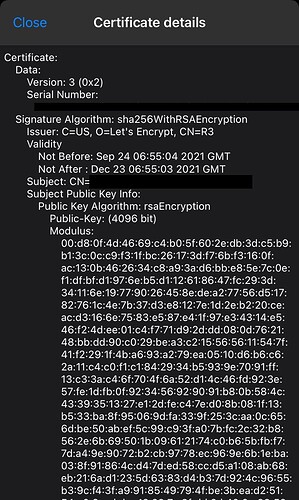 Do you use different subdomains with SSL and they run on different certificates? So perhaps the Nextcloud app doesn’t support SNI?

Exactly, many different subdomains so SNI support is required to connect to my site.

Strange for an application in 2021 to not support SNI.

Not sure if there is something similar on iOS… since there is SNI, perhaps it can be a problem on the main or default certificate as well. I found this issue on the bugtracker:

If you use a reverse proxy, there have been some problems here as well. Check on safari as well if you can open the main page of Nextcloud.