Is the Nextcloud approval app actually being actively developed?

I wanted to ask on the forum if the Nextcloud Approval app is still being actively developed? After a wonderful launch in 2021 and relatively rapid progress, the development of the app seems to have slowed down considerably. Does anyone know? Since the beginning of February, only the nightly version has been available as an upcoming release.

Is there some specific feature you feel needs work?

It is exactly what is looks like. Very little development, but enough maintenance to keep it running. You can look through the open issues and pull requests to learn what is being worked on. 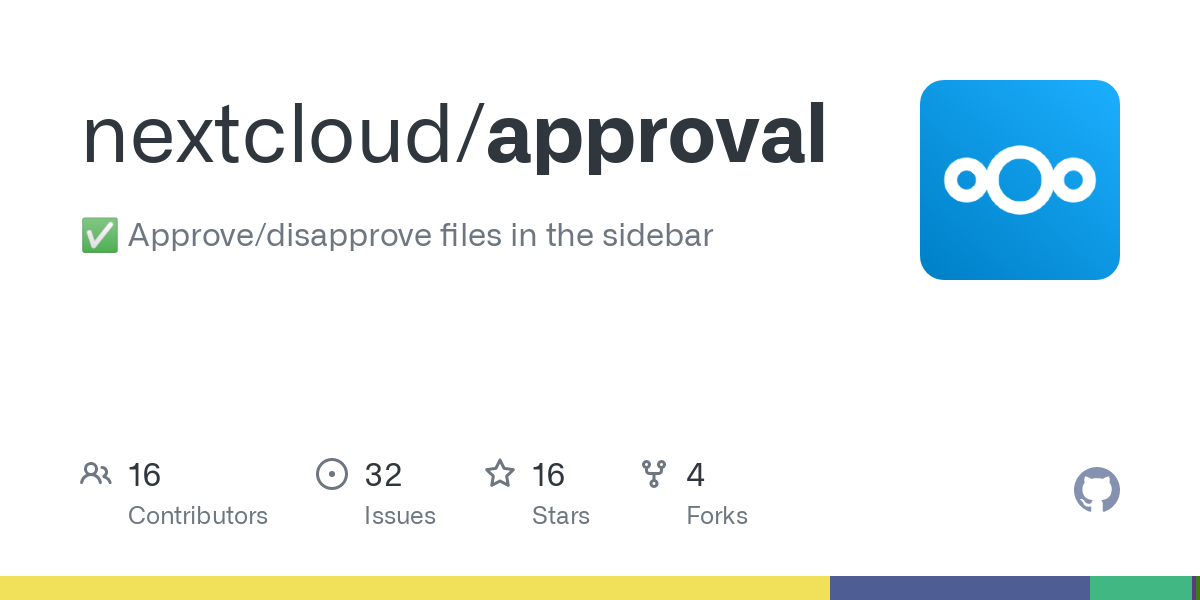 ✅ Approve/disapprove files in the sidebar. Contribute to nextcloud/approval development by creating an account on GitHub.

@just I have already done that.
Since at the launch of NC22 I think it was again one of the apps that was hyped marketing-wise by Nextcloud, I assumed that the Approvals app would experience a semi-constant development…especially because of the official launch at the NC22 realease.

Approvals attracted a lot of interest and makes really sense for corporate use. But e.g. the chained workflows don’t work properly and since the beginning of February there is only the Nightly and no official release. It may well be that the developers no longer have time for many reasons or have generally lost motivation or need support.

This looks more like a frozen state. Perhaps the developers can once again promote the further development of the app within the community or ask what is going on, what the problem is. However, the normal users of the app should also be informed of this, as they have to decide whether something like this should be included in their own NC Instance.

In my opinion, it doesn’t make sense when new apps are officially hyped as great features on a big stage during NC releases and then everything falls asleep. Unfortunately, this happens sometimes and does not reflect well on the overall picture.

In general, i.e. independent of Approvals-App, one should think within NC about how to deal with dormant apps in the future. It makes no sense to officially host such apps in the NC Store and one should also communicate openly, i.e. transparently, when something has failed. Installing “dormant” apps does not lead to satisfied users. As already mentioned above, everything ultimately falls back on NC.