I opened a ticket on github to stop using the IOS NextCloud cache or to redownload the file each time we are using document provider. 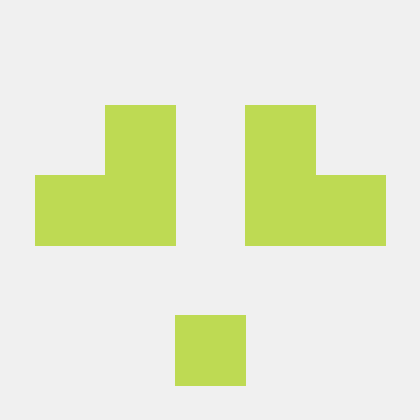 When using O365 to open a document for the first time, NextCloud IOS app download the file from the NextCloud server and the document open in O365. We can see it via a “Blue” Square saying Loading.

The problem, as soon as the file is in the NextCloud IOS cache, the file is never re-download again on the mobile device. If someone else is doing a modification to the same file, when you will open again the document in O365, it will use the file located in the Cache of the NextCloud IOS App instead of downloading it again from the NextCloud server. We can see the difference when it take it from the cache, because you are seeing a “Blank” square, instead of “blue”, saying “Loading”.

We are in a corporate environment where peoples collaborates in multiple file, locally on server and remotely with their mobile device. If someone is changing a file on a smb share, if the mobile device has it in his NextCloud IOS app cache, it will use the one in cache instead of downloading the new version from the Cloud server.

There is a workaround, asking the user to do a refresh of the folder where the file is located in the NextCloud IOS app before using O365, not very interesting for the user.

So what’s needed. An option to stop NextCloud IOS app to use the Cache or to redownload each time the file when using O365 and Document Provider. The file is already download correctly when it’s the first time we are opening it.Why after that, it’s start using the file in cache instead of downloading each time from the server.

In a coorporate environment, we cannot ask our user to go back into the NextCloud IOS app to refresh the content and the cache. This is not productive.

This is a really big blocker for us an maybe other companies. We are really thinking looking for an another solution.

I’m pretty sure that the development team can create a fix quickly without changing too much thing.
Thanks

This is a really big blocker for us an maybe other companies. We are really thinking looking for an another solution.

Note that if you have an issue like this for your company you should contact sales and discuss it with them, if it is a blocker to buying Nextcloud support we have of course an incentive to fix it… And if you have a support contract we will fix this, quickly. Note that we can also help with a internal Proof-of-Concept installation, going through and fixing issues like these.

We are in beta test with NextCloud. The server is amazing, but for a production environment, the mobile Nextcloud app is having that important issue that let us think that the product is not really for corporate working user but for home user or small business.

If we can get a new version of the mobile NextCloud app (I don’t know the app, I think it’s something name Document Provider that do the link between NextCloud mobile app and O365) and that app is downloading the file each time instead of using a cached version, we will be probably be in business, but for the moment, having users working directly on the CIFS file server and mobile users working remotely on the same file, is creating a lot of problem, like I said, if a user is changing a file directly on the CIFS file server, the mobile user is never downloading again the new file if he use O365 and document provideer. O365 and NextCloud Document Provider use the file in cache on the mobile device instead of downloading it again when the file is already in the cache.

I think this is a big issue and blocker for companies when DropBox, OneDrive and Google are already allowing file to be modified by multiple user.

Like I said, the NextCloud server is amazing and answer most of our company needs for the moment for our mobile user, except the issue describe above.

The NextCloud mobile App is already downloading the file the first time if that file is not in the cache. I’m pretty sure this is not a big fix to download it again instead of using the one in cache.

For beta testing/proof of concept we have a special program: we help you with the test for a one-time fee. If the test is successful, you can sign a contract and we discount the fee you paid for the proof of concept

Issues that you bump into we of course try to fix, if it is bigger we can put more effort in (including a consulting project).

I hope the new versions of our client, especially Android 2.0, solve at least part of your problems.

Just tested it and I have more bug than before on IOS version.

My NextCloud server is linked to CIFS server, Windows 2008 file server. File server is properly configured to allow changes and the saving file was working before with 2.18.0 Beta 8.

If an updates breaks something, you can report it directly to https://github.com/nextcloud/ios/issues

Will do it. It’s hard to know something were we need to report.

For that reason, it could be useful to test without SMB/CIFS external share, just to know if it is an issue related to the ios client or to external storage. If you want to test external storage only, then you can also use webdav or the web interface.

But the issue with saving file, it was working before. i understand that it can help do found the issue by the development team.

Will see if I will have time to test this.

But the issue with saving file, it was working before. i understand that it can help do found the issue by the development team.

This is clearly an issue with the client, so you can just report it.

Will see if I will have time to test this.

With the issue on propagating updated files and using cached versions, it’s a bit up to you to do some testing. Good bug reports can push such issues forward; if you can contribute code, this is even better