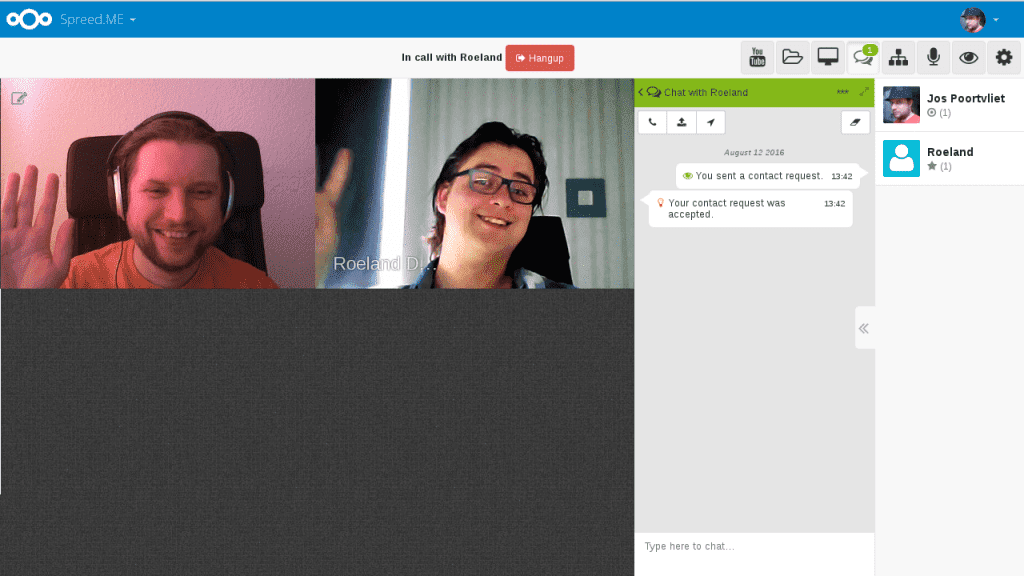 Spreed.ME in action[/caption]
Spreed.ME enables you to meet, collaborate and train over the Internet, in a secure and easy way. It integrates in Nextcloud through the Spreed.ME app and while we’re working on expanding and evolving that app in the future, you can already get started! We’ve published a manual on integrating Spreed.ME as well as a video tutorial and we’re inviting everybody to give it a try and let us know what you think!

Spreed.ME uses a technology called "WebRTC" which allows browsers to make direct, peer to peer connections between each other. These are fully end to end encrypted, both the audio/video and the chat. This means that it is entirely impossible for anyone to eaves-drop on the conversation, including the server administrator!

You can test it out for yourself on the spreed.me website!
[caption id=“attachment_851” align=“alignright” width=“300”] 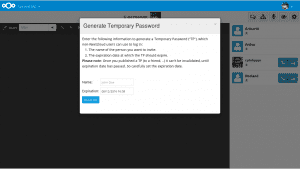 creating a temporary password[/caption]
User handling is integrated in Nextcloud so you will show up with avatar and user names all set up. You can also invite people without a user account to a call by creating a temporary password for a user (with the key icon). You will get a link you can give to them to join you in a call. You don’t have to enbable this ability, though and you can also restrict the usage of Spreed.ME to a specific user group if you like!

You can find a full tutorial on nextcloud.com/webrtc showing how to integrate Spreed.ME in Nextcloud. The video below goes through the tutorial! If you have questions, ask them in the forums.

it is entirely impossible for anyone to eaves-drop on the conversation, including the server administrator!

This is just begging for someone to come along and find/create a vulnerability to generate a bunch of bad press. How about at least changing “entirely” to “almost”?

So, would it be possible to use the central servers of Spreed? Or does this only work if you setup your own spreed.me server?

@dennis-360ict you need to self-host it.

This means that it is entirely impossible for anyone to eaves-drop on the conversation, including the server administrator!

A server administrator can eavesdrop on the conversation…