How to stop an update?

I started an update process with the Nextcloud web instance. But now I want to stop it to do it later because there are important apps for me which will be deactived. I haven’t read this before…
I’ve already done all steps of the web updater, so it’s only the last step which is missing. So my current screen looks like this: 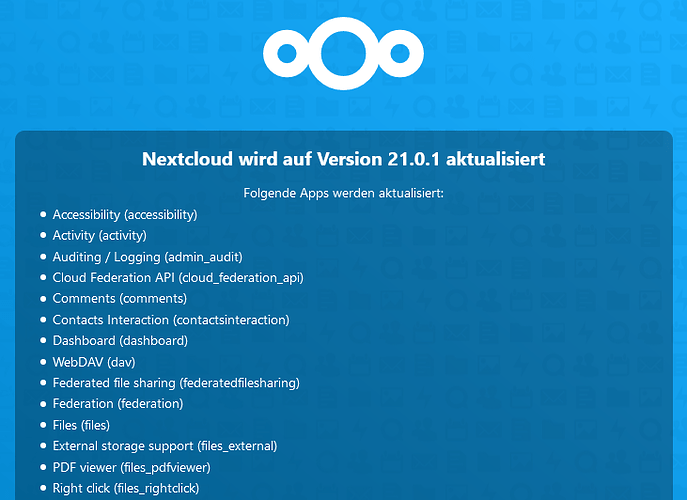 Is there a way to get back?

No, ususally not, except you’re doing regular system and database backups and can revert the change from such a backup.

@lion2087 this is strange some of your apps should not be disabled because they have a version compatible with the nextcloud update. you can make the update and enable the app that have been disabled.

The problem is that I am using Nextcloud on a Raspberry Pi and the update will deactivate the app NextCloudPi. So I think my complete system is going to sleep then. Most likely, the app will be deactivated because my Nextcloud Pi instance is not on the current version because there were problems with the automatic updates.
Looks as if I have a big problem now. Or have you any suggestions?

@lion2087 , i don’t if it broke your installation, maybe recover backups made by nextcloudpi.
you can reactivate the app manually after the upgrade but there is a chance it can cause some bug with the new versions.
Like @j-ed said :

No, ususally not, except you’re doing regular system and database backups and can revert the change from such a backup.

Okay thanks a lot!