How can i sync the calendar with Thunderbird?

Syncing of contacts seems to work, but not the calendar.

I’ve tried to add the calendar to Thunderbird, but the window with the login credentials does not come up.

On the NC user manual is not much to find, this one is not working for me, as well as this one.

Just to clarify…you’re running your email/calendar client on the same system that’s serving Nextcloud, which has Ubuntu 16.04.1 as its OS?

@Jeremiah, no, the client is running on an own system, but it also has ubuntu 16.04 as operating system.

Can you please describe step by step how you try to add the caldav calendar to Thunderbird?
This will help us a lot to help you.

Can you please describe step by step how you try to add the caldav calendar to Thunderbird?This will help us a lot to help you.

Thunderbird is not asking for login credentials, so the calendar is not available of course. 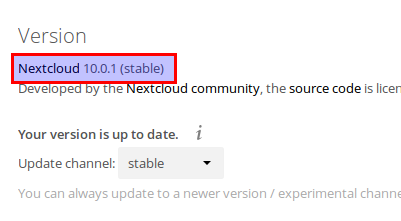 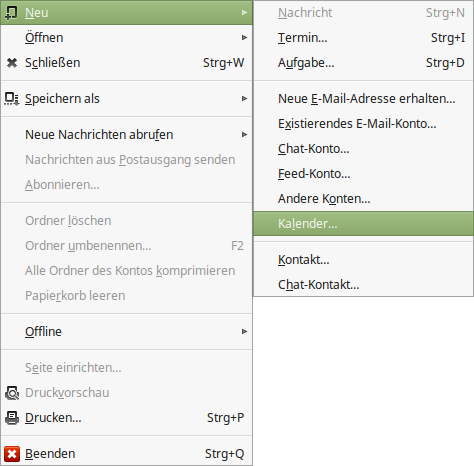 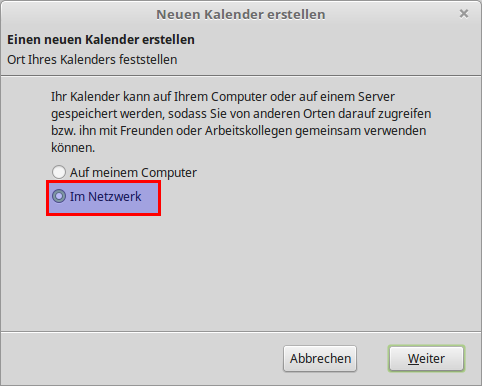 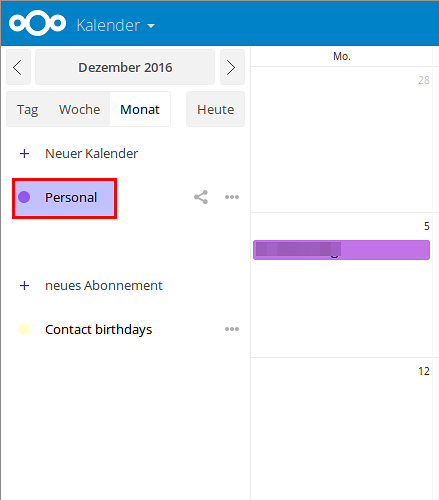 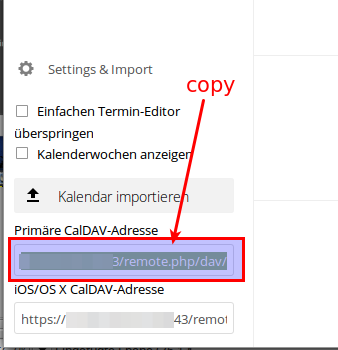 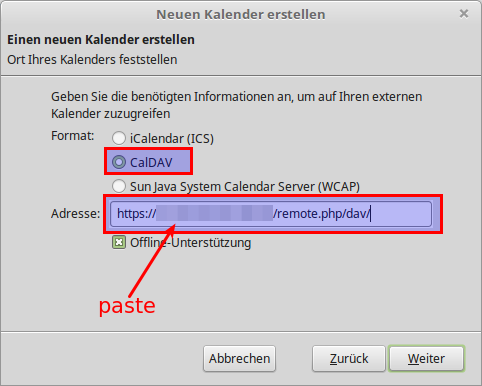 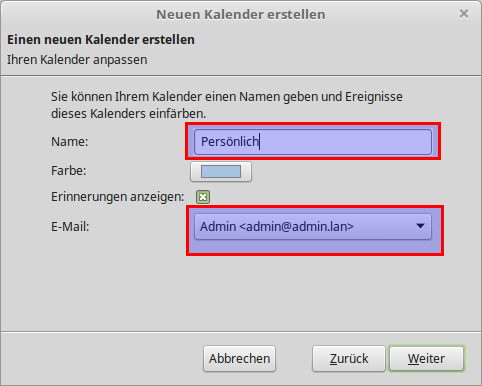 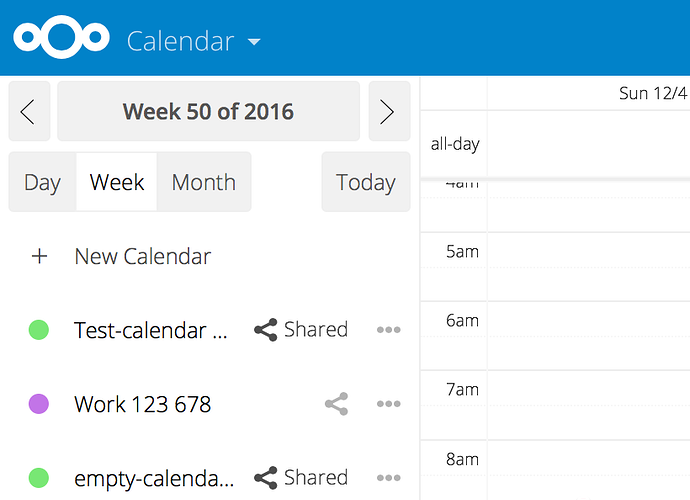 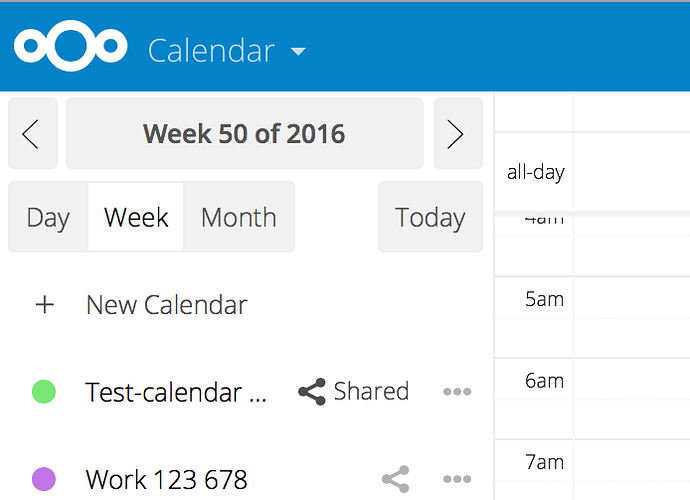 I’ve tried adding each Calendar by itself, but the Problem, that I am not prompted to enter my Login-Credentials, persists.

Is there any possible Solution for this?

The synchronisation perfectly works with Lightning but you have to create a unique password for the app in your NextCloud, security settings.
Also, use the specific link of each calendar you want to synchronize and add them one per one on Lightning.

Edit:
I had to remove the stored password in the Password Manager and reboot Thunderbird to be prompt for the Username and PW