How can I remove the special folder attribute for nexcloud windows client?

It appears that the nextcloud folder is given some special attribute - similar to a library or something, but not a library, which makes the folder appear as ‘Nextcloud’ in Windows explorer regardless of the underlying folder name, and ‘higher up’ in the hierarchy than the drives themselves.
A screenshot might help; 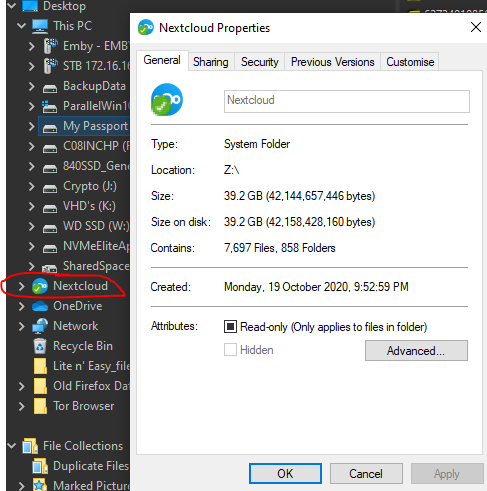 This seems to be causing an issue with Acronis TrueImage, which displays the ‘special’ folder as a selection for backup, but does not display the actual underlying folder (in my case that’s z:\nextlcoud2020. z:\nextcloud2020 is not displayed at all by True Image).

I want to be able to remove this special status. I never use the special folder anyway (nor libraries etc), always preferring to navigate to the actual path because I like to know where things are. I’m thinking if I remove the special status, then maybe true image will be forced to view the actual real path instead and not get confused.

I remember running Nextcloud on the root of the drive is problematic or completely unsupported - maybe this is related to your issue. I don’t remember the reason now - try searching Github for details.

Thanks for the pointer. I’ve done some searching but not finding anything. However, I did some testing with a VM and left everything as default.
Acronis is still unable to ‘see’ the folder properly. But…to your point the properties of the special folder do not show root. Nexctloud is not installed on root for my PC either - as I said it is Z:\Nextcloud2020 - (because last year I had some issues with the server and the client deleted everything - so I ended up reinstalling and moving from Z:\nextlcoud to Z:\nextlcoud2020)
It’s interesting that the special folder shows Z:\ so that might indicate another fault that I need to clean up somewhere - but it isn’t affecting how Nexctloud operates. 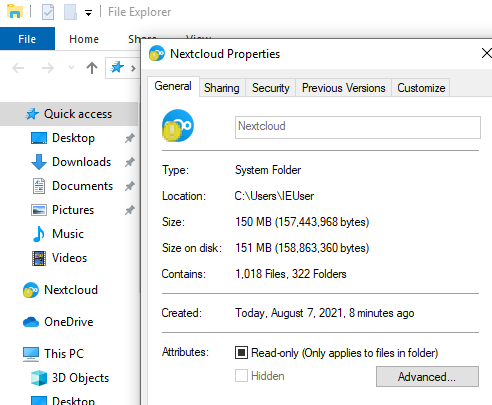 How the selection looks in backup 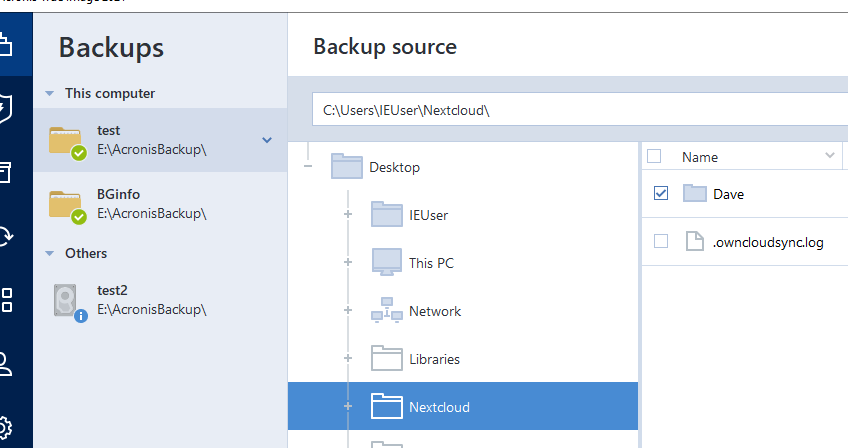 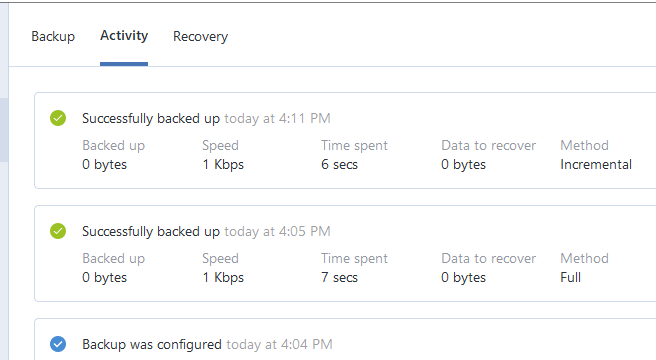 I have an active case with Acronis, but… my feeling is that it’s something to do with this special folder attribute and if I can get rid of it so it is just a regular folder, all will be well.

Well…FWIW. Acronis apparently ignores both hidden and system folders ‘by design’. Since Nextlcoud folder is ‘system’ it is causing the issue in Acronis True Image.

I’ve ditched TrueImage and moved to Macrium which has no such limitation.