Nextcloud used to be called nextcloud and use simple numeric versioning. Then it gained a “hub” moniker for some reason. Now it seems the latest version is “Nextcloud Hub 11 (23)”. Why has it jumped down to 11 again? Why has 23 gone in parenthasis? Or is it Nextcloud Hub II (i.e. 2 in roman numerals) in which case, why’s it jumped down to 2. And why does Hub now need a 2 / II / 11 after it?

These changes have made things a lot more confusing. I’m assuming you’re not pulling numbers and names out of hats? Any help understanding this would be fab.

It’s Nextloud Hub II (2 in roman numerals). But that’s just marketing, because they wanted to emphasize that Nextcloud is more than just file sharing. It’s supposed to be a hub for files, collaboration, communication, etc… And with the “II” they wanted to highlight that they had taken another big step forward.

What is relevant for the admin however is the actual version number, and this can be seen on the download page, in the changelogs, in the product itself under “Overview → Version”, basically everywhere…

Mostly names and versions does not make sense. It is only marketing.
This is one of the reasons why i don’t like suse linux anymore 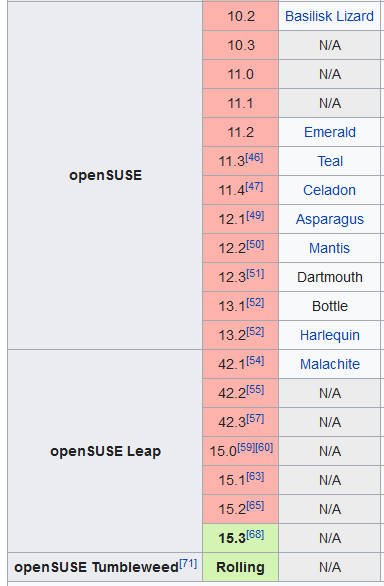 Ubuntu also uses names for releases. Nobody needs them.
But the numbers e.g. 20.04 are great.
Then you can see if software is old or new.

Yes the scheme of Ubuntu is great. But simple ascending numbers with point releases for minor updates as with Debian or Nextcloud are also ok for me. And I also don’t really care what names the “marketing departments” come up with. Alltough, In this case, I think that the additional versioning in the name would have been better left out. This only leads to confusion, as you can see from this thread.

However, I don’t really care enough about such details to be really annoyed by them…

OK, thanks for explaining/reassuring that it’s just someone in marketing - perhaps they’re paid per word

I love the idea that “nextcloud” means “files only” but adding “hub” means something else. When did ‘cloud’ (or ‘next’) mean files? I guess if someone already knew about nextcloud from ages ago when it just did files, then maybe they’re reaching out to those people. But to me “hub” sounds like a central filing space anyway rather than integrated groupware apps.

I look forward to the next release, which will presumably be Nextcloud Hubimus Maximus IV+ extra, community edition, season 2 or some such.

@artfulrobot
Very nice post and you are totally right.

I like the names for Debian releases from Toy Story.

And always Sid who destroys everything

When I first saw the notifications about “NextCloud Hub”, I assumed it was going to be some kind of premium hosted version, leaving we self-hosting users to suffer a slow degradation as new features were only added to the premium version.

I was very happy to find out that wasn’t the case, but I think as a marketing strategy, it was poorly thought out.