Help me test this 3 node cluster

Note that Nextcloud doesn’t support a master-master on database level, this can lead to nasty problems. We’re usually recommending using something like MaxScale to split read/writes to different databases.

The idea was straightforward - if someone uploads a doc in Amsterdam it updates all databases, so someone in UK sees it on their node instantenously. Similarly UK to Amsterdam. This way a master db can sit alongside each node, they all stay in sync whoever does a write from whatever node and winner-winner chicken dinner.

Doing a master-slave setup would be OK in terms of reads (slave with each node), but for writes the latency will grow the further away it is, obviously…

Galera master-master is in place and working fine with 6 web nodes at the moment, each node that does a write is directed via haproxy to any master and the others replicate immediately. It’s beautiful.

Data sync is syncthing, which I’ve now setup to basically replicate the whole nextcloud install folder, not just data. I did this for two reasons:

Good very good. I use also master-master with haproxy in front in another projet and It’s works fine and add a new mariadb master is so simply.

What is “Data sync” ? I try glusterfs, lsyncd, drbd for found a a multidirection data sync. So I want only opensource solutions.
Problem, glusterfs and drbd make storage slower. And lsync is not done to bi-directionnal sync.

Ok I note to try it

Thanks to everyone who’s taken an interest in this, with master-master not supported I don’t see a way of expanding this beyond a local network PoC and so will spin it all down.

In summary, it was a good experiment and I learned a few things. Although I faced no issue with Galera in master-master I understand it could lead to problems down the road and it’s therefore not something I’d invest any more time into. I will however use some of the things I learned here to improve other things I manage and perhaps will be able to revisit this in the future if Global Scale flops (

If anyone does wish to have a poke around, check performance and whathaveyou, by all means feel free to do so for the rest of today, this evening it’s all being destroyed

Thanks particularly to @LukasReschke for your advice!

Edit: All now shut down. 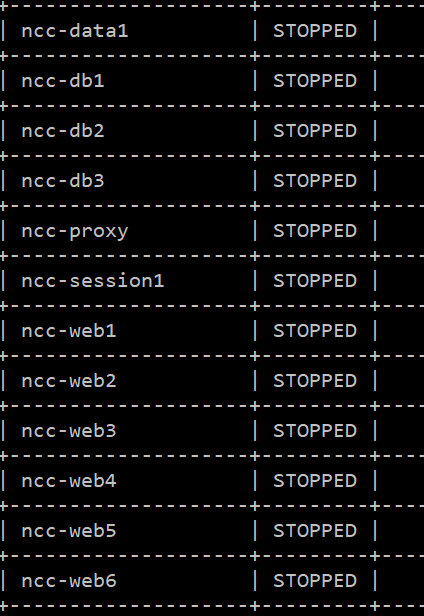 Wrote it up in a bit more detail here: Experimenting with clustering and data replication in Nextcloud with MariaDB...

Update After discussions with the Nextcloud team and guys at TU Berlin, the below could be officially supported with some small changes. See the updates noted against the challenges. A rewrite or a…

I’m working with a NC12 installation with 40 users not very active.
At the moment I have a single instance of NC+DB+Redis but the Virtual Machines involved (3) are already clustered. Indeed I have the following already in-place:

I’m not interested on balancing, but only on the failover features: I need to shutdown a node without users noticing it.

I have a couple of questions:

Yes. You’ll need to migrate away from this ASAP.[quote=“aventrax, post:25, topic:12863”]
2) Having glusterfs in place, adding a second NC instance (application server) with the same gluster volume for the entire nextcloud webroot is feasible?
[/quote]

Worked for me perfectly well over a few-week period. It made the most sense given the nodes share the same database, why shouldn’t they all act like one server? However, longer-term testing (and bullet-proof backups) is absolutely required. What I did was a PoC, not a recommendation.

Nope, in fact that seems to be how it was designed. Optionally make use of the authentication requirement to deter other users on the LAN from snooping, even if it is stored plaintext it can be a deterrent.

Yes. You’ll need to migrate away from this ASAP.

I’m now wondering how to reach my goal: being able to shutting down the master database with nobody noticing it.
I searched and I haven’t found anything like galera master-slave setup, it seems that galera is master-master ONLY, am I right?
Searching another master-slave setup I found a lot of documentation but I’m still asking myself what’s the simplest master-slave setup with an automatic failover.

It seems to me that MariaDB have a tool called “replication manager” that can be installed on a third host and can provide a master switchover or failover. Not bad, but not enought as I understood.
The remaining piece of my puzzle is something that can detect which node has the master role and point all the writes to it, and I thought it can be maxscale with a floating IP running with keepalived.

It seems to me “a bit” complex, I had configured a galera master-master setup in minutes, and for a less “advanced” master-slave setup it seems weird to have all this software required (replication manager, maxscale, keepalived…), isn’t it?

Am I missing something?

being able to shutting down the master database with nobody noticing it.
I searched and I haven’t found anything like galera master-slave setup,

No indeed, the NC docs repeatedly talk about Galera but in a master-slave capacity for which there doesn’t appear to be a valid configuration option.

Master-slave with failover is equally not well documented from what I can see online, though the tools you mention will help.

@LukasReschke @nickvergessen @jospoortvliet can any of you shed light on this? Why is Galera mentioned in the docs if master-master seems to be the only valid config and NC doesn’t support it? Will NC support it in the future? [quote=“aventrax, post:27, topic:12863”]
Am I missing something?
[/quote]

No, Galera is frighteningly simple to set up.

I believe a working setup would require “a SQL-Proxy for read/write splitting” - I know the TU berlin has that as this is their description of their setup:

tubIT employs a setup with F5 Big IP Load Balancers ahead of a number of web application servers. Data is stored on a GPFS storage system. The database is on a Galera MySQL cluster using a SQL-Proxy for read/write splitting, in LXD containers managed with OpenStack. File locking and session management is provided using Redis, also on LXD managed with OpenStack. Authentication is handled through LDAP and Kerberos.

The Galera cluster employs 3 container with 32-core cpus and 128GB ram each. Its performance is very critical to the performance of the overall cloud. To serve more incoming queries the number of instances can be increased, however every new instance increases the resources required to synchronize within the cluster, limiting scalability.

(text from a case study I’m working on, hopefully coming out in a week or two)

The SSL proxy is fine and I understand why you’d use one for a clustered system (the deployment recommendations also suggest using one). However there again Galera is mentioned. The only Galera I’ve seen is master-master which apparently both is and isn’t supported due to:

Database
MySQL, MariaDB or PostgreSQL. We currently recommend MySQL / MariaDB, as our customers have had good experiences when moving to a Galera cluster to scale the DB.

Database
MySQL/MariaDB Galera cluster with master-slave replication. The slave is only used as failover in case the master is down. This could be extended with a load balancer infront to distribute writes to the master and reads to the slave as well. (see “Database load balancer” below)

Master-Slave doesn’t appear to be available for Galera, but then also:

A multi-master setup with Galera cluster is not supported, because we require READ-COMMITTED as transaction isolation level. Galera doesn’t support this with a master-master replication which will lead to deadlocks during uploads of multiple files into one directory for example.

Emphasis mine. If Galera is master-master only, what are the docs referring to?

Honestly, I’m lost, I don’t know the details here. @MorrisJobke I know you’re on holiday but when you’re back perhaps you can enlighten Jason

Note that this whole Galera stuff is of course for larger installations so our docs might not be super up to date - we have some internal docs we share with customers.

we have some internal docs we share with customers.

Can I get those please? I’d love to get a PoC v.2 up and running on solid foundations. I can sign an NDA (on the docs, obviously methods would be revealed on a documented build) if required.

I honestly don’t know exactly where they are or even if it’s mostly in people’s head - I’m entirely not involved in that stuff, I just know we help customers with this and assume it is written down. Really would need Morris or maybe @MariusBluem to chip in

@MorrisJobke and @MariusBluem would you guys like to chip in please?

For the read-write split you need a MaxScale proxy

And the galera cluster needs to be in master-slave mode with the masters receiving the writes and the slave(s) the reads.

Does this help you?

Galera is master-master and explicitly states that in the (MariaDB) Galera docs, so I don’t understand where the master-slave piece comes into it.

Ah right - it is master-master, but we need to make it a somehow master-slave (slave as in “handles only reads”) by the MaxScale proxy.