A group of 23 technology companies operating in Europe from 14 different countries and a business association of more than 45,000 digital SMEs announced today a new coalition to advocate for fair rules in digital markets. The Coalition for Competitive Digital Markets aims to contribute to a more balanced and open digital environment. 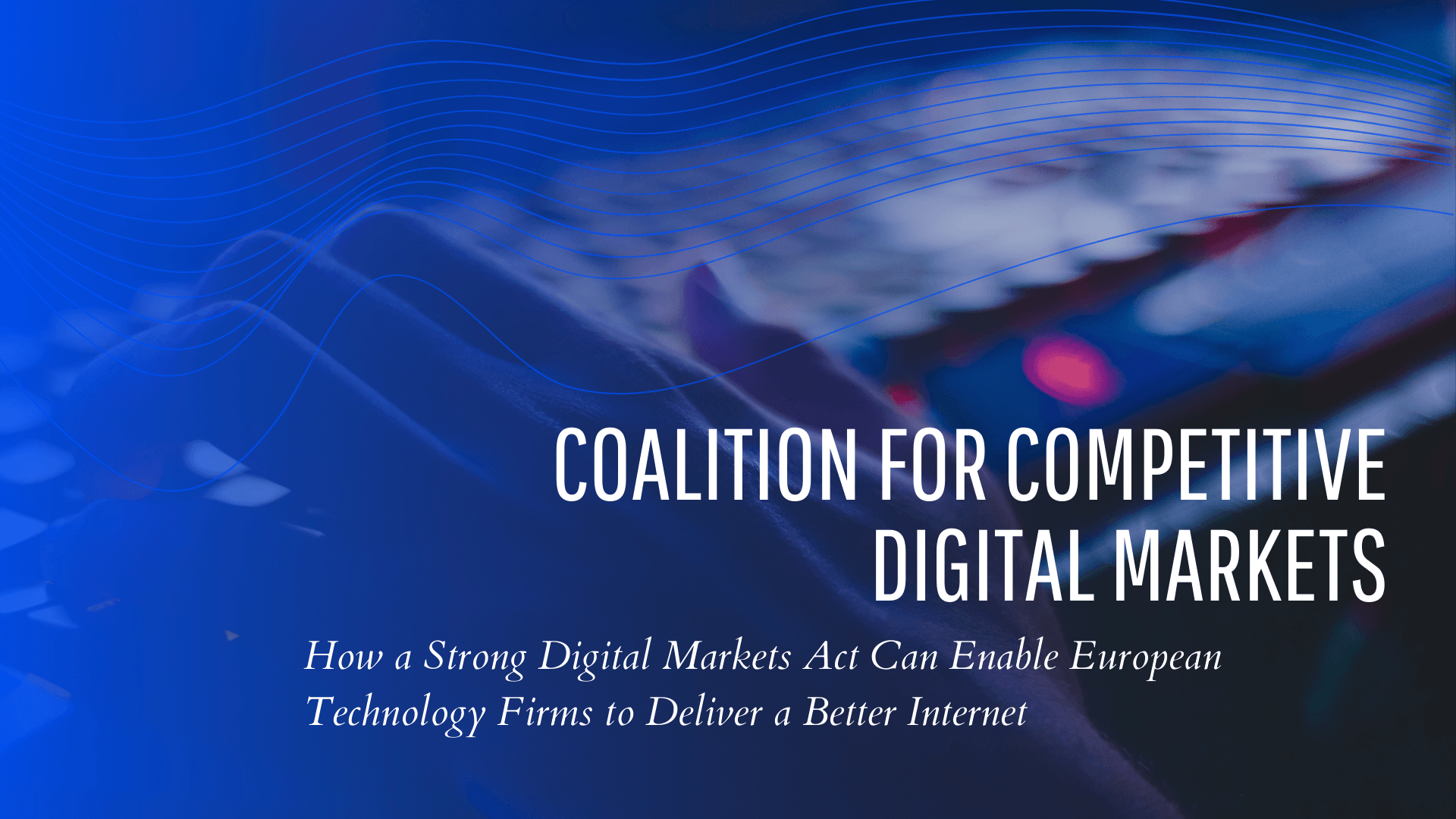 Today’s internet is dominated by services and products offered by a small number of dominant online platforms, such as Apple, Google, Facebook and Amazon. These so-called “gatekeepers” control consumers’ access to information and abuse their position in order to limit market access for European businesses that offer alternative business models and services such as search, email, social media, operating systems and browsers.

While many of the services offered by the gatekeepers have been beneficial to users, there is a growing concern worldwide regarding the detrimental effect stemming from the dominance of those large platforms in terms of both openness and contestability of the digital markets and the internet as a whole.

Even when tech challengers conceive better, more innovative products, they hardly stand a chance to reach customers. Gatekeepers maintain their position through a lack of interoperability, forced bundling and self-preferencing – in effect creating a walled garden of services which locks out competition and innovation.

The Coalition is calling for action on the following points:

C4DM is engaging with hundreds of Member of the European Parliament (MEPs) and Council representatives to raise its concerns and draw attention to the importance of addressing these key points ahead of the final vote in the Committee on the Internal Market and Consumer Protection (IMCO) on 8 November and of the adoption of the General Approach by the Council on 25 November.

This committee is working on legislation around the Digital Services Act and the Digital Markets Acts, new EU proposals to update the competition law for digital markets with upfront rules for ‘gatekeeping’ platforms. C4DM is calling for amendments to the DMA to include the extension of interoperability provisions to all core platform services, the ban of pre-installation and default setting of core platform apps, and the extension of the bundling prohibition to ancillary services.

To learn more about the Coalition’s key demands and to join us as a supporter, please check out the website.

What is Yelp doing in that list of European tech companies? Wikipedia states it is based in San Francisco. Also, Yelp is not really known for their commitment to competition, rather than buying up their competitors, and the controversy and litigation section in the WP article is quite extensive for being part of “the good guys”.