I know this has been brought up in the Owncloud universe, but would really love custom share links. One of the arguments raised is that these kinds of links are generally just copy-pasted or linked on a website or in an email, but I feel that this is a needed feature as it brings about some sort of ‘intentions-based transparency’ - in other words, if I rename a share link to ‘banking-details’, then it is clear enough that a file containing banking details will be loaded up.

Appears it doesn’t work. Can’t download from app store, and a manual upload/enable doesn’t work either (App ‘sharerenamer’ could not be installed!).

Ah, nevermind, it was the underscore in the folder name.
Thanks

This is the app for Nextcloud, btw - sadly not yet uploaded to the app store: 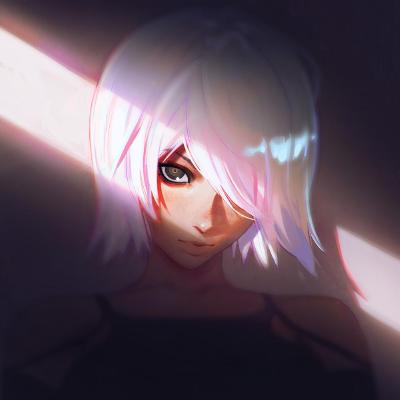 Any chance we can have this function embedded in Nextcloud directly?

That has been discussed but if you have 10K users you’re likely to get many duplicate/easy to guess names and then users can see each others’ data. So this is OK for a small/home user instance, not a big one and thus can’t be a standard function…

Yeah, I can see what you’re thinking of.
But in other similar software (like the one I have to use for work…

) It is a function for this, but when a share is added with the a name already in use, I get a message which tells me that I need to change it to something else.
In my opinion, a function like this gives the extra “professional” feel that when I am sharing something with a customer, I can set the share link to be something like: “https://nextcloud.com/customer-appname”

I get a message which tells me that I need to change it to something else.

… and you just figured out how you could access files from somebody else. That’s the issue with it - so yes, this is possible in Nextcloud, but you have to install an app.

Please keep in mind we develop Nextcloud for everybody - not just for a single company, but also for providers which have millions of users! Those users shouldn’t see each others’ data…

What if the link includes username or userid first which cannot be changed? That way it will always be unique by default. Something like “https://nextcloud.com/user/custom-link/”

It still would make links relatively predictable, which is a security issue… That’s why that functionality is fine for an app but not for default.

Is this still a viable solution? We only have 30 users which are synced from AD, so we don’t have the duplicate names issue, plus this would only be a filedrop link so being able to guess the link isn’t a big issue. Could you please briefly explain how to install an app like this from github?

Download the app with the ‘download’ button as a zip. THen extract it in the apps folder on Nextcloud, making sure the permissions are the same as for other apps and the name doesn’t include -master and stuff like that. Compare the subfolder structure to other apps.

Then you should be able to see and enable the app.

If you don’t, check the info.xml file and other config files in the app folder, it is possible version support is limited to 12. Good luck

That’s a shame, I’d really like this built into Nextcloud.

Oh looks like it DOES work but that the branch that is actually maintained is this one: https://github.com/DecaTec/sharerenamer

It also appears that there is a version of this in the app store but I can’t find it by actually browsing the app store. I was only able to find it by finding a link to the app store page on github. https://apps.nextcloud.com/apps/sharerenamer

Which version of NC are you using?
The app is published in the store for every NC version (up to NC 14). It pops up in the app store (tools category) on every NC instance I’m running.
I have no clue why it doesn’t show up on you NC. Maybe @MorrisJobke can help here?

I ended up finding it. It was just a matter of me not looking hard enough I think or something. Pandora's Box: Another New Way to Leak All Your Sensitive Data

Large amounts of data were leaked of of Box due to a very similar feature. Please, don’t enable this on large instances or use it for any sensitive data!

I’ve just released an update of the app including information about these issues and some hints: