I think it is a good idea to integrate support for the Calendar and Contacts apps. However, at one point one of the most popular ownCloud apps was Firefox Sync, which recently became obsolete after Mozilla cut support for the legacy version of the protocol. When it was still functional, Firefox Sync was actually one of the unique selling points of ownCloud, and at one point it was even recognised by Mozilla as a reference implementation (https://blog.mozilla.org/services/2014/05/08/firefox-accounts-sync-1-5-and-self-hosting/). I think the functionality fits well with the aim of Nextcloud to host your own data, and deserves consideration to be included in Nextcloud.

But as I know you can not connect your firefox to your own server anymore. You can only choose the firefox server to connect with.

As far as I am aware you can connect firefox sync to your own server by setting the appropriate preference in about:config (search for fxaccounts).
The current Firefox Sync implementation is dual stack, with one stack doing the authentication and the other stack doing the sync. Ideally both functionalities should be covered by Nextcloud. The sync stack should probably be fairly generic, but the auth stack may require customisation in order to link properly with the Nextcloud authentication mechanism (and with the authentication changes coming to ownCloud 9.1 I am not sure what Nextcloud is planning to do in this area).

I think it is possible.

And i would love to have this feature.

Mozilla allows you to host your own server. It’s not for the faint of heart though.

I would prefer to see the features of Sync (passwords, bookmarks, history etc.) copied into NextCloud as native features rather than plugin based due to the increased mantainance of multiple systems. I have always wanted the benifiets of FireFox Sync but the initial setup has been a hindrance.

This would be awesome, no doubt about that. But…

…if you look at the past, you see how it might end up. Mozilla left all the old sync users behind. Even the protokoll was still secure, they simply dropped its support in client. We are completely at the mercy of Mozilla. Plus, there are other browsers and applications having passwords that want to be stored and managed.

The real great challenge is to balance between a complete sync solution (bookmarks, history, passwords, addons, settings) and supporting as many as possible clients (FF, Chrome, Internet Explorer, Safari).

Perhaps the answer is to have a Nextcloud server plugin to perform the
authentication and synchronization, and a browser sync plugin which
communicates with the Nextcloud plugin. Now any browser can
synchronize independently of support from Mozilla or Google or Safari
or…

And perhaps this can be extended to a Thunderbird sync plugin so all
my add-ons there are synced too.

Here is another plugin trying to sync all browser stuff, as Mozilla removed the ability to run a 3rd party sync server: 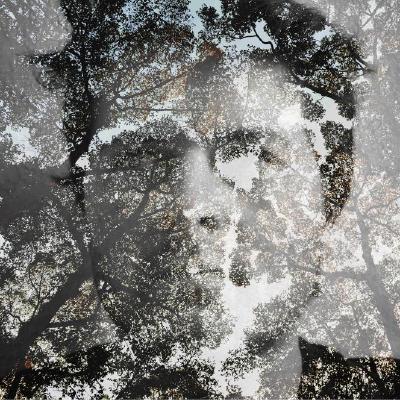 @alfred Support for the old sync protocol is removed from Firefox. However, it is still possible to run a 3rd party sync server with the new version of the protocol.

@jknockaert Well, a plugin like the one I mentioned above has the advantage that it can be used in Firefox (post 47) and Chromium-based browsers, as it uses the new webextensions api. Cross-browser support would be really advantageous, I think.

@alfred As far as I can see that plugin only syncs bookmarks. Firefox Sync does much more than that.

I really would like that feature back again! I don’t like how Mozilla dropped the support for OwnCloud, just to force users to use Mozilla’s own synch service. I want my data to stay at my place, and that includes my bookmarks as well. Why should I tell any one else what pages I like to read?

Of course one could set up their own synching server just for Firefox, but why should you need to do this, when you are already running another synching server like OwnCloud/NextCloud? Why use 2 different servers, if both tasks could be done by one server?

If it is not possible to include the necessary code into NextCloud, because Mozilla don’t corporate, I would suggest to try to build a kind of synching service that works independently from any browser and thus can be used with any browsers. I am thinking of a file synchronizing feature, that simply synchronizes the bookmark file. Each browser has to use a file to store its bookmarks in. Unfortunately, each browser uses its own kind of syntax when saving bookmarks, but that problem could be solved by appropriate filters and bookmarks can be converted into a common syntax, that can be read be every browser. If you could synchronize these bookmark files between different clients, I think the problem could be solved.

In the end it is a question of design, for sure. But…the big problem is the feature set and sync interacting in a way that feature still feel native. For example Firefox supports key words to be set on a single bookmark, but (lets imagine) Google Chrome does not. How to combine these two worlds? Drop support of key words in firefox?

Other aspects…extend the number of browser applications and the number of objects to be synced. The complexity is pretty fast on very high level. This requires smart decisions to be taken, to make such a “sync server” interoperable and functional sattisfying. As for now, my impression is that there is no one gathering these requirements and specify a plan for it.

A plan could look like this: Nextcloud decides to be interoperable with Firefox and Chrome. Booksmarks, history and passwords should be synced. Instead to implement native sync services of Chrome and Firefox, Nextcloud decides to create own API (apps) to handle the required sync objects. Sync clients have to be developed as addons in both browsers.

@godfuture The legacy sync app was firefox-only and it was one of the most popular apps in the ownCloud app store. So while a browser-agnostic sync implementation may be wonderful, an app tailored to support Firefox Sync (without the need for a custom client) would definitely serve a proven (and significant) demand.

I won’t add to the discussion. However, I would like to note that a native firefox sync would definitely be the one feature that could singlehandedly make me switch from ownCloud to nextCloud.

As I have said, a plan COULD look like this. Another plan could be that Nextcloud decides to support only Firefox sync. This is fine. But then someone has to go on and develop the Nextcloud app supporting FF Sync 1.5. And then it is clearly decided that this has priority over other solutions like my previously mentioned plan.

But even such a decision is not taken…the community is stuck in between.

Because i never trust american companies or organisations due to some “security letter” issues, I will never use native firefox sync. It is also some hard work to disable all (known) spyworks in firefox So NextCloud could be a solution. (I would pay for a spyfree and adfree browser, if it exists.)
Most important (for me) is an easy, secure bookmark synchronisation.
If you use firefox android you have an extra problem with bookmarks synchronisation.
Firefox changes its policy to prevent users from using their own clouds like NextCloud.
So a solution could be a plugin in firefox and an app in owncloud. This should be an architecture for more than one browser.

Please bring back this amazing feature!
Currently I still run an old version of owncloud on my home server to keep this feature.
However currently it’s a hack job to run it.

I would love to have my data at home on my own server.

Please bring it back to Nextcloud.

The real great challenge is to balance between a complete sync solution (bookmarks, history, passwords, addons, settings) and supporting as many as possible clients (FF, Chrome, Internet Explorer, Safari).

Agree on that. So it’s more a own plugin rather than FF sync (or can this be used in other browsers as well)?

Anybody with the knowledge and time to realize that? There are probably enough folks there who are willing to test and who like this feature