Android App Will Not Automatically Upload Pics or Vids

I’ll give it a shot and see anything changes.

Edit: After uninstalling the PlayStore version, the beta and the debug version you gave me both auto-uploaded my files. It looks as though my pictures where being uploaded in the background as well in one of the apps as some of my photos from yesterday are now showing up on my server.

On the other side though when I tell Nextcloud to delete the file after it’s uploaded…it never does. It hasn’t done this in all the time i’ve used it.

The “delete after upload” is a whole other issue. If you install the new APK (from the same link) it should be fixed.

With the new apk, it still stays in the phone. Delete after upload isn’t as big of a concern as long as it auto uploads. What causes the issue with the delete function after it’s supposed to upload?

concern as long as it auto uploads. What causes the issue with the delete function after it’s supposed to upload?

I don’t know - investigating. Will have a new APK for you in a few minutes

Same as before, no delete function.

Thanks. Will keep this in mind.

Don’t know if it is excactly the same issue but result is the same:

Activate AutoUpload with default folder set, that is not yet existing in the cloud
Take photo
Folder gets created and upload works
Take a second photo-> no upload anymore

No beta option on playstore

Version 20170301 fixed it for me [As I’m not allowed to post more than one image, I removed the one showing the version] not only the first, but all pictures and screenshots were uploaded (like these two in my comment) [image] but older pictures or screenshots in the same directory on my phone didn’t upload… Nextcloud Server 11.0.2 (stable) on Arch ARM running on Raspberry Pi 2 Nextcloud Android-App from your latest beta link at github Moto Z Play Android 7.0

On of the February Betas fixed that also for me, except that it now tries to upload very very old fotos from time to time. But no only ones rather everytime the same photos and just adding a “(1)” at the end of the file name

The latests beta should not do that and also we did the release of 1.4.2 RC2 on the tester channel on Google Play yesterday.

1.4.2 RC2 uploaded multiple screenshots, but blocks screenshoting the app itself 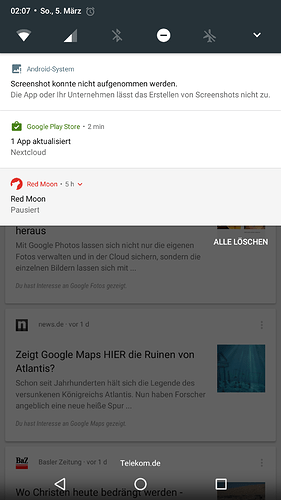 Is there a setting option for that?

No there’s no setting for that. NC does nothing but monitor folders for files.

Is your device managed MDM or personal?

Can you provide device details?

As Jason said must be something else since I just checked and can take screenshots. Also like he mentioned we don’t have any blocking mechanism implemented. 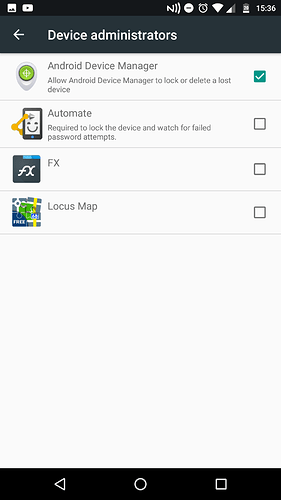 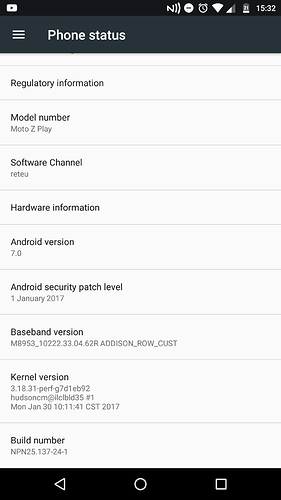 [EDIT]
as I figured out right now, its triggered by activating pin

using nightly build, my app shows waiting for upload, but I found out, that it’s crawling through the whole folder structure on background:

Why is this necessary??

I cannot get the automatic upload to work either. I am running the latest stable nextcloud server 11.0.2. My phone is a Galaxy A3, Android version 6.0.1.