Have you seen the great animation done by flasheasy (or at least sold by them/him/her). 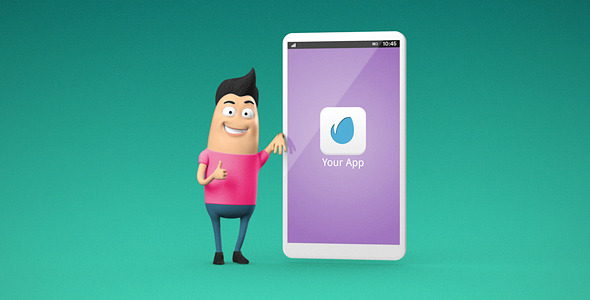 Create your catchy, custom App Promo with the help of this friendly 3D character and the included scenes, hand gestures, phone animations and more. For After Effects CS4 and above. Full ...

It was done about owncloud (before nextcloud) but could easily be adopted to nextcloud. Would be nice to licence it (33$) make the background the nextcloud blue and change the logo from owncloud to nextcloud.

Hahaha, it feels so out of place, when they reveal owncloud. From an identity perspective it would take a little more than colors to make it fit. It is the dramaturgy, the whole funny, cartoonish style that contradicts the nextcloud brand. Am i wrong @jan ?

It is the dramaturgy, the whole funny, cartoonish style that contradicts the nextcloud brand.

Fully agree with this. Funny 3D characters are just neither timeless nor serious.

Also with 1:50 it just drags on for a very long time. Half would be maximum for stuff like that.

Just FYI @jospoortvliet (also does Paulo have an account here?)

About timing it is a set of scene/motions etc. that can be used for App-Promotion. My main reason for posting it here was to point it out to the forum. I found this the other day and had to smile that somebody actually used the project to make his explainer template.

@jan About branding, I get that the world is moving to flat world and 3D isn’t serious. Was just saying this is ready to be rearranged/retimed/rebranded and was made for the product (in a sense). My suggestion wasn’t to make it the new brand design but it could be used as a hoax, in a conference or some other setting/situation.

@jan, @jospoortvliet at least it doesn’t look like a Pen*s with balls [Stichwort: nextcloud conference Plakat

It has nothing to do with flat design vs 3D.

It’s that the character design of that figure itself is just not really aligned with our identity.

Just out of curiosity: Is that a virtual machine with Windows 10 on an iMac running a fusion window with Firefox Chrome on Ubuntu? Or someone just photoshopped a stock photo?

The images are quite convincing, but are those actually real users?

Not sure what happened there

cc @jospoortvliet do you know?

Not sure what happened there

cc @jospoortvliet do you know?

Glad that we could clear that @jospoortvliet

Couldn’t it be nice to shoot some real (non-stock, but professional) photos during the next conference and use them for the website

Glad that we could clear that @jospoortvliet

Couldn’t it be nice to shoot some real (non-stock, but professional) photos during the next conference and use them for the website

Yes, I thought about this as well… We have to start this up! If we want to have quality photos (maybe even some videos), there should be some planning beforehand.

Further I think it would be super cool to do some user research with nextcloud users/contractors and then make some photos there as well! @jan