In case you’ve never heard of it, Tiddlywiki is a brilliant wiki-in-a-file solution.
You can manage your wikis from your desktop or your mobile and synchronise the file using Nextcloud.

What would be even better is to be able to store revisions directly in Nextcloud.

Tiddlywiki has a Saving tab in its Control Panel which allows it to save updates to a remote folder.
There is a PHP script which can retrieve the information and save it locally, but we wouldn’t need most of the logic contained in that file as we have our own APIs to store the information.
Here is the script: 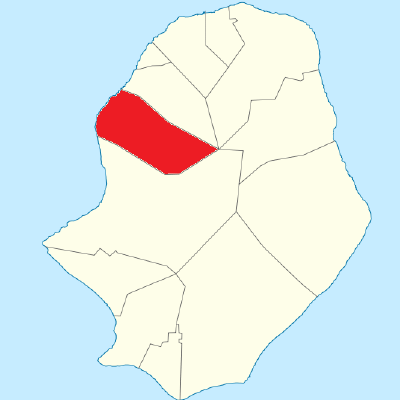 I would suggest to store all Wikis in a predefined folder, maybe this can be defined later in an admin GUI

I’d much rather see the existing wiki properly updated tbh. Never had an issue using that with OC but it’s still seemingly mostly OC duplicated content for NC at the moment.

I’d like to see core-supported custom share URLs (no plugin) supported to make this a viable publicly shared wiki offering.

Yeah, I’m just talking about creating an app which could store Tiddlywikis, which would store you own, private content.

What do you consider the perceived benefits of Tiddlywiki over other file-based wiki offerings?

The main advantage is that one HTML file holds the whole wiki. You can share it and someone has access to all the articles using the integrated search engine, using tags, etc.

Actually I am working on an app which should include many features of Tiddlywiki. It’s called “Next Notes”:
I rethought the “Ownnotes” app and wanted to create a “notes” app, which gives you much of what a Tiddlywiki gives you: Sharing, Tagging, Search, WYSIWYG editor in well-known Markdown style (and maybe more). Everything should integrate in nextcloud as good as possible. But personally I am not a fan of storing notes in files, like it is handled in Tiddlywiki. Because I think the files in my nextcloud should be separated from the notes or (wiki) articles I write, the app stores them in the DB at the moment.

I would suggest to work together, if you are interested in this. (Actually I would appreciate contributions and help with the sharing backend).

Looking forward to testing Next Notes :), but I think both apps have different goals.

And btw, I won’t be working on this any time soon. Gallery needs some love first. This post is more of a suggestion for someone to pick up if interested.

If You are storing it (only) in the database, using it offline or in other environments needs to write a extra programm, witch reads or synchs the data from/with the databes.

Yes you’re absolutely right, I just weighed the possibilities and came to the conclusion, that the file based solution wouldn’t fit my needs. I aim for sharing the notes/articles external and internal (read-only AND read/write), in order to give users much more possibilities. You could for example use it as a little blog or just give your colleague the opportunity to edit or fill-out something you prepared before. There are many different use cases.

A file based solution would make it complicated, because the user would be able to share it within the next notes app AND within the files app, this might become confusing. Or: As far as I know a approach like the files_texteditor does not give the possibility to create something like a blog or similar things.

I think the main difference between the next notes and the app proposal of oparoz is the fact, that currently there is no offline usage possible. (maybe I will create an app and get this workin in the future by using the apps api)

But I think the tiddlywiki is more and more used with nodejs as a server, because many users say that it otherwise lacks the online thing.

Maybe you got an idea to get all this working together?

@janis91 There are many different use cases.

sounds good again, and so I tried to have a look an your app…

…but unfortunatly, I can’t activate it because I run my nextcloud on odroid XU and Ubuntu 16.04
Thats only 32 bit and your app requires 64bit or higher PHP.

I don’t know how many people run their Nextclouds or Ownclouds on such small devices. But if you could write your app also for 32bit systems, it would be great…

Thanks! That is a little mistake… Actually I am not sure if the PHP Version is really required, because I didn’t test it on lower versions. that’s the main reason for this. But the 64bit requirement is a simple mistake… I will fix it in a few minutes.

Because we’re getting offtopic in this thread:

You can use the WebDAV links to save to Nextcloud from almost any platform, although it can be more complex on Android/iOS

Yeah, I’m curious about this app again now that is supports saving to Webdav.

Been looking into this and seems Tiddlyserver should work. See this thread:

Found Tiddlyserver, which is already coded in npm and allows you to add Tiddlers as folders. Looks like the best candidate for converting to a Nextcloud app.

My current solution is to host the tiddlywiki file on nextcloud and have nginx serve it from that directory then use the tw-receiver-server.php plugin for tiddlywiki to save it. Then use the external sites app to link to it if you want to show it internally.