TL;DR Does an client integration with sharing functionality exist for Dolphin in KDE on top of Debian?

I find the client integration of the nautilus file manager in Ubuntu very handy. To share a file, I just need to right on the file in the file manager, click “share”, and the file is uploaded to your Nextcloud and the download link is put in your clipboard – ready to send the link it to your friends.

I found client integrations for the file managers nemo and nautilus, but no DEB packages for Dolphin (standard file manager in KDE). I found RPM packages here: http://rpmfind.net/linux/rpm2html/search.php?query=nextcloud-client-dolphin(x86-64)

And there seem to be support for Gentoo, too: [SOLVED]Problems with dolphin plugin

And the Owncloud guys seem to have some source code here: 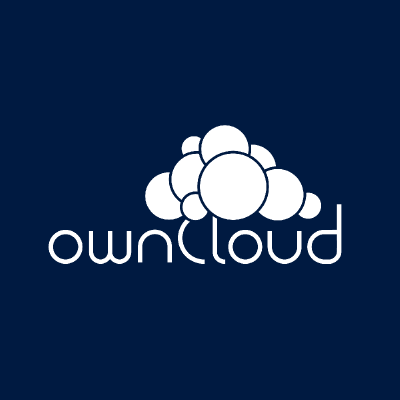 But there seems to be none for KDE as ready to install DEB package. How to get it?

I just set up a WebDav connection in Dolphin’s Network > Add Network Folder section. Then I just right click and choose “Add to places”. After that you have a shortcut to your Nextcloud storage in the left hand bar of Nextcloud which you can drag files to any time.

Interesting that this works, thanks for the hint. It does not solve my problem though – to get the sharing link I still need to login to the cloud web interface.

So this integration is a part of the client, both for Nautilus and Dolphin and thus should be in the deb packages. Packagers might split it up or not ship part of it, that is up to them of course.

I posted here on the status of Linux distribution packages: Linux packages status

I see it links to packages here: http://download.opensuse.org/repositories/home:/ivaradi//Debian_8.0/

And I see Nautilus integration but not Dolphin. This is packaged by “ivaradi”, using the Open Build Service, the project page is here: https://build.opensuse.org/package/show/home:ivaradi/nextcloud-client

I suggest to ask him if he can add the Dolphin package or help him do that. Well, ok, I just asked him, see here: Linux packages status

Would be nice to have deb packages of the Dolphin integration, or at least better build instructions for it.

The Ubuntu packages from Xenial on will soon be packaged to use Qt5 and provide a Dolphin plugin. However, I am unable to compile the Dolphin plugin on Debian 8.0 (or 7.0) due to some missing packages (e.g. kio-dev and some cmake config files).

Am I missing something, and there is actually some way to compile the Dolphin plugin for Debian 8.0?

i just added the repository for the client (kubuntu). And by adding that i saw a package called
nextcloud-client-dolphin.

Does anyone know what this package is? As a kubuntu/kde user it sounded familiar - but i could not find any further details about it.

Any updates regarding Nextcloud in Dolphin?

Or maybe the ability to see the files of the server, but not actually have it on the PC, like OneDrive’s shadow copies

Just in case anyone else finds this thread:
the dolphin-nextcloud package on debian stable and testing does exactly this:
https://packages.debian.org/bullseye/dolphin-nextcloud

dolphin-nextcloud is missing from Arch Linux and Manjaro repositories. Here is the Debian package. Nautilus version is available.

It is now officially shipped by SUSE: openSUSE Software