I’ve noticed there are two backup steps during updates. First when “Initializing” as in this screenshot: 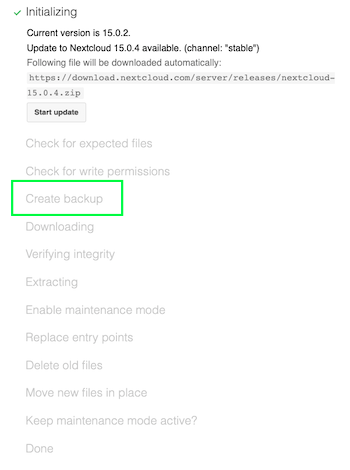 The second is after this process is completed, which I don’t have a screenshot. Are both necessary?

The first backup creates a folder under data/updater***/

Have you found another backup on your system?

I have not looked for a second backup on the server. I just noticed when updating from 13.n to 14.n and then 14.n to 15.n, the page that loaded after the Initializing page there was another step suggesting a backup. However, those were from major release to major release. I didn’t complete 15.02 to 15.0.4.

So I did receive the message again. 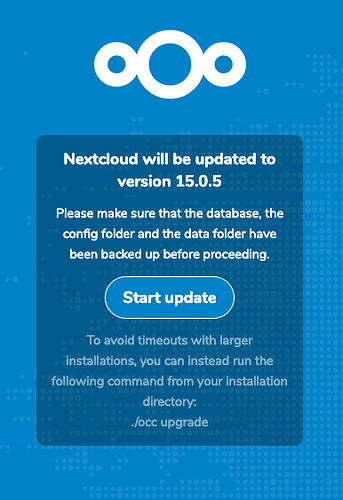 Is this second backup different to the backup performed during Initializing?

Oh, this is a misunderstanding.

The updater itself will save your installation (nextcloud folder incl. apps), but not your db and user data!

For this you have to take care about yourself.