Transfer ownership philosophy is wrong or it is not well implemented 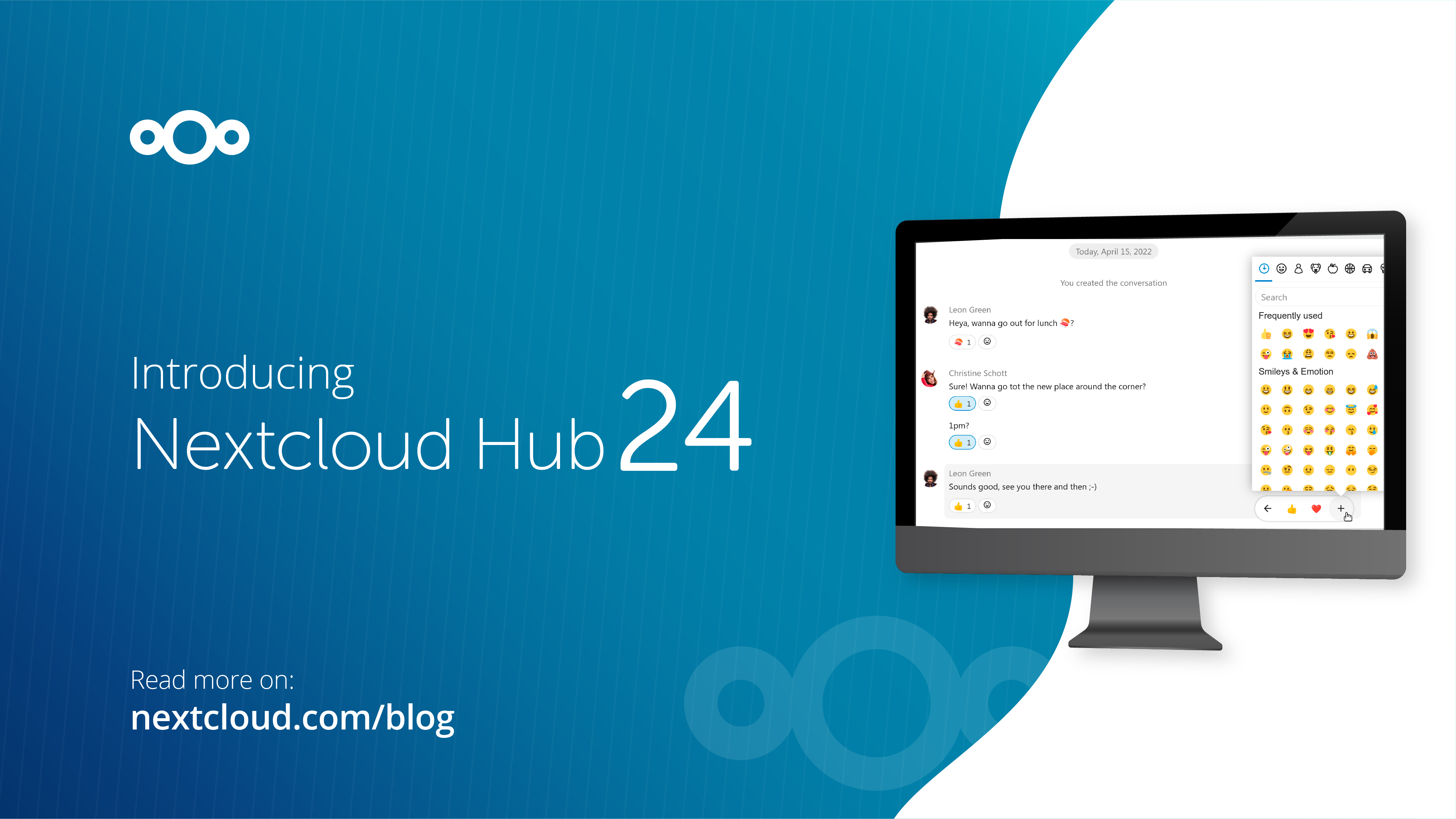 What happens to your data when a user account is deleted? - Nextcloud

This post was originally written in German by the German Federal Youth Council. Nextcloud is free software for sharing and collaboratively working with files, appointments, tasks, chatting, video conferencing, collaborating and much more. Nextcloud...

The post was written by the German Federal Youth Council and basically says that the owner of a file is the person who first created it and not the firm.

And I do not think that the work done during working hours in our office, belongs to the person that created it. I simply do not think so and it is not fair to a firm. Also, I do not think that transferring ownership file by file or folder by folder is not manageable when you have several hundreds or thousands of files and folders.

Last, but not least, I do not believe that the very first person that created a blank document is the owner of all the work done in that document, when later tens of people have worked in that document.

That said, when somebody leaves our firm we have to deactivate the account instead of deleting it. That causes that after 5 years over 20 users that are no longer working in the company, appears in the user list, for example to share files.

I will explain my case. We are a small office with 3-4 employees. We usually have trainees that stay from 1 to 3 months. They produce docs, photos, or libreoffice Calc sheets and other stuff.
In the past we shared some folders with them, when they needed to work in a specific project and they put there files. It looked the most efficient way to work.

We don’t do that any more. Now we share folders with them, but they cannot edit or add docs, we have to go each time through the painful process of sending the files by e-mail, and each of the employees have to put the files in there. I think that it is a waste of time and resources when the trainees could do it themselves. However, I find no other option.

That said, this is the only approach we can think of, so this is the way we do it. When a trainee finishes his training period, we can now delete the user safely, but we are now stuck with the other over 20 trainees that we cannot delete and that always appear as a share option.

Hope I explained myself well.

It is just a protest, who am I to protest against the German Federal Youth Council about the ownership of the files produced in my company?

Thanks for your attention

I’m pretty confident if you create a file in a groupfolder this is owned by the groupfolder. There is definitely no need to send files by mail (which completely out of scope of the Nextcloud)…

Well, it depends on who created the file in that groupfolder, right? if it was created by a trainee, that file will dissapear once the trainee is gone.

I was today just thinking about a similar example. Imagine a company with several IT guys writting code. If one of them write code for a company, and that code belongs to him, instead of to the company, Once he or she is gone, somebody will need to rewrite again the code. So no software would ever exist.

Does not make any sense to me, but again, who am I as compared to the German Federal Youth Council ?

Well, it depends on who created the file in that groupfolder, right?

a (virtual) groupfolder user owns the files stored within the groupfolder.

Regarding personal files: Once your employee leaves the company you need to transfer the files to some user remaining active. The file can not stay on the system and belong to deleted user. It could not work otherwise - the system could not know which user quota this files count against/who can access/share/delete the files… This a pretty clear reason why any file needs a valid user. Every file belonging to the user is deleted once this user is deleted.

Once you transfer the rights with occ files:transfer-ownership

or manually move the files into a folder owned by another user this user becomes new owner and can control the files.

Thanks for your reply. All files are created inside different company shared folders. Of course, they might have personal folders with stuff, but that is theirs, and there is not a problem with deleting those files.

So according to your statement, files created in a folder owned by the company will not be deleted, even though the file was created by another user. If that is the case, I think someone should point this out in this post. 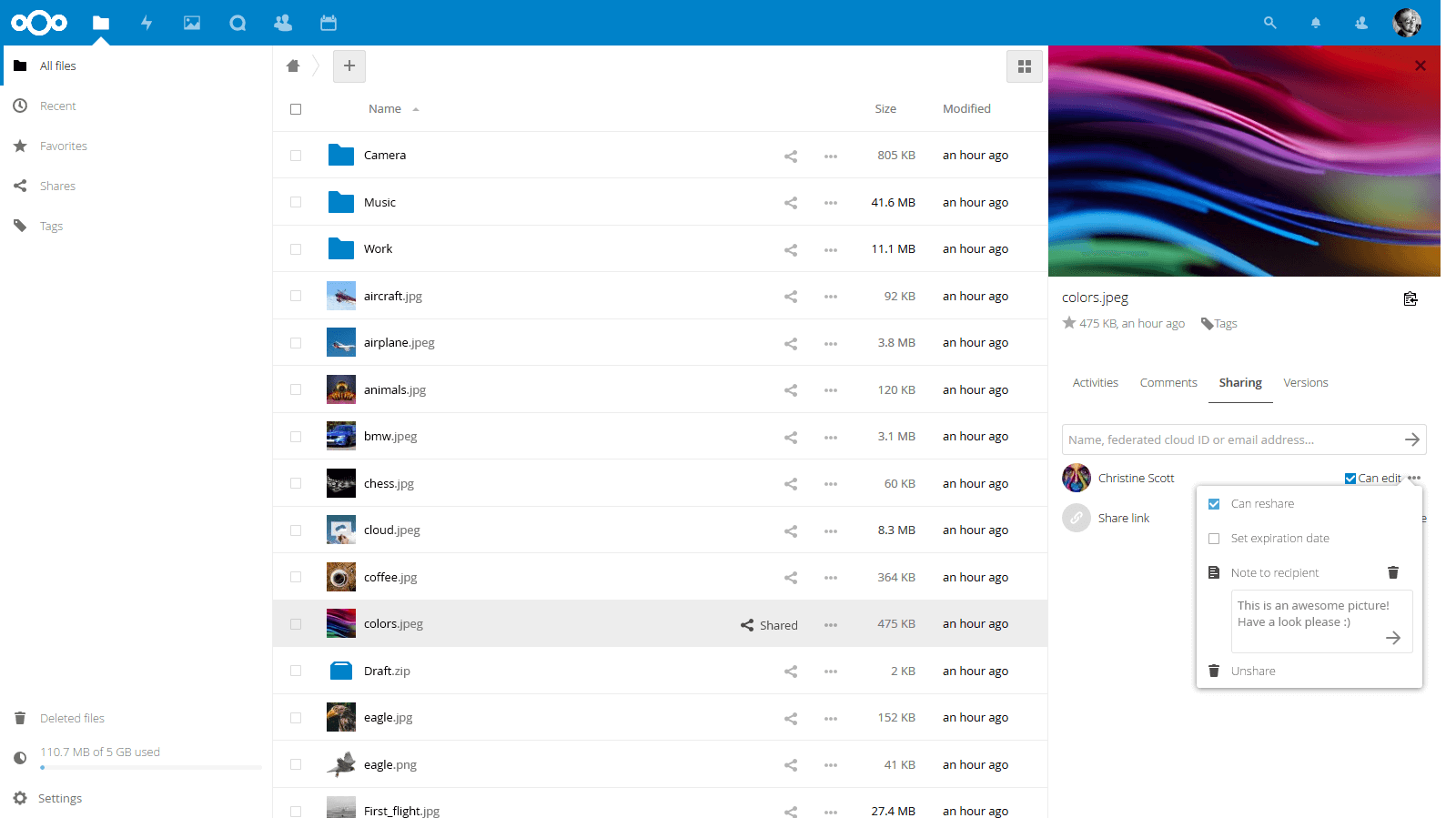 What happens to your data when a user account is deleted? - Nextcloud

This post was originally written in German by the German Federal Youth Council. Nextcloud is free software for sharing and collaboratively working with files, appointments, tasks, chatting, video conferencing, collaborating and much more. Nextcloud...

Because, if a trainee create a folder within a company shared group folder. Is this folder deleted, or not once the user is deleted? will the contents inside this subfolder dissapear even if there are files from other trainees/employees?

Thanks for your reply, but I want to understand how it works, and your replies are being very useful for me.

If that is ok, then I misunderstood.

I don’t get the point, it already says in the original document, that data remain if it is in a group folder, or if it is in a folder that was shared from you to this trainee.

Now we share folders with them, but they cannot edit or add docs

If you give write access, they can edit or add documents, why shouldn’t that work?

With fileaccess and workflow, you can add more specific rules (based on file types etc.):
https://docs.nextcloud.com/server/latest/admin_manual/file_workflows/index.html

Also, I do not think that transferring ownership file by file or folder by folder is not manageable

Why can’t you transfer a project folder of your trainee’s account? I suppose you don’t have to do this file-by-file.